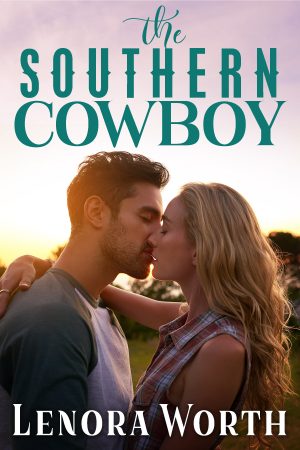 Can she heal from a tragedy too great to bear?

When Michelle Lancaster flees her hometown of Spirit, Louisiana to spend time at a beach retreat in Driftwood Bay, Florida, she only wants to run from the tremendous pain of a tragedy that caused her perfect life to shatter into pieces.

But on the day when the memories become too much, a man steps into her path on the beach and causes her beloved horse Coco to almost throw her. Not to mention this is the one man Michelle has tried to avoid. But laid-back boat captain and artist Brodie Stevens has his eye on Michelle and soon, he is pursuing her with a strong-willed determination. He too is haunted, but believes that together they can heal each other. Now the driftwood cowboy must convince Michelle it’s possible to hope… and to love again.

Brodie Stevens didn’t like horses. Maybe because he’d fallen off a pony once when he was around seven. Happened at a birthday party at some upscale beach house near his daddy’s bachelor pad and since his dear ol’ dad had been trying very hard to impress the wealthy divorcee who’d invited them to the party, he’d shouted at Brodie in a drunken rage to get up and get back on the horse.

Brodie had done just that. He’d survived the ride but he hadn’t survived the embarrassment. He and his dad were not and had never been close, so just to prove a point, after high school Brodie had found work on a big Florida plantation complete with a hunting lodge. The very same plantation where his father worked as a horse trainer and all around gofer. Brodie had outworked, outridden, and all out agitated his daddy to no end.

When Brodie got fired after a drunken brawl over a woman, he took himself off to join the Army. Just to prove another point.

But now that he was a self-declared beach bum, he’d stopped trying to prove anything to anyone. Especially to Broderick Stevens. He didn’t even talk to his daddy anymore, except for the occasional forced phone call. Last he’d heard, the old man was living in a trailer somewhere in Ocala, Florida.

Of course, he’d learned one thing from his philandering father. They both appreciated beautiful women.

So … even though Brodie hated horses, he had no problem with a beautiful woman riding a horse.

And since an intriguing woman riding a beautiful chestnut mare was headed up the beach toward Brodie, he smiled and watched in amazement. She had the air of someone who’d been around money, but she didn’t look like the debutante type. More of a society woman who’d settled into herself nicely. The dangerous type.

This woman knew how to handle a horse.

She was beautiful from a distance but as she approached, her long blondish-silver hair flying out around her face, a white gauzy scarf lifting over her neck and shoulders and dark sunshades hiding her eyes, Brodie noticed something else about this woman.

She didn’t seem to see him there. She appeared to be focused on something beyond him.

She wasn’t headed up the shoreline. She was headed right into the water. Right toward where he stood in the whitecaps.

As she got closer, the horse neighed and then reared up and kicked against the surf, causing her to finally see Brodie. She lifted the shades but the horse lifted and kicked again. The woman’s dark shades went flying out from her face, dropping into the whitecaps. The sea took them out in one giant surge of water.

Her eyes met Brodie’s in a panicked look full of despair and shock. Then she reached up and swiped at her eyes. She was crying.

Brodie saw the tear streaks moving down her tanned cheekbones, watched the waterworks flying out around her temples. Her tears glistened in the early morning sun while the salty surf of the Gulf of Mexico sprayed up toward her with each beat of the horse’s powerful hoofs. He could hear the animal’s snorts and breaths but the woman cried silently and looked away from Brodie again, her head up as if focusing on something far out over the water. Somewhere she needed to be.

She didn’t answer him.

Brodie stopped, held tightly to the two-foot-long piece of heavy driftwood he’d found washed up after last night’s storm. Held his breath against the pain he saw etched in her exotic features and saw the white-knuckled way she held to the bridle. Something was warring inside of her. She looked back at him and then she looked out at the deep waters beyond the swells.

He opened his mouth to ask again if she was okay but the woman nudged the big animal into action and the horse leapt right past him in such an ethereal crash of sun and surf, animal and dirt, tears and ocean, he had to blink.

Here one minute and then gone on by in a flash. Brodie sure knew that feeling.

Shaking his head and thinking he’d had one too many tequila shots last night, Brodie stood motionless and wondered if he’d imagined the whole beautiful scene. But his gut told him he’d stumbled into the path of a woman on a mission.

He pulled out his cellphone and called his best friend Sam Hinson just to get a reality check.

He’d probably woken up the ornery bartender. “Hey, Sam, it’s Brodie. What do you know about the woman on the horse?”

Sam grunted, coughed, creaked. “Not much. And … you need to stay away from that one, bro. Nobody messes with Michelle. She’s from Louisiana and she knows how to shoot anything that moves.”

“Michelle? From Louisiana?” The name suited her. “What’s her story?”

“She’s not here to tell you a story. She doesn’t go for small talk or pick-up lines, get me? She’s a nice lady from a small town. Leave her alone, Brodie.”

Yeah, Sam knew Brodie’s penchant for having a keen interest in beautiful women. “Okay, yeah. I’ll talk to you when you’re in a better mood.”

“I’d be in a better mood if you hadn’t woken me up with the roosters.”

The call ended due to Sam’s ending the call. Brodie stood there staring out into the azure morning water. The sound of the surf hitting the shore echoed in a gentle cadence. The way the sunrise slashed across the sea and made it glisten kind of reminded him of how that woman’s tears had glistened on her high cheekbones.

And he’d never been good at leaving well enough alone.

Maybe because he had gotten back on that pony all those years ago. He liked a good challenge.

The Southern Cowboy is currently available in digital format only: 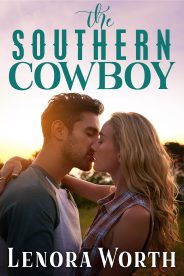 Did you know that The Southern Cowboy and many titles are available digitally from Tule's own bookstore? Check it out!