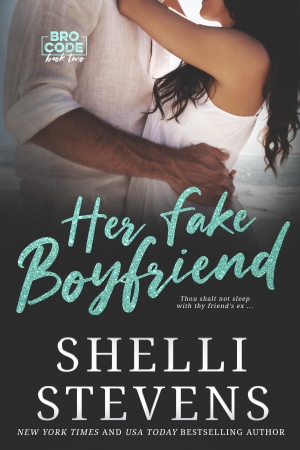 Thou shalt not sleep with thy friend’s ex…

Eric Nordland has been in love with his best friend’s girl since he met her. And now that she’s single, the temptation to make a move is killing him. Especially since their paths keep crossing. Dating your friend’s ex is a big bro code violation, but when Hannah comes to him in trouble, there’s no way he’ll leave her to fend for herself.

Coming out of the only romantic relationship she’s ever known, Hannah Jeong isn’t really looking for a rebound. But when the creepy parent of one of her students starts to stalk her, she jumps at Eric’s offer to pose as her fake boyfriend. What she didn’t expect was to start having feelings for a man she’d always seen as just a friend.

The line between right and wrong becomes fuzzier by the day as the attraction between them grows. Keeping Hannah safe from an obsessive man is just as much Eric’s mission as not giving his heart to a woman he can never have.