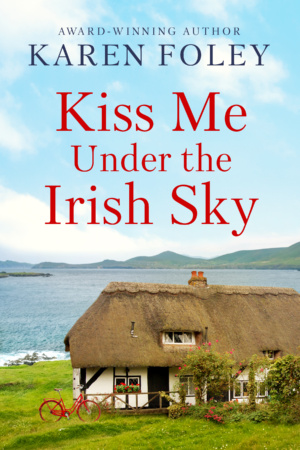 Kiss Me Under the Irish Sky

She’s ready for an enchanting summer on the Irish coast.

Chicago graduate student Rachel Woods is determined to complete her degree and take her place in the family textile business. But when she learns her late father once spent a summer at a traditional weaving mill in Ireland, she decides to follow in his footsteps. Rachel’s a city girl at heart, but soon finds herself falling under the spell of the Emerald Isle—and the charming man who saves her.

Conall McDermott knows all about following your dreams. He left medicine to pursue his love of running and turned that passion into a nationwide retail business. When his local trail leads him to a beautiful American woman trapped in a bog, Conall rescues her and is smitten. She wants to learn about Donegal tweed, and since his family owns the local woolen mill, he happily introduces her to the local weavers, culture, and community.

When the opportunity of a lifetime arises sooner than expected, can Rachel ignore the powerful attraction she and Conall share, or will she let him—and Ireland—weave their magic around her heart?

Kiss Me Under the Irish Sky is currently available in digital format only: 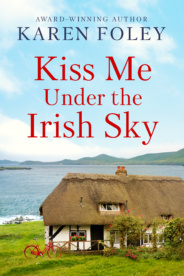