Carrigans of the Circle C 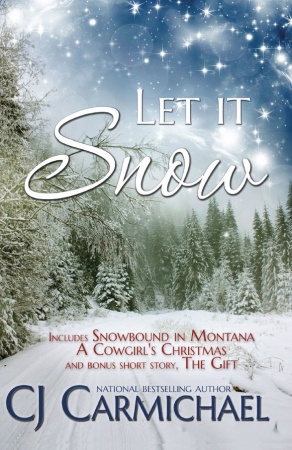 Part of the Carrigans of the Circle C series

And a bonus short story, The Gift!

What would you do if a child in need showed up at your door on Christmas Eve? Amy Gold, Bandit Creek’s kindergarten teacher, is not the sort of person to flout the law. Especially since she’s dating the local deputy, Gray Cassidy. But an unexpected Christmas gift is about to change everything—not just Amy’s plans for a traditional Christmas, but her entire future, and Gray’s as well.

Snowbound in Montana by CJ Carmichael

When Eliza Bramble signs up for the Christmas Mountain Ski package with Marshall McKenzie, owner of Grizzly Adventures in Marietta Montana, she’s looking to escape. Her Bramble B&B Christmas blog has just gone viral attracting the attention of a two-timing man who hurt her very badly. Getting out of town for Christmas is her only way to find peace. Instead she finds herself trapped on a vacation with a bickering couple and their two spoiled children, as well as a young married couple who barely speak to one another. The tension is almost unbearable—and then a blizzard hits, stranding them all in a remote ski lodge for the holidays.

Christmas is looking like a write-off, until Marshall suggests they make the best of what they have, and work together. Eliza is surprised to find that the avid outdoorsman has a special touch with people…and with her in particular. Soon she realizes Marshall isn’t just fixing Christmas—but her broken heart, too.

A Cowgirl’s Christmas by CJ Carmichael

For years Callan Carrigan has been her father’s right hand man, so when her dad’s will names city slicker Court McAllister the new owner of The Circle C Ranch, Callan feels betrayed on every level.

Then she and her sisters find their mother’s diaries, hidden from them by their father since their mother’s accidental death 18 years ago, and the shocking revelations explain a lot. Reeling, Callan seeks refuge in the local saloon, where it seems no one can reach her, until Court offers her a challenge.

If she agrees to be foreman at the Circle C for one year, he’ll deed the ranch back to her and her sisters. The deal seems too sweet at first—until Callan realizes Court has his eyes on something she protects even more than her family’s land—her heart. 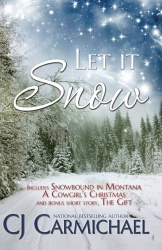 Let it Snow is available in the following formats: 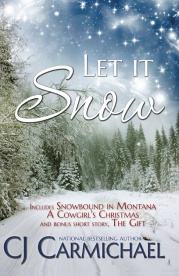