Carrigans of the Circle C, Book 4 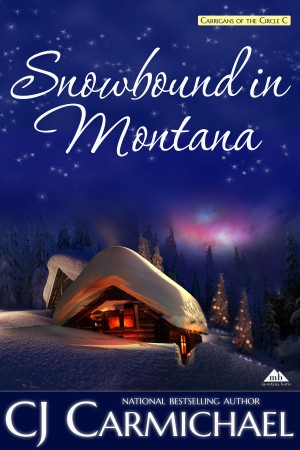 Carrigans of the Circle C, Book 4

When Eliza Bramble signs up for the Christmas Mountain Ski package with Marshall McKenzie, owner of Grizzly Adventures in Marietta Montana, she’s looking to escape. Her Bramble B&B Christmas blog has just gone viral attracting the attention of a two-timing man who hurt her very badly. Getting out of town for Christmas is her only way to find peace. Instead she finds herself trapped on a vacation with a bickering couple and their two spoiled children, as well as a young married couple who barely speak to one another. The tension is almost unbearable—and then a blizzard hits, stranding them all in a remote ski lodge for the holidays.

Christmas is looking like a write-off, until Marshall suggests they make the best of what they have, and work together. Eliza is surprised to find that the avid outdoorsman has a special touch with people…and with her in particular. Soon she realizes Marshall isn’t just fixing Christmas—but her broken heart, too.

In the dusk, the pine trees around them were just dark shadows, like a wall surrounding the pond. A few swirls of pink and light blue trailed after the departed sun, but mostly the clouds were shades of gray and black. The snow continued to fall, but thanks to the forest they were somewhat protected from the winds.

A minute later, Marshall saw a faint light emerge from the lodge and begin moving in their direction. Eliza. He couldn’t help feeling glad as she progressed toward them. It was a foolish thing, letting himself enjoy her company so much. But he couldn’t help being impressed with her. Her skill at cross-country skiing. Her thoughtfulness in helping Betsy in the kitchen. And now this, making time to skate with a little boy when she could have been indulging in a nap or a nice soak in the tub before dinner.

As she drew nearer, the overhead lights picked up the red of her jacket, then the gold of her hair. “I brought you a stick,” he said, skating toward her and holding out the extra one.

“No one told me I was expected to play hockey. I was just hoping I could skate without falling!” She laughed as she stepped tentatively on the ice. Her first few steps were wobbly.

“Let me help you.” He offered her his arm, and they made a slow circuit around the ice, while Kevin busily used a couple pieces of wood to construct a goalie’s net. Once that was in place, he began taking shots, and Marshall provided a little color commentary.

“Now, Kevin Ritchie’s got the puck, he’s working it past the blue line. No one’s open so Ritchie’s heading for the net…and wow! He shoots, he scores!”

Kevin whooped, took a jump in the air, then landed on his butt, laughing. “That was so much fun!”

They stayed out for almost an hour, he and Eliza taking turns in the net while the other acted as defense against Kevin’s offense. Finally, even Kevin admitted to being cold and they made their way back to the lodge, where Kevin’s parents were waiting for him.

“Young man, you need a shower before dinner.” Tina removed her son’s jacket, hats and mitts, while her husband took off the skates.

“No arguing.” Tina took her son’s hand and led him out of the drying room. Alec hung back for minute to talk to Marshall and Eliza.

“Thanks so much for taking Kevin skating. He’s quite a handful, our son. Sometimes Tina and I wonder if we brought the wrong baby home from the hospital.”

Marshall was so taken aback by this, he didn’t know what to say. Kevin seemed like a pretty normal seven-year-old boy to him. “It was fun.”

“Right.” Alec laughed, as if to imply that there was no way this could be true. “Well, thanks again. We’ll see you at dinner.”

Marshall put away the skates he’d just removed from his feet. Sitting on the bench opposite him, Eliza was still shaking her head. “What is that man’s problem?”

“You see all kinds in this job,” Marshall replied.

She still hadn’t taken off any of her gear. She was probably exhausted.

“Want some help taking off those skates?”

She laughed. “That would be awesome. My fingers are so cold I still can’t feel them.”

“Rub them,” he suggested, as he dropped to his knees in front of her and started working on the laces. Meanwhile, she pulled off her toque, sending her blonde hair in disarray. He felt his breath catch.

Once he had the skates off he gave each of her feet a brisk rub. “You need a hot bath.”

“That sounds so lovely. At least we’ve still got hot water. And power. When do you think this storm is going to finally end?”

He didn’t say anything at first. The hot water and power wouldn’t last much longer if the propane delivery didn’t come tomorrow. The truck had been scheduled for today, but that hadn’t happened. As for the weather… “According to the Satellite radio, we’re in a bit of a holding pattern. The blizzard’s probably going to hang around another day or so.”

“But—” She frowned. “Tomorrow’s Christmas Eve.”

He nodded. They were in for a white Christmas all right. More white than any of them had counted on.

Snowbound in Montana is available in the following formats: 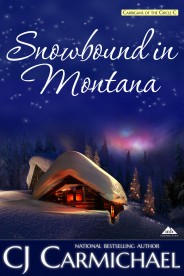 Did you know that Snowbound in Montana and many titles are available digitally from Tule's own bookstore? Check it out!