The Brothers of Whiskey River, Book 3 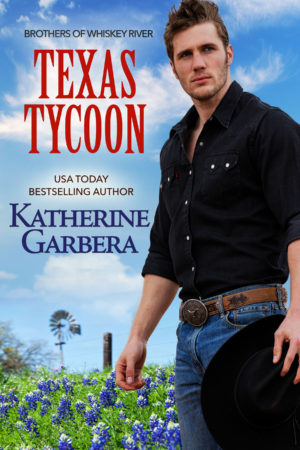 The Brothers of Whiskey River, Book 3

Meet the Kellys of Whiskey River, Texas, men who have always gone through life, and women, with their father’s legendary charm.

Wyatt Kelly, CEO of Kelly Boots, is rumored to do everything with his cowboy boots on, including seducing women into memorable one-night stands. Growing up the second eldest son of a philandering charmer, Wyatt’s seen first hand how messy relationships can get when the heart’s involved, and he’s determined to leave no scars. No woman’s tempted Wyatt to break his vow until he meets Juliette Rossi.

Juliette is all about business. She’s focused on turning the lavender farm she and her cousin inherited into a successful, world-wide company. Her meticulous plans are on the right track until she accepts a dare to spend the night with Wyatt after the annual Boots & Bangles Gala. Juliette’s fantasized about Wyatt for years… One night will get him out of her system for good, right?

Can she convince Wyatt that he’s more than his Kelly heritage? Will Wyatt agree that one night just isn’t enough?

“Why are you standing in the corner alone?” Chloe asked coming up next to her.

“I’m trying to decide if he’s worth it,” she said.

“Wyatt Kelly,” Juliette said. She took a sip of her champagne cocktail and looked over at Chloe. “What do you think?”

“If I thought I had a chance with him I’d be over there in a second. Why are you hesitating?” Chloe asked.

“He doesn’t do relationships. It’s like he’s trying to compete with the ghost of his father or something. But since I’ve been back in town all I’ve heard is how he romances a woman, sleeps with her, and then moves on. One night only.”

“That’s…crazy. I wonder why? Don’t you want to just sit him down—”

Juliette laughed. Part of the reason Chloe had come to Texas with her was to start over. She had been tired of her life in Paris or so she said, but Juliette and Ariana both suspected it might have had something to do with a man.

“I do. But mostly I just want to get him in my bed,” Juliette said. “See if I can’t make him stay for more than one night.”

“Maybe he has good reasons to keep things light. He just found out he’s got two half-brothers he never knew about, that’s got to be tough on a guy,” Chloe said.

Chloe was smart about people. But then Juliette preferred to spend more of her time focused on work and not relationships. She didn’t really know what the night would bring but she knew she wanted to see where things would go with Wyatt.

“I agree,” Juliette said. “So back to me staring at him across the room. Maybe it’s better to just let him be the one who got away.”

“Perhaps. But you have that look in your eye,” Chloe said. “The one that made me leave France and follow you to Texas.”

“Do I?” Juliette asked. “Good. I think I’m going to need all the bravado I had then to go after him. Wish me luck.”

Juliette almost looked around but forced herself not to. Was she going to do this? Go after a man that all the gossips said was only after one night with a woman.

It wasn’t that she expected every relationship she had to last forever but knowing that he probably only wanted one night made her want more.

It was messed up.

She knew better than to give into the wild feeling inside of her. It always led to trouble but right now trouble sounded good.

“Ladies,” Wyatt said as he joined them. He tipped his head toward Chloe. Wyatt was dressed in a tux that looked like it had been tailor-made for him. He also looked very comfortable in it. His boots she recognized as part of Kelly Boots luxury range. She’d seen their high-end shop on the Champs Elysees in Paris.

“Wyatt,” Juliette said, gesturing to Chloe. “This is my friend Chloe Cooper. We met in France. She’s a world-class chef.”

Wyatt took her hand and shook it.

“I heard about your cooking from Trey,” Wyatt said. Juliette watched Wyatt to see if he’d be intrigued by Chloe. But he just smiled at her and turned back to Juliette. “I’d like a dance.”

“Please excuse us, Chloe,” Wyatt said, leading Juliette out onto the dance floor.

A George Straight song, Let It Go, was playing and it seemed fitting to her. She stopped thinking about how long this could last; she knew from the past that no matter how much she tried to force the world to do her bidding, it continued to do its own thing.

He pulled her into his arms and she closed her eyes and thought about the fact that even here at home where she’d thought she would have more control, things were still changing in ways she didn’t want.

She was happy for Ariana who’d found happiness with Trey. But at the same time a little…edgy about it. Things were going to change between them, they’d have to. Ariana’s priorities were switching and once again it felt like Juliette was on the outside looking in at something she could never have.

She’d never been able to define what it was she really wanted.

“Honey, I can almost feel you overthinking this. It’s just a dance,” Wyatt said, his voice low pitched just of her ears.

She looked up into his eyes—those gorgeous grey-blue eyes of his—and wanted to let it go.

But it was hard.

“I don’t remember you being this intense,” he said.

“I used to hide it better,” she said with a half smile.

But, really, even as a child she’d been focused. She’d wanted something more than her workaholic mother had. And she’d thought she’d find it by moving to Paris. She almost had. This time—in Whiskey River—she would find it. She owned the business, well half-owned so there was nothing stopping her.

Most of the time it was easy to pretend around people, but tonight when she’d heard the room gossiping about Wyatt something had changed inside of her. If she were honest, she’d have to admit it had changed when they’d toured the factory a few days ago. She had seen something inside of him that had intrigued her. And he was no longer a stranger to her. He was a man she wanted to know.

“Well, no need to hide it tonight,” he said.

“Just tonight?” she asked. She’d been hiding who she was for so long; even she wasn’t sure who she was anymore.

“Let’s start with that,” Wyatt said.

What else would two people start with? She knew that and so let go of the half-baked ideas of being the woman who changed him and decided to enjoy this night of glamour under the big, Texas sky.

“Is it true?” she asked. “Do you do everything with your boots on?”

She laughed, the sound filled the room and made him react. For the first time since his dad had died, something made him feel.

He held her in his arms and forgot about gossips and new brothers. The dee-jay played a mix of old country hits by the likes of Alan Jennings, Merle Haggard, George Straight, and Keith Wells and new hits like the new song by Emma Jean Wells. He pulled Juliette closer as the beat of the country waltz filled the room.

A jolt of sexual awareness went through him. He glanced down but saw that Juliette had her face turned away from him.

“Do you think Ariana and Trey are going to work things out?” he asked.

“I think so,” Juliette said. “My cousin isn’t going to bend for anyone. She’s learned the hard way that she can only rely on herself…and me. But she’s stubborn, not stupid.”

“Trey is, too,” Wyatt said. Idiot. He had a gorgeous woman in his arms and instead of asking about her he was talking about his brother. Just once he wished he had the smooth charm his father did.

“So about you and the boots…”

He smiled down at her. “What about them?”

“Do you wear them all the time?” she asked.

“I guess you’ll have to kiss me and see,” he said.

“Kiss you? That’s fast. How about we finish this dance first?” she said.

“If I learned anything as Boots’s son, it was that life is too damned fleeting to waste time by not going after what you want.

Juliette made him feel young and alive. He wanted her for this night. Wanted to just forget about odd inheritance stipulations and new brothers and simply be Wyatt Kelly, legendary boot maker.

Texas Tycoon is available in the following formats: 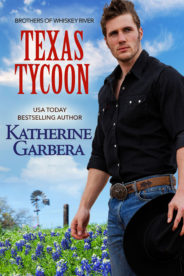 Did you know that Texas Tycoon and many titles are available digitally from Tule's own bookstore? Check it out!