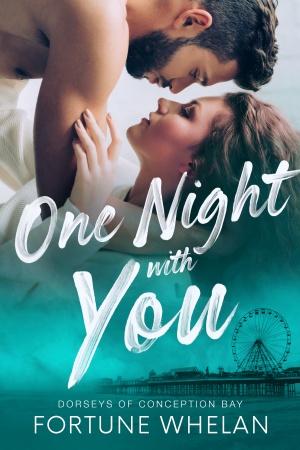 One Night with You

Their lives are about to change forever…but not how they expected.

Cheramie Johnston-Davies is almost set to embrace the path her family set for her—a handsome and ambitious fiancé, an enviable address, and a guaranteed board position wherever she desires. But when her grandmother passes unexpectedly, Cheramie gets a few more months of freedom while she steps up to secure her family’s legacy by completing the revitalization project her grandmother started.

Former risk-taking, adventurous Deacon Dorsey knows he needs to clip his own wings and create a loving, secure home for his preteen daughter after his ex dies. Considering his own unstable upbringing, Deacon’s work is cut out for him. He decides to settle in his hometown and invest in a local project in Conception Bay. He can’t change the past, but he’s determined to shape the future for his daughter.

An anonymous hookup in a Seattle hotel bar is a last night of freedom for Deacon and Cheramie before they settle into their new responsibilities. Only it’s not so anonymous when they find themselves on opposite sides of the same project…

One Night with You is currently available in digital format only: 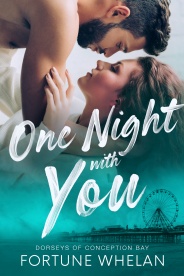