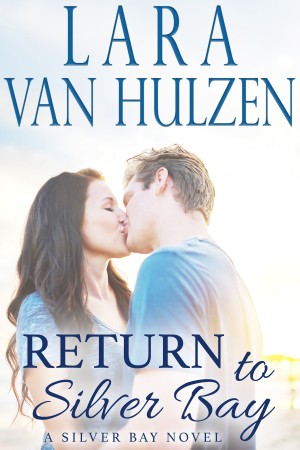 Maggie Mitchell returns to her hometown of Silver Bay expecting to bury her father, her past, and move on. But when Josh Harden, her high school sweetheart, shows up, her world gets turned around.

Drawn to Josh, but afraid of their history, Maggie’s head tells her she can handle things alone, but her heart says otherwise.

Recognizing a second chance when he sees one, Josh is determined to win Maggie’s heart once more and show her that she can trust love and begin again.

“Come on, Maggie! It’s your birthday.” Hannah whined as she drove, her voice like nails on a chalkboard.

“You sound more like it’s your birthday and I’m telling you you can’t go.”

Hannah rolled her eyes. They pulled into the parking lot of the fairgrounds, the multi-colored lights from the Ferris wheel reflecting in Maggie’s window. She’d fought long and hard to push down memories of her past, moving to Seattle after high school in an attempt to escape them entirely. Now, they washed over her in waves at the sight of the carnival she’d visited every year on her birthday.

“I cannot believe I let you drag me here.”

“What I need is a hot bath, a good book, and a new best friend,” Maggie said as she unbuckled her seatbelt and followed Hannah out of the car.

The lights swirled around her as they entered the Harvest carnival, a rainbow cutting through the night sky. Cheers and laughter filled the air. A woman pushed a stroller past them, the child inside licking a giant ice cream cone.

“See, this is fun isn’t it?” Hannah asked, her face glowing in the bright lights.

“I can hardly contain my joy.”

“What is with you and birthdays anyway?”

“I don’t know. I like birthdays. I just don’t feel much like…celebrating tonight.”

Maggie took one look at her friend’s face and felt terrible. It wasn’t Hannah’s fault Maggie’s father had just died. Not her fault Maggie was back in her hometown of Silver Bay facing the fact she now had no family, not to mention facing her past. “Hey, I’m sorry. Look, I promise I’ll cheer up as long as we don’t stay here too long. Deal?”

Before she turned around, she sensed his presence.

She turned in slow motion, but her head spun like a Tilt-A-Whirl at the sight of him. He was close enough she could reach out and touch him. She kept her hands dug deep in her pockets.

It was inevitable, her running into Josh at some point. Her heart was torn between wanting to avoid him and wanting to see him again. Now, with him standing in front of her, she was more confused than ever. He’d made an appearance at her father’s funeral, but they hadn’t had a chance to talk.

Hannah’s husband, Paul, walked up and hugged Hannah. “Hey, babe. Looks like you were successful at convincing Maggie to join us.”

“If you mean she dragged me here kicking and screaming, then yes,” Maggie said.

Maggie’s heart skipped a beat. His smile lit up the night, his laughter flooding her mind with memories.

She tucked a strand of her dark brown hair behind her ear and looked toward the carousel. A father was holding his baby girl upright on a bright, white horse with a golden saddle and red sparkles along the neck. The child squealed with delight.

“Who wants some food?” Paul asked, rubbing his hands together. “We all know the main reason you come to the carnival is to eat yourself sick, right? And I hear the deep fried Twinkies are amazing.”

“That sounds disgusting.” Hannah stuck her tongue out at her husband.

“How about a ride on the Ferris wheel?” Josh asked her. He jerked his thumb over his shoulder and tugged gently on her sleeve.

“That sounds fun,” Hannah said, clapping her hands. “We’ll meet you guys over there after Paul gets his gross Twinkie thing.”

Paul looked hurt as Hannah dragged him away.

“Come on. Just one spin on the wheel for old time’s sake?”

Nodding, she walked beside him toward the ride. She always did have trouble saying no to him. They waited in line for a few minutes, enough time for Maggie to take in how he’d changed since high school. His blonde hair was shorter than it used to be. And he had a five o’clock shadow that added to the sexy vibe he had going on. His jeans sat loose on his hips, a dark Henley shirt showing he’d kept up with his workouts over time. There were traces of the boy she’d known before, but the Josh who stood before her now was all man. Of course his eyes were still as blue as the ocean. She made a point to avoid looking straight into those. One look and she would be a goner. Again.

They climbed in a seat and latched the bar in front of them. “Hannah says you’re selling the house.” The Ferris wheel creaked, their seat swaying in the breeze the higher they got. Maggie swiped a stray hair from her eyes.

“Yeah, I’m gonna sell.” Looking out over the fairgrounds, she mentally berated herself for being stuck somewhere with him where she couldn’t escape. She’d managed to visit Silver Bay a few times in the past few years, but was able to avoid being near Josh. Her head told her there was nothing left between them. No feelings. No heat. Her heart said otherwise. The warmth of his arm up against hers and the cozy space wasn’t helping matters either. Not to mention the memory of the last time they were on a Ferris wheel together.

As if reading her mind he said, “Do you remember when we rode this the last time?”

Hoping the night sky hid her rosy cheeks, she said, “Yes. It was my seventeenth birthday.”

“We closed this place down.”

She smiled in spite of herself. “We sure did.”

“I think Paul ate everything in sight.”

“That wasn’t the problem. It was riding the Tornado afterwards that ended… badly.”

Maggie was grateful their seat arrived back at the bottom of the ride and it stopped for them to exit. She wasn’t ready to revisit the rest of that night with Josh. The only great birthday she’d ever had. He had bought her pink cotton candy and won an enormous stuffed bear for her that he carried around the whole night. Kissing her at the top of the Ferris wheel, he’d told her he would never let her go.

“How was the ride?” Hannah asked as they stepped off. Paul had a fried Twinkie in one hand and a Dutch funnel cake in the other. Josh and Maggie laughed.

“Sorry, guys, but I need to get going,” Josh said. “I told my sister I would meet her and the kids for a while and hang out, take the kids on some rides.” Something caught his eye behind them. “Hold on. Wait right here.”

The other three looked at one another. Maggie shrugged. She had no idea where he was going.

He returned a minute later holding a paper triangle covered in thick, fluffy neon-pink cotton candy. Handing it to Maggie, he smiled and said, “Happy Birthday, Maggie.” He kissed her on the cheek and was gone.

“So, based on the look in your eye, things went well with Maggie tonight.”

“Huh?” Josh looked from the carousel to his sister, Adriana, who stood beside him holding a large paper container of nachos drenched in cheese.

“Are those good for the baby?” Josh looked down at his sister’s daily growing abdomen then back at her face.

She waved a hand with cheese-covered fingers at him. “The baby is fine. If I have to give up caffeine, this kid can learn to live on some nachos. Besides, it’s not like I eat them every day.”

Josh raised a brow and looked again at his sister’s belly.

She back-handed him across the arm, barely keeping cheese from staining his shirt.

“Just kidding. You look great, sis.” He leaned over and kissed her cheek. He meant it too. She had two boys ages four and two with a baby girl on the way and she parented with ease and grace. And lots of patience.

“So, you’re avoiding the topic.”

“We had a topic? I thought we were discussing nachos.”

“No, we were discussing Maggie.”

He shrugged. “There’s nothing to discuss.”

“Ha! Not based on the look on your face when you walked up to me.”

“We took a spin on the Ferris wheel, that’s all.” Josh turned his attention back to the carousel. His nephews each sat atop a horse, their dad standing between them, an arm around each one. The boys were laughing, his brother-in-law, Brad, grinning from ear to ear. He had to be honest, he wanted that someday. And he wanted it with Maggie.

He was glad Maggie had said yes to a ride on the Ferris wheel. Not all of her memories were bad ones and he hoped that reminding her of some of their times together would help. She was so tense, but it was great to be near her again. It took everything in him to not hold her tight and tell her how he felt, just like he’d done all those years ago on her birthday. He knew she was fighting back tears the entire time. He would walk through fire to keep her eyes twinkling, to take away the pain that filled them now.

This was his one chance to win her over and he was determined not to lose her. Not again.

“Uh-oh. You’ve got that look in your eye again.”

“Isn’t it the younger brother’s job to torture the older sister?”

“Pshh. You and Jack tortured – torture – me plenty. It’s the big sister’s job to be nosy. Especially about the woman you’re in love with.” She dunked a chip into a glob of cheese and popped it in her mouth.

Josh shoved his hands further in his pockets and looked at his nephews once more. He did love Maggie. He’d never stopped. Sure, he’d dated in college and some in recent years, but every woman paled in comparison to Maggie.

Adriana nudged him with her elbow. “Hey. I’m just teasing. I have a good feeling about you two. I really do. Just be you. And coax her gently. She’ll get there.”

He nodded. And prayed his sister was right.

Return to Silver Bay is available in the following formats: 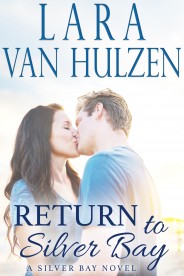 Did you know that Return to Silver Bay and many titles are available digitally from Tule's own bookstore? Check it out!