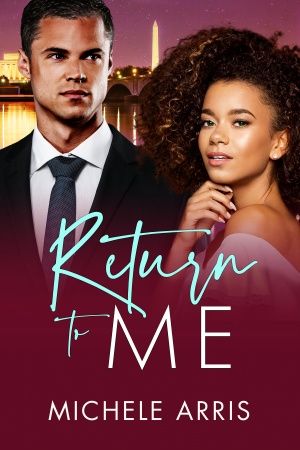 All she wants is to move on as quickly as possible—if only the universe agreed.

Custom pastry chef Evie Powell’s life is in disarray. Not only is she trying to divorce her husband, but her lawyer has a heart attack and her case is turned over to the firm’s senior partner, a man Evie knew intimately in her past. A man she hasn’t seen in over twelve years and who she wants nothing to do with. So why does he still leave her breathless?

Attorney Vincent Scott is a man of humble beginnings who has now made a name for himself running one of D.C.’s most prestigious law firms. When he’s handed a divorce case for the woman who left him back when he was a lowly car mechanic, he wants to refuse. Yet even now, Vincent is still drawn to Evie and will do anything to protect her.

But when a life-altering secret is discovered, can Vincent tell Evie something that would destroy everything?

This book will begin shipping February 25, 2021

Order links for Return to Me coming soon!