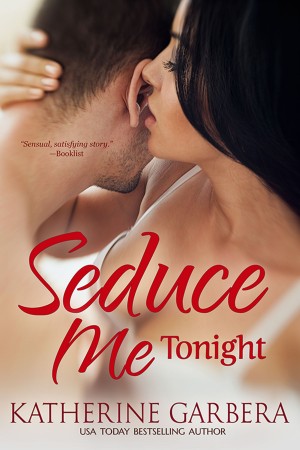 Designing and running a unique and successful family oriented South Carolina resort has been Alexandra Haughton’s passion. She’s not about to allow her crown jewel to be bought and revamped by a huge conglomerate even if CEO, Sterling Powell, personally arrives, champagne and contract in hand to try to persuade her to change her mind. He’s handsome, smart and wields a devilish smile that promises serious bedroom skills.  Alexandra’s interest is caught, but not for making a sale.  Her body may be on offer but not her hotel so Sterling needs to up his game.

Sterling Powell is determined to add Alexandra Haughton’s celebrated resort to his balance sheet, and the minute he sees her sexy lips mouth ‘no,’ the red flag of challenge has been waved.  He’s never backed down from a challenge, and it’s clear that his persuasive skills need to extend outside the boardroom. Alexandra Haughton requires some serious exploration of reintroducing to life’s most delicious pleasures—moonlit beach walks, candle-lit dinners and skin scorching kisses.  No one said he had to play fair, and he doesn’t intend to.  Only when sizzling sex isn’t enough and Sterling wants a more permanent merger, does he realize this is one challenge he can’t afford to lose.

Daniel and Brad weren’t waiting for her on the dock, but were out in the water on the jet skis.  She waved when she saw them and they gestured to the wetsuit draped over the railing.

Hers.  Even though she never used it, she’d kept all of her swimming gear in a locker near the marina.  The same one the boys used.  They had snorkels and scuba tanks.  The boys were part fish and until she’d taken over running the resort, she’d spent a lot of time on the water with them.

This was something of a ritual, too.  She used to love the water.  She’d been the one to supervise the boys on the jet skis when she and Marcus had first dated and were married.  She seldom went out any more, but every time they came to the resort, which wasn’t as often as it used to be, they tried to get her out on the water.

Sterling.  She glanced over her shoulder at him.  He wore only a pair of swim trunks and sunglasses.  He held a life jacket in one hand and a Coke in the other.

“Not today.  I’m meeting with the chef to discuss tonight’s menu.”

“When?” he asked, taking a swallow of his Coke, she watched his Adam’s apple bob as the drink went down.

She was glad she had her sunglasses on so he wouldn’t realize she was staring at him.  He was seriously ripped–must put in a lot of time in the gym to get this kind of body.

“Not until three,” she said, distracted by the remembered feel of his chest against her breast last night.

“Are you sure you don’t want to go out there?  Your brothers regaled me earlier of your skills,” he said, putting his Coke can on the railing and pulling on his life jacket.

“I’m sure they exaggerated.  They’re the daredevils, I just follow them with a first aid kit in case any of their crazy stunts result in blood.”

“They said you taught them all they know,” he said, a dare in his voice.

Or, was she hearing what she wanted to.  She couldn’t believe she was having this discussion.  At one time, life had seemed like one big dare and she had jumped waves, done stunts, and taken chances that she couldn’t comprehend doing now.  Yet a part of her longed for it, longed to let go of control and just do something that had absolutely nothing to do with running the resort.

“I might have shown them a few things a long time ago,” she admitted.  This was all Sterling’s fault.  The muddled feelings inside her.  She’d been content in her routine and her boring little life.  But one dinner and she was contemplating actually giving into the desires she was always able to overcome.

He did have a snarky way of talking, when he wanted to get a rise out of her.  She tried to ignore it, but it wasn’t her nature to let someone–anyone–get away with teasing her the way he was.

“What is your deal?  I haven’t forgotten, I just don’t want to go out there.”

He held his hands up, but didn’t back away from her.  Instead he took two steps closer so that only a few inches of space separated them.  “I wasn’t pushing.”

“Yes, you were.  Why?” she asked, trying to keep her eyes off his chest and on her focus on their conversation.  She should just walk away from him, but she didn’t want to. A part of her wanted him to goad her past her constraints.  To force her to have to go out there on the jet ski.

“This has absolutely nothing to do with intimacy,” she said, because she knew in her heart that it did.  If she let go of this one thing she’d pushed aside, would it be the beginning of a crack in the wall she used to protect herself.

“Maybe I just want to see you in a bathing suit,” he said softly.  He traced a finger along the vee-neck of her shirt.  She had used pressed powder to cover up the red marks left by his light beard last night.  Chills spread out from where he touched her.

Seduce Me Tonight is available in the following formats: 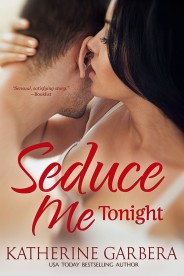 Did you know that Seduce Me Tonight and many titles are available digitally from Tule's own bookstore? Check it out!