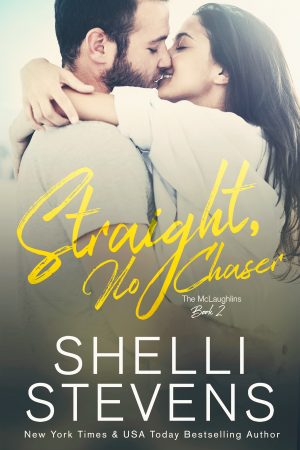 Deputy Colin McLaughlin is never looking for love, but something stirs his blood when former high school crush Hailey strolls back into his family’s Whidbey Island pub. He wants to keep nursing his anger at the woman who betrayed his family and nearly ruined his brother’s life. Instead, the desire burns hotter than ever… Not that he’d ever act on it.

Hailey Alexander knows her past is littered with mistakes. She’s worked hard to move on, but a certain Scottish-born deputy isn’t in any hurry to forgive or forget.

Can they fight the attraction that’s compromising their hearts?

Besides dealing with a drunken farmer firing shotgun rounds into the air, things were pretty quiet on his shift.

Colin yawned, more than ready to call it a day at his job as a sheriff’s deputy.

Right now a pint at his family’s pub sounded pretty fantastic, actually. He was contemplating heading back to the precinct when he spotted a familiar black Porsche racing by, going northbound on the island.

He pulled a U-turn and flipped on the lights and siren. Being the end of the day, he might’ve let that go, but not with this bloke.

“I know you see me, arsehole,” he muttered when the driver seemed in no hurry to pull over, but made no attempt to speed up either.

He was about ready to turn on the loudspeaker, when the vehicle finally pulled to the side of the road.

Walking up to the car a moment later, Colin barely restrained a bitter scowl.

“You’ve got to be shitting me. Seriously?” The driver looked as yuppie as ever in a navy polo shirt and aviator shades.

“You were speeding, and you’d better watch your mouth.” Colin didn’t bother to hide a hard smile this time. “License and registration.”

“This is the third time you’ve pulled me over in a year, McLaughlin.”

“Aye, well this is the third time you’ve been caught speeding in a year. Might want to slow down a bit.”

Charles Richland scowled as he handed over the required documents. “I think it’s more personal than you keeping the island safe.”

“I don’t much care to hear your thoughts, Mr. Richland. I’ll be back in a moment.”

When he returned several minutes later, he handed Charles the ticket and then returned his license and registration.

“You know what your options are by now for the ticket, I’m certain?”

Charles just smirked and tossed it on the passenger seat. “I’ll fight the ticket because we both know it’s bullshit. I doubt you clocked me at more than seven over. So forgive me if I don’t take you or your authority seriously.”

“And one thing to remember, Mr. Richland, is I actually don’t forgive easily.” Colin straightened to his full height and narrowed his eyes. “Have yourself a good evening.”

Charles’s laugh was loaded with irritation, but he called out, “You be sure to say hi to that sexy sister of yours.”

Colin’s crisp, unflappable control nearly snapped. Fury spread hot and volatile through every inch of him. The instinct to turn and beat the living shite out of the other man rode him hard.

Just barely did he make himself ignore Charles’s parting line and keep walking back to his cruiser. It was bloody unbelievable that the man was even roaming the island free. The fuckin’ bastard had nearly raped Kenzie and gotten away with it.

Literally. She’d pressed charges, gone to trial, and still he’d walked. All because his daddy was a well-known and respected judge on the island, and had a ridiculous amount of influence and money.

Maybe a few speeding tickets were petty, but until the day they could nail Charles Richland on something else, it was the best he could do.

Now that his day had officially gone to crap, that drink at the pub was sounding better by the minute.

It was Friday. Okay, it was Tuesday, but it was her Friday. And thank God for it.

Hailey finished adding notes to one of her patients’ charts, hit Save and then took a quick sip from her water bottle. Fifteen minutes ’til her shift ended.

What sounded amazing was going home, drawing a bubble bath and listening to Mumford and Sons until her mind was empty.

Her gaze flitted around the floor of the MPC, landing on Doctor Altwood as he stepped into one of her patients’ rooms.

The temptation to follow him in was strong. The patient, a four-year-old with third-degree burns to his chest, was terribly shy and intimidated by being in the hospital and the constant appearances of staff.

But the boy had grown to trust Hailey. To the point she was often the only one he would acknowledge or talk to. Even after three days in pediatric care.

Biting her lip, she made herself go on to her next patient to do a pre-meal blood-sugar check. But she kept her ears open for any distress from the child a few rooms down.

She was protective of kids by nature—always had been after essentially having to raise her younger brother.

A sharp wail of fear stopped her in her tracks. Her heart constricted, making her glance back at the door. Two seconds passed before Doctor Altwood’s head popped out of the room. He looked left, then right, and his pinched gaze landed on her.

With a small nod, she strode briskly to join him in the room. The sight of the small body, partially bandaged, with bright, anxious blue eyes watching the doorway, had her heart twisting.

“Hey there, Randy.” She kept her tone gentle as she approached the bed. “What’s all the commotion?”

The little boy’s gaze never left her, but he didn’t reply.

“Randy knows that we’ll need to examine his wounds and change the dressings, but he’s being a little difficult,” the doctor replied bluntly.

Asshole. Hailey kept the insult in her head, but her mouth tightened despite her best efforts.

Doctor Altwood seriously needed to brush up on his bedside manner. Or at the very least not work in the pediatric unit.

Hailey moved to the boy’s bedside and gently touched his hand—one of the areas of the body that wasn’t bruised. She crouched down a bit, to be closer to his level, and gave him a small smile.

“I know it’s super scary, but it’s something that we really need to do. We need to make sure you’re healing nicely and there’s no infection.”

His only reply was a slight whimper of fear. There were no tears. No plea for his mother—then again his mother had never been a source of comfort, it seemed. As for a father, there was none on record.

Maybe that’s why this boy tugged at her heart so much. He reminded her of herself when she was his age. At least a little bit.

“Would you like me to stay with you?” she offered.

“You’re off your shift in a few minutes,” the doctor cut in, the warning in his voice clear.

This time she couldn’t help casting him a look of disbelief. “I’m staying.”

And if you don’t like it, you can fire me. She knew her silent words were conveyed, because the doctor nodded and heaved a sigh.

“All right, then,” he said as he approached the bed. “Let’s get a look at that wound, Randy.”

Hailey set her name badge with everything else in her locker and closed the door.

She pressed her forehead against the cool metal and let out a heavy sigh.

“Hey, girl. Did you want to catch a ride with me tonight?”

Lifting her head, she frowned at Tanesha, another nurse and friend who’d apparently hung around after her shift.

“Tonight?” What was she forgetting? Shit. Apparently something, by the way Tanesha looked.

Her normally black, curly hair was flat-ironed into a sleek style, while she was dressed up in skinny jeans, a low-cut top and sparkly heels.

“Your day was that crazy, huh?” Tanesha adjusted her purse over her shoulder and arched a brow. “Wendy’s fortieth? Girl, it’s your Friday. There’s no reason why you can’t go and drink a few.”

“Oh right. Wendy’s fortieth.” Ugh. She’d forgotten the day after getting and accepting the invite to her supervisor’s birthday. “I…”

“…have skipped out on nearly every social gathering your coworkers and friends have planned,” Tanesha finished for her. “You’re not really going to do it again, are you?”

“No.” Not with the guilt ripping through her after that last comment. She wasn’t big on social situations and tended to prefer being alone. “I’ll go. I just… Can you give me five minutes to stop by my house and change?”

“Thanks.” So much for the bubble bath and Mumford and Sons.

Straight, No Chaser is available in the following formats: 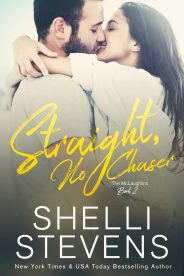 Did you know that Straight, No Chaser and many titles are available digitally from Tule's own bookstore? Check it out!