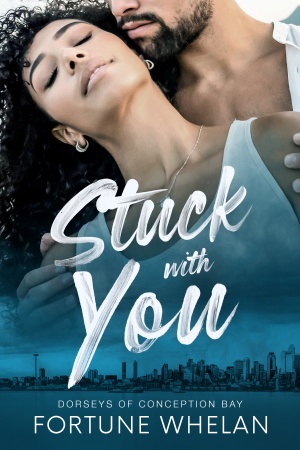 They’re both starting over. Fate’s determined they do it together.

NHL all-star Clark Dorsey is still at the top of his game, but he’s done with hockey. The night of the championship, Clark announces his retirement and returns to Seattle to spend time with his sick brother and figure out his next move. He needs to unwind, but his interfering brother sets him up by renting half of their shared condo to a beautiful, opinionated and fascinating woman.

Nurse Leena Lopez is done with the spotlight. When her whirlwind fairy tale romance ends in a cheating scandal, Leena’s suddenly broke, alone and hounded by paparazzi in a new city. Desperate to put down roots, Leena says yes when a patient offers her the condo he shares with his Canadian hockey star brother. She can ignore the teenage crush she had on Clark Dorsey—he won’t even be in town.

But Clark arrives and they’re both thrust back into the headlines they’ve been desperately avoiding. Can they figure out how to be alone together? Do they want to?

Order links for Stuck with You coming soon!