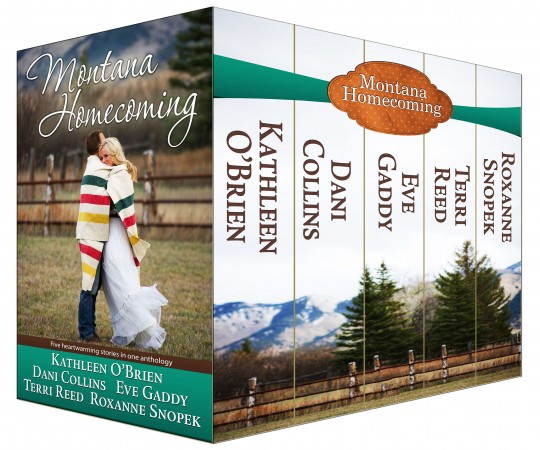 Part of the Homecoming series

Sing Me Back Home by Eve Gaddy

Dr. Jack Gallagher, one of Marietta, Montana’s most eligible bachelors, hasn’t been serious about a woman since his wife died five years ago. He’s been content to date occasionally, practice medicine and raise his teenage daughter.

Then happily divorced former fashion model, Maya Parrish, moves back to Marietta, with her own teenaged daughter in tow forcing Jack to rethink his casual dates only rule. Maya, Jack’s high school girlfriend and almost fiancée, may have broken his heart the night of their high school graduation, but the moment Jack and Maya meet again, all the sizzle and sparks, and then some, come rushing back.

Maya is ready to give love a second try. Jack isn’t sure he can take that chance again. He knows how quickly happiness can be ripped away, leaving heartbreak in its place. Can a mad, passionate affair last or will it burn itself out as quickly as it began?

Her Montana Hero by Roxanne Snopek

Fourteen years after her abrupt departure, Samara Davis is back in Marietta, Montana. Now a widow, all she wants is to give her anxious four-year old daughter, Jade, a happy, stable home. Unfortunately, the heritage house she purchased is nowhere near ready for occupancy. And the man responsible for the delay is none other than high-school golden boy and love of her life Logan Stafford, available, interested and just as swoon-worthy as ever.

But this single mother has one priority. She’s all Jade has, and she’ll do anything, make any sacrifice, for her child’s future. And getting distracted by a long-lost boyfriend is not on the agenda.

Logan Stafford never forgot the lonely girl from the wrong side of the tracks who broke his heart. Not only is she as irresistible as ever, but her delightfully odd little girl has him wrapped around her finger in no time. Believing they’ve been given a second chance, Logan’s determined to pull out all the stops on the house to prove to them both that he’s a guy they can count on.

But, despite how easy it is to love Logan, second chance is still a gamble Samara can’t afford to take.

At eighteen, Abby Foster had been the cutest little rich gal in Marietta, Montana. She could make boys do whatever she wanted—especially sweet, wild, penniless Joe Carlyle, who adored her. But a lot’s changed in the eight years since Abby broke Joe’s heart by marrying the rich guy her domineering father chose for her. Her father has died, and the “perfect” husband has bolted, taking all the money. More importantly, Abby’s grown up. She’s vowed to stop listening to other people and follow her own heart instead.

Right now, her heart tells her to return to Marietta. The wildfire she felt in Joe’s arms has haunted her, and, though she doesn’t expect forgiveness, she hopes maybe he, too, would enjoy a brief, no-strings affair. If they can share just the seventy-two hours of Homecoming weekend…well, maybe then they’ll both find it easier to forgive, forget, and move on.

But when she sees him, she realizes how naive that idea was. The years have changed Joe, too…and the passionate, powerful man he’s become isn’t someone she’ll ever forget. This time the heart she breaks may be her own.

Home for Good by Terri Reed

After making a deathbed promise to her father, Joelle Winslow is ready to seize the NYC business opportunity to take her jewelry designs global. All she needs to do is cash out her inherited half of the family ranch in Montana—which means convincing her childhood rival, and now co-heir, to sell or buy her out. Sparks fly when Matt, no longer a gangly, solemn teenager, but a tall, handsome cowboy with work-hewn muscles, is unwilling to give up on the legacy he’s worked so hard to keep without a fight. And part of his bargain includes Joelle staying at the ranch with him through Homecoming Weekend.

The son her father never had…

The Winslow ranch rescued Matt Locke from a life in the foster-care system. As an orphan boy adopted by Clark Winslow and groomed to take over the ranch, he wants nothing more than to marry, raise a family, and continue the legacy of the man who became a father to him after his parents’ tragic deaths. Matt can’t imagine a life anywhere else, and he definitely can’t afford to buy Joelle out. Can he convince the dark haired beauty to not walk out on him and her home a second time? 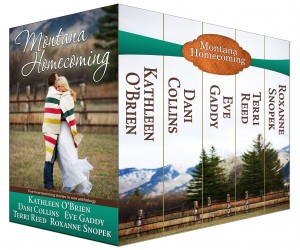 Montana Homecoming is currently available in digital format only: 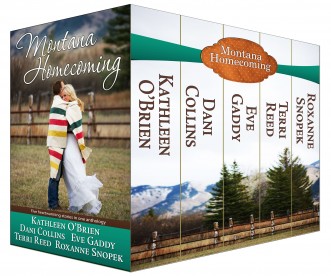 Sing Me Back Home →