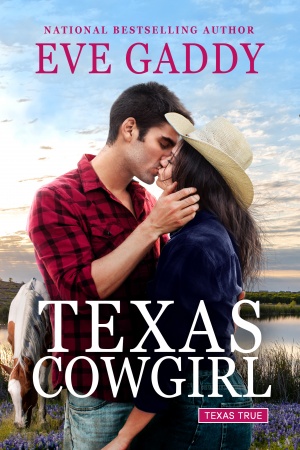 They’re made for each other, he just needs to prove it.

Pilot Nate Kershaw may be one of Whiskey River’s biggest players, but from the moment he met cowgirl Damaris Walker, he was smitten. After sharing a searing kiss years ago, she made her feelings clear so Nate doesn’t dare press for more than friendship. No other woman can win his heart, so when his beloved grandmother tells him her dearest wish is to see him settled down, Nate decides it’s the perfect opportunity to convince Damaris they’re meant to be.

After a devastating betrayal years ago, Damaris is still unable to trust or risk her heart—especially with a charming lady-killer like Nate. Against her common sense, she agrees to be Nate’s fake girlfriend and finds herself falling for him harder than she did two years ago.

When Damaris learns Nate has been deceiving her about his true feelings, her fears and trust issues reignite. Will Nate be able to convince Damaris to overcome the pain of the past and take a risk on forever—with him?