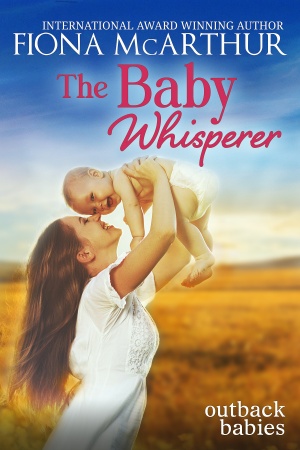 The last man she needs is another hero…

After losing her father, brother, and now her husband to their work in the fire service, midwife and mothercraft nurse Stephanie Lee leaves Perth for Wirralong to move near a midwife friend from university. She buys her first house along with the Wirralong Creche, where she’ll be able to immerse herself in looking after new mothers. Stevie’s not looking for romance, but when she meets her home builder, who’s everything she doesn’t want, she can’t resist.

When he’s not remodeling homes with his young crew of at-risk young adults, Eli Grayson is a volunteer for the rural fire service and international disaster relief. Eli’s never tried to resist the lure of a beautiful woman until he meets Stephanie. It’s love at first sight and captivated Eli is determined to win her trust and heart, no matter how long it takes.

She’s afraid to love and lose, but he’s convinced they can both win. Stevie has to answer the question, is Eli—the most compelling man she’s ever met—worth the risk?

Outside in the star-speckled blackness that surrounded the small farmhouse out of Wirralong, the night was warm and alive with the sound of night creatures. Now they could hear them.

‘You’re a baby whisperer.’ Fervent relief tinged her words as Maeve Bronson crawled into her bed, surrounded by the serenity of soothing silence inside the house.

Across the room in the white baby cot, red-faced but asleep, Tobias Bronson puffed tiny, peaceful breaths in his dreams. An angel slumbering deeply for the first time in weeks.

Leaning against the doorframe of the bedroom, Stephanie Rose Lee, Stevie to her friends, smiled and thought again how much she loved being a mothercraft nurse. And how much it had spared her sanity to soothe others. She savoured and soaked it in silently.

This scene. This stillness of night. This ambience … settled her seared-by-loss soul and made her remember to breathe.

Maeve might not believe her, not surprising as her poor friend had had no more than a few minutes of consecutive sleep in a month, but tonight they’d had a breakthrough. Toby would be better from here on in.

She’d had clients who found themselves sleepless after five previous ‘normal sleeping’ babies. Occasionally, the parent contributed to the lack of routine, but mostly it was the determined child.

Barring medical issues – which were different – some eight-week-old babies, like Toby, were just too alert, too interested in the world to fall asleep and they passed the point of settling around the four- to six-week mark. Their little brains whirred with ideas, and they homed in on their mother as the person they most wanted to communicate with. Day and night. Every hour. Sometimes nearly every minute.

Some babies didn’t understand the messages they were catching from their bellies or bodies. Some gulped way too much air when they hastily fed, or not enough milk when they were slow to sip—and some just loved to suck. All the time. And look around. And cry.

‘Toby’s like a tiny, relentless wave on the shore. He needs an impartial rock to beat against. I’m the boring rock.’

‘Not boring.’ Maeve’s mumbled words were tired and miserable. ‘And not a rock. You’re his godmother.’ She sniffed. ‘I understand why. He can feel my emotions.’ Even her tone dripped with weary tears. ‘I’m a midwife, for goodness’ sake. My husband’s a paediatrician. We couldn’t settle our own baby.’

‘I know you’re a midwife, Maeve. A fabulous one.’ They’d done their midwifery degrees together in Perth. ‘Go to sleep. This is my job. All babies are different. And you have a brain-busy boy.’

Stevie spoke softly, slowing her voice, soothing the mother towards sleep now. ‘He’ll probably be a genius like his parents when he finds his passion. For now, you are his passion. But you’re both off the chart exhausted. We’ve turned the corner.’

She switched the lamp to dim. And thought about her own sleep.

In the last fortnight she’d driven from Perth across the vast continent of Australia via the Nullarbor Plain, following an older couple in their caravan for company. She’d taken her time, stopped at small towns once the big bare expanses of long, straight roads were past, and savoured the trip.

She’d driven into Wirralong two days ago on the Monday that Maeve’s husband, Jace, had flown out, and the women hadn’t left the house since. Not even to see Stevie’s new in-need-of-renovation home or business enterprise.

There’d been such a cacophony of crying to greet her.

‘What if he wakes?’ That tinge of prolonged-sleep-deprivation-panic rang clear in Maeve’s usually calm voice.

‘If he wakes, you’ll know he’s found something he wants to tell you. Say “In the morning, Toby,” calmly and quietly, don’t lift him and he’ll settle. I’ll be back if you need me.’

‘Like that’s going to work,’ Maeve mumbled, but Stevie could tell her friend had almost succumbed to sleep.

Stevie slid from the room, partially closing the door but leaving a crack she could slip through if needed. She tiptoed past the dimly lit family room of the ranch house and upstairs to her guest loft.

Maeve’s husband, Jace Bronson, had been booked for a conference in Darwin where he’d been asked to speak on paediatric rural medicine over a four-day period. With the flights and distance involved, he wouldn’t be back until Sunday night.

He’d wanted to cancel, since Toby had been growing more unsettled every day for the last four weeks, despite agreeing months ago to be keynote speaker. Maeve had been going with him, but Toby changed that.

Maeve had urged Jace to travel without her and he’d reluctantly agreed, but only because Stevie was moving into town. Stevie, a mothercraft nurse and Maeve’s good friend, would stay over to help Maeve find a more settled routine for Toby until Jace’s return.

Jace’s daughter from his previous marriage, four-year-old Jemima, had gone to Granny’s for ten days and the plan was for Stevie and Maeve to find the secret to Toby’s happy place while Daddy and Jem were away. Come Sunday, Jace would come home, Stevie would start moving into her own house and get ready to take over the town’s creche.

Stevie hoped this move meant she could find her own happy place. Her own happy future. Home and family.

Since her husband’s death a year ago, she’d been drifting between wanting to stay in Perth because that’s all she’d known or yearning to start fresh in a new world. She would never be a volunteer again herself or fall in love with one. She’d find a sensibly cautious man to settle down with and be safe.

She was truly over losing her heroes.

Over being part of a firefighting dynasty.

Over waiting for horrific news. First her dad and only brother had given their lives for others in a fire rescue and then her husband, Bryce, had done the same.

Hopefully Wirralong had sensible men who took the time to think before they left their own families devastated by loss—because the next time she chose a partner she wanted a cautious man to love.

The grandfather clock chimed two am in the hallway.

Tiny babies everywhere would be waking their parents as she settled more deeply into the pillows. She tried not to think that, if Bryce had not driven into the fire, they might have their own baby by now. Not kind. Not a useful thought. Mean to her heroic husband.

Wirralong would be the perfect place for new beginnings. It was still spring. A small pretty town with a growing number of young families.

Here there were friends from her university days—Maeve and Lacey—and affordable housing, low enough for Bryce’s life insurance and the sale of her dad’s small house to cover renovating her tiny ramshackle dwelling, plus buying the creche business.

Her new house stood in need of repairs, but Maeve said she knew a guy who could fix it—the thought made her smile in the dark—Maeve had always known a guy. Tomorrow—well, today now—Stevie would meet him.

When she, Maeve and Lacey had been at university studying towards their midwifery degrees they’d worked and partied hard. Maeve had always known enough guys for everyone because her friend, a die-hard matchmaker, couldn’t help suggesting possibilities.

All Stevie had wanted was a nice safe man to love and have a family with. Instead, she was a widow. Childless. Alone.

The Baby Whisperer is available in the following formats: 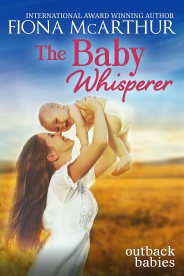 Did you know that The Baby Whisperer and many titles are available digitally from Tule's own bookstore? Check it out!