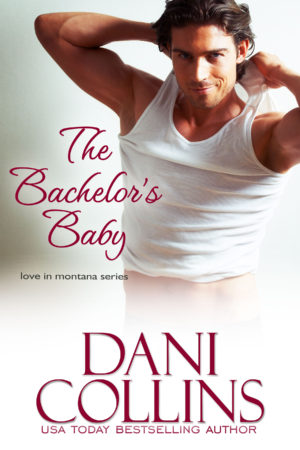 Your date with Bachelor #3 includes champagne and chocolate in the limo that collects you, a helicopter tour of Marietta and the surrounding mountains and valleys, and dinner at a five star restaurant in Great Falls.  While oil baron Linc Brady wines and dines you, a maid service will completely clean your home.

Who could resist this tempting offer, but Meg Canon plans to do just that.  She is only home to clean out her childhood bedroom for her brother’s new step-daughter and then she’s outta her childhood small town and back to her life in Chicago, but when she meets the sexy, renegade millionaire while she’s stuck in the snow, sparks fly and Meg is tempted to maybe stay a little longer.

Linc Brady is new in town and happy to help a kid in need, but this? Technically he doesn’t owe Meg a damned thing after she bids on him, after setting him up for the Marietta bachelor auction in the first place, but her high-class city polish is his fatal weakness and makes her impossible to forget. When she agrees to come home with him, he makes it clear he’s a confirmed bachelor. This is a one-night thing. One night that turns into nine months and maybe a lifetime…?

“Not funny,” a male voice growled behind her as Meg reached for a small box off a shelf in the hardware store.

Linc’s voice really was a turn on, all heavy and faintly abrasive, yet warm and rounded. Like good scotch, or an heirloom quilt.

He’d still been talking to Lily when Meg had left the grocery store, his neck red, his scowl a firmly fixed mask.

Meg didn’t know Lily that well, but had met her through Andie Bennet, who was made of awesome. She trusted Andie’s judgment, even though Lily was rumored to have been a stripper in another life and had only been in town a few years. Meg hadn’t lived here full-time since leaving for college and took all such gossip with a grain of salt.

Besides, despite Lily’s sometimes acerbic sense of humor, she struck Meg as the biggest heart of gold walking, especially given the fundraiser she was spearheading for Molly Dekker. Molly was another sweetheart—a kindergarten teacher and single mom whose only son had been injured last fall. Meg had genuinely wanted to help once she heard what Lily was trying to do for Molly.

The fact it had allowed her to lob another snowball in Linc’s direction was icing on the cake.

“What do you mean?” Meg asked with an innocent glance at him that actually made her heart skip as she took in his folded arms and planted feet. He was genuinely mad.

She cleared her throat and made herself face him, even though her blood stung a warning through her veins. At the same time, the worst of her girlish hormones fluttered, filling her with nervous excitement and giddy warmth.

“Why did you set that woman on me?” he asked.

“Lily? She asked me about Blake. She was disappointed to hear he’s engaged. She asked if I could think of any other eligible bachelors in town. I said I had just met a perfect one-date wonder.” Blink. Blink. Blink.

These baby blues had pulled Meg from basement cable interviews of small time activists to a relief position with a syndicated station. She wasn’t afraid to use them.

Linc was really tall. And had perfected his glower of intimidation. She privately admitted he worked that like a hot damn, but she’d made a career for herself in what was still a world heavily seeded to men. Outwardly, she didn’t falter.

“Can you tell me if these are self-screwing?” She held up the box in her hand.

His scruffed beard seemed to bristle as his jaw hardened. “Oh, you’ve got a handful of screw yourself,” he assured her.

She swallowed back a laugh, pretty sure that would get her into more trouble than she already stood in. Instead, she turned the box over in her hands. She hadn’t had this much fun in ages. “Maybe one nail would be simpler?”

“Why are you so pissed off?” he demanded.

“You think tricking me into standing on a stage and have women bid on me like a stud bull is funny?”

“I didn’t think you’d agree,” she defended. “It was an impulse to mention you, since you walked right by us and you’re, I assume, single?”

He narrowed his eyes.

Seriously? He didn’t see the humor in this?

“Look, I just…” She couldn’t explain it. Not without getting into how she’d let go of something today. Found herself again. She felt cheerful and sassy. She wanted to flirt. He drew her.

But she’d made him mad.

“You don’t even know me.” His tone said, It was a dick move.

She had to look away. Her cheeks began to sting. She suddenly felt very gauche and juvenile. Rejection was always a tough one for her and all she’d wanted was to keep playing with him. Now he hated her.

“I’m out of practice,” she allowed quietly, genuinely sorry. “Honestly, I didn’t mean anything by it.”

“Practice?” he repeated. “Doing what?”

Seriously? She lifted a gaze that let him see how uncomfortable she was, while scolding him for being obtuse.

He let out a choke of disbelieving laughter. “This is you trying to get a man’s attention? Are you twelve?”

She looked away, frowning, trying to hide that her eyes began to burn along with the back of her throat. Pointing Lily at him had been meant in fun, but it was becoming personal and hurtful. She felt twelve. Hell, she felt seven, realizing for the first time what it really meant to be adopted: that your ‘real’ mom and dad hadn’t wanted you.

“Look—” she started to say, ready to apologize, but only saw his back. He was walking away.

The Bachelor’s Baby is currently available in digital format only: 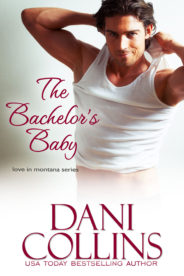 Did you know that The Bachelor’s Baby and many titles are available digitally from Tule's own bookstore? Check it out!