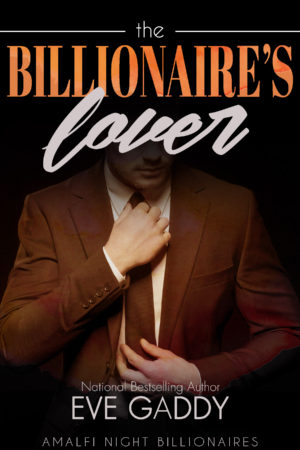 Summer St. Croix hates weddings. But when she meets hot-as-sin Luke Vanetti at her oldest friend’s ceremony, he promises to give her a reason to like them.

It’s all sexy fun and games until Summer realizes that Luke is none other than her new boss. Summer refuses to continue to have a fling with her superior, even though the passion between them still runs wildfire hot. But the billionaire private investigator doesn’t see the problem, especially since he knows that one night with Summer won’t be enough.

When Luke’s cousin sends an SOS asking for help in stopping a ring of jewel thieves from robbing his luxury hotel on the Amalfi Coast, Luke agrees. And Summer’s first assignment will be posing as his very sexy, rich, and bejeweled fiancée  at the Hotel dei Fiori Isola del Sole.

Playing the happy couple is hard enough during the day, but the nights… will those romantic Amalfi nights turn the charade into more than just a job for both Summer and Luke… for good?

Summer stayed in the bar for a short time but after the third guy came over wanting to keep her company, she left. She should, if she had sense, go to her room and just remember as perfect a kiss as she’d ever had. Apparently, she had no sense.

Unwilling to go back to the reception, she wandered out into the gardens. Off to her right was the gazebo where Sally and Jeremy had said their I dos. It was lighted, with flowers still everywhere, and it was eerily beautiful.

When Fran had told her she hadn’t believed her. She had to see for herself. She saw all right. An image she was afraid would color her feelings about weddings forever.

“I only looked out here because someone told me a beautiful redhead went out on the terrace. I thought you’d left.”

Summer turned her head and looked at Luke with relief. “I thought about it,” she admitted, propping her arms on the terrace railing.

Luke did the same, his arm brushing against hers. “Why did you stay?”

He didn’t ask what the other part was. Instead he brushed a finger down her cheek, tracing a tear she hadn’t known she spilled.

“Why so sad?” he asked softly.

“It’s a sad and tacky story.” And one she wasn’t ready to share. “I just want to forget it.”

He’d taken off his tux coat and tie and left them somewhere. The sleeves of his white shirt were rolled up. His forearms were tanned and muscular, and in the shirt his shoulders looked even broader. He held out his hand and she put hers in it. They walked around the garden in a large circle, stopping at the far end where a handy bench had appeared. The sounds of the party were muted. There was a breeze and, for some unexplained reason, it was cooler than usual tonight. Not that it wasn’t still hot. They were in Houston, after all.

“Did you scope this out? The garden path?”

“You are so suspicious,” he said, motioning her to sit. “No, Summer, I didn’t know this bench was here, but I’m glad it is.” He sat beside her and said pleasantly, “I’m going to kill my sister.”

Summer laughed. That wasn’t what she’d expected him to say. “Why?”

“She killed the mood. It’s only fair.”

Summer slid her hand up his arm, to the back of his neck. His hair just reached his collar. Playing with it for a moment, she marveled again at how soft it was. “Maybe we should try to recapture that mood. Just so you don’t kill Lori, you know. I’m willing to make the sacrifice.”

He grinned and put his arms around her, bringing her closer. “Now where were we?” He nibbled a kiss on the corner of her mouth. “Here?” He moved to the other corner and laid a butterfly kiss on it. “Or here?”

Summer put a finger on his lips, right in the middle. “I think we were here,” she said and kissed him.

He was good. Really good. Those lips and that tongue knew exactly how to play her. She didn’t know how long the kiss lasted but she was dangerously close to melting into a puddle of pure lust. Almost as slowly as it had begun, she broke the kiss.

“I think we got the mood back,” she said.

“You are a dangerous man,” Summer said.

“Come on.” He stood and held out his hand. Since she really didn’t want to have sex in the garden where anyone could walk by, and that was certainly the way things were going, she let him pull her up.

Luke tucked her hand into the crook of his arm and walked leisurely toward the front, continuing the circle. “Why don’t you like to dance?” Luke asked her. “I know my reasons but what are yours?”

She shot him a sideways glance. Normally, she’d never admit to a weakness or an imperfection. But what the hell. Who knew if she’d ever see him again after tonight? In fact, the chances were probably slim that she would. “I have no sense of rhythm.”

“Absolutely zero,” she said firmly. “Your turn. Why don’t you like to dance?”

“I don’t really mind it, but I can think of a lot of things I’d rather do with a pretty girl.” He studied her a moment as they walked. “I can’t believe you have no rhythm. You’re not clumsy. You move well.”

“Believe it.” She had tried to learn to dance long ago, but it was one of the first things she’d ever failed to do once she set her mind to it. Summer couldn’t even fast dance. Well, she could, but it wasn’t pretty.

“Oh, no. I’m not going back in there to the reception. Certainly not to dance.”

“Who said anything about going back? We’ll dance here. It’s just you and me,” he added.

“I doubt that.” He put his arms around her and placed one of hers on his shoulder and the other in the traditional stance, out to the side. Then he started humming and moving.

Summer tolerated it for a minute or two. “Your humming is excruciating. What is that song?”

Luke looked insulted, though his eyes twinkled. “Don’t you recognize Stairway To Heaven?”

“From your humming? No.”

They “danced” for a bit more. Disappointingly, Summer had not magically improved. She stepped on his foot several times, muttering sorry each time.

“Hmm?” she responded, minding her steps.

“It might work better if you let me lead.”

“Oh. Sorry.” She tried, she really did, but it was hot and she was starting to sweat, which made her uncomfortable, which, in turn, made her even clumsier than usual. So much for his assertion that she wasn’t clumsy.

Summer looked up at him. His eyes were laughing, though he hadn’t laughed out loud. Yet. She stepped on his foot with her high heel, but purposefully this time. “I warned you.”

“Ouch.” He yanked his foot from beneath her shoe. “Yes, you did. I have an idea.” He placed her other hand on his shoulder, and put his own around her waist. “We’ll just stand here and rock from one foot to the other. Or better yet, let’s stand here and sway.

They danced a little longer, with him holding her close and swaying. “I like this better,” she murmured.

He smiled down at her, then very slowly, lowered his mouth to hers. Kissing, sipping, a long lazy thrust and parry of tongues. He didn’t do anything else, other than hold her close and continue to kiss her. But Summer was snugged up tight against him and his desires were pretty damn obvious.

They drew apart and started walking again, holding hands. Neither one spoke. Summer didn’t know why Luke was quiet. She was busy convincing herself that she didn’t want to have a one-night stand. It wasn’t working so well.

Before long, they came to the gazebo and stopped to look at it. Reality slammed back into her mind, vignettes of misery, one after the other. Why was the site of the ceremony such a trigger? They hadn’t even gotten that far.

Summer looked at him instead of the gazebo. “Sorry. I was back in a really bad place.”

“The one that made you hate weddings.”

She nodded. “Yes. That place.”

“Do you want to talk about it?”

“No. I’d rather forget it, but that’s impossible.”

He kissed her, sweet and comforting at first, but it turned hot in no time.

She looked into his eyes. They were so expressive. She hadn’t known brown eyes could be so seductive, but his were irresistible. The longer she looked the more heated his gaze grew.

“What?” Her voice came out in a whisper.

“Let me give you a reason to like weddings again.”

The Billionaire’s Lover is available in the following formats: 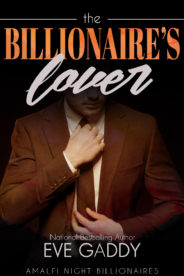 Did you know that The Billionaire’s Lover and many titles are available digitally from Tule's own bookstore? Check it out!