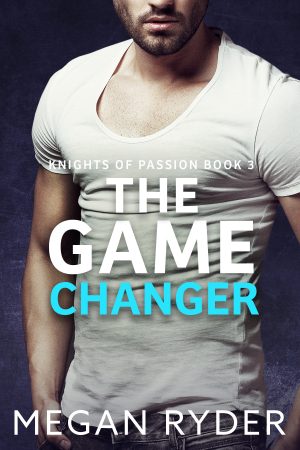 All-star catcher Dylan Prosser always has his head in the game. Accustomed to keeping opponents from stealing bases, Dylan is completely focused on getting the team to the playoffs no matter what the cost. He definitely doesn’t expect anyone to steal his heart and turn his life upside down–least of all, a stray dog and a beautiful girl.

After the ultimate abandonment by her family, Savannah Monroe channels her savior-complex tendencies into helping animals because they can’t hurt her like people can. Life at the animal rescue shelter has always provided the security and personal reward that she needs to be happy while protecting her heart.

But as she works with Sadie, Savannah soon realizes that Dylan’s dog isn’t the only one who needs saving…

“You know I didn’t mean to miss your big game intentionally, right, Dylan?”

Dylan Prosser shifted the cell phone from one ear to the other as he took a bite of his grinder, elbow firmly planted on the napkin ruffling in the slight breeze. A low whine from the woods several yards away made him look up at a small gray and white dog lying on the edge of the woods, staring intently at him, poised to bolt as if the slightest movement would trigger her to flee. People really should leash their pets. If he kept seeing her around, he’d call animal control and let them deal with it. No animal should be neglected as she clearly had been. Even from this distance, he could see cuts and scars across her muzzle and the ribs showing on her body indicating that she’d been on her own a while and not eating well.

“Dylan? You believe me, right?” His sister’s plaintive voice irritated him even over the phone line.

There was a time when she followed him around like a lost puppy, five years younger than he, always trying to be like her big brother. Then their mother had realized that Lindsey was cute and liked to act, then it was beauty pageants and casting calls and bit parts until she was discovered and became the lead in a young teen show.

“So, the reports of you spending the night in jail for a DUI had nothing to do with missing the home run derby?” The silence on the other end confirmed his suspicions and he sighed. “Lindsey, I’m worried about you.”

“Back off, Dylan.” Irritation lent an edge to his normally ebullient sister’s voice. “The charges were dropped. I wasn’t drunk, just had a few drinks. I just couldn’t get a hold of mom. She was with her new boyfriend or something.”

She laughed, a brittle sound. “You were hitting home runs at the derby and I’m sure dad was bent out of shape not being the center of attention, probably in no condition himself to be driving to the police station. I didn’t need him locked up next to me.”

Remembering his father’s irritation and the smell of alcohol that clung to him like a cheap suit, Dylan took another bite of his grinder. A louder whine drew his attention to the clearing. The dog had crept closer to him on her belly, about ten yards away, hunger clearly overcoming her fear of him. She licked her lips and fixed him with a hopeful stare, as if she could mesmerize him into giving her some meat.

“What’s that noise, Dylan? Did you get a dog? You did!” Her squeal almost deafened him and he jerked the phone away from his ear as she continued to talk. Even the dog jumped, but her hunger still overcame her fear. “What kind of dog did you get? What’s his name? Send me a picture!”

“Calm down. I didn’t get a dog. It’s just some stray that’s been hanging around for a few days. And I’m pretty sure he is a she. I was about to call animal control when you called.”

“Send me a picture.”

He sighed and snapped a quick picture and sent it. “Satisfied?”

“The poor sweet puppy! She looks hungry. You’re feeding her, aren’t you? She looks like Sadie. Remember Sadie, the dog you found when dad played in Seattle? She followed you everywhere. Whatever happened to her?”

His jaw tightened at the memory. As usual, everyone had to give up what they wanted when his father had been traded. That was the year Dylan’s little league team was going to playoffs. Instead of staying in the Seattle area until the playoffs were done as promised, his father insisted the family had to move immediately with him when he was traded because they were a team. Sadie was only one consequence of the trade, dropped off at animal control for an unknown fate. Dylan hadn’t even been allowed to say goodbye. He had come home from school to an empty house, Sadie gone, and everything packed in boxes stacked in the hall. Promises that he could stay for the playoffs, that Sadie could come with them, all casualties to his father’s demands.

Funny how the team only existed for his father. It never went back the other way until Lindsey got her hit show, then his father’s resentment shone through, irritated by the fact that someone’s star rose higher than his own. Their parents split at that point, with Lindsey and Dylan’s mother headed to California for the shooting and Dylan on his own at college. By the time Dylan was drafted, his father was out of the league and hitching his wagon to Dylan, hoping to ride him to a position in the big leagues. Fortunately, Dylan wasn’t a big enough star yet for that and his father began to drift, showing up when he needed money or when Dylan was on stage, like at the Home Run Derby or at the All-Star Game.

Just thinking about that night two days ago made Dylan cringe and lose his appetite.

He tossed the half-eaten grinder on the plate. “What do you think happened to Sadie? The same thing that happened every time dad got traded. Lindsey, I have to get to the stadium. But I’m worried about you.”

“Drinking? Getting arrested? You’re partying a little too much.”

“Don’t believe everything you read. You should know that. Just because you’re Mister Clean doesn’t mean the rest of us are happy sitting at home night after night. I’m just blowing off steam. I’m fine.”

He frowned but let it go. “Fine, but Lindsey? If you need me, you know I’d be there, right?”

She sobered. “I know. And think about keeping that dog! You need someone.”

He snorted. The last thing he needed was a dog or any person hanging around his life. No way would he ever be like his father, dragging everyone around with him, demanding they exist solely for his benefit. Dylan traveled too much for it to be fair to any animal. Another whine made him turn and see the dog now just a few yards away, a hopeful look on her gray face with the splash of white under the muzzle, the longing tugging at his heartstrings. His watch dinged, reminding him of the evening game. He glanced at his plate and the dog. He tossed the sandwich to her and she gulped it in two bites.

He headed into the house to grab his keys and go to the stadium. Backing out of his garage, he noted the dark rain clouds and the dog in her usual position in the woods. He stopped the garage door from closing, about two feet from the ground. He’d probably get some other wild critters like a skunk or a possum in there but maybe the dog would appreciate laying in that pile of blankets he had left in the corner if it rained. He’d deal with her tomorrow. If she was still there.

The first game back after the All-Star break was always a mixed bag. Some of the players had a few days off and were either off the wall with pent-up energy or sluggish with too much rest. Then there were the guys who had to play through the break, attending the All-Star game. It was an honor, sure, but attending the game was often more work than the regular season, with more ceremonial events and a lot more sitting around at the banquets, the Home Run Derby and the game. The three days were exhausting and, for a catcher like him, who could use the break, the honor just didn’t quite outweigh the desire to relax.

His headlights highlighted the new road heading to his house on the cul-de-sac in the new development outside Savannah. He loved the location of the house and bought it basically sight unseen as soon as he had heard there were few neighbors in this new development, since construction had almost halted due to the slow economy. He liked his space and the quiet, with the woods bordering his backyard and open grass around him. Being around people all day long, players and fans and staff, gave him a desperate need for space and alone time. He could breathe out here, relax.

As he pulled in the driveway, lights flashed on his white house and the partially open garage door. The driveway was wet from the heavy rain that had canceled the evening game earlier that night, puddles pooling in a few spots but the lights were still on so that was a plus. He hated losing power, especially in a new place. Living in Minnesota, his last home, he lost power constantly. And it was damn cold up there. He clicked the garage door opener and, as it started to rise, a pair of glowing eyes were revealed curled in the blankets. Within moments, the little dog from the woods was illuminated completely and not the skunk or other critters he had feared.

He stopped the car, curled his hands around the steering wheel and sighed. “Well, damn. I guess you did come in from the night terrors. Now what to do with you.”

The Game Changer is currently available in digital format only: 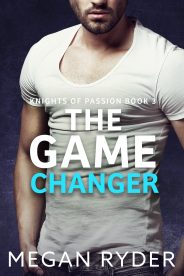 Did you know that The Game Changer and many titles are available digitally from Tule's own bookstore? Check it out!