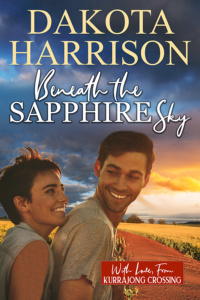 Hi!! I live in a winery-rich district in Queensland, Australia. What many people don’t know about me is that I also grew up on a fledgling vineyard/winery, which was just starting to get going when my parents decided to retire. Wine and wineries are close to my heart. They feel like home. So, writing Beneath the Sapphire Sky was rather cathartic for me, like my soul was coming home, in a way.

The wineries themselves that I created are an amalgamation of several in the area, plus a healthy dose of imagination. They are situated just out of the town of Kurrajong Crossing, but in reality the inspiration is the village I grew up in which is technically eighteen kilometres from the nearest town (which Fiona Marsden and I based Kurrajong Crossing on). 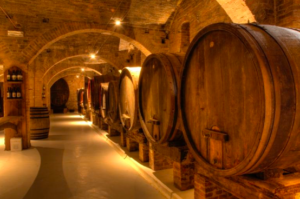 Dante is a hero I wish could have existed when I was growing up. The area here has a huge population of Italian families who migrated here after the war for a new beginning. Many of the local farms are still owned by the decedents of those original migrants, and most of my personal friends are from those Italian families. The noise, the boisterousness, the sheer personality of those families are something that makes me smile just thinking of them; and capturing that was important to me, to try and honor those special people in my life.

They say write what you know. Belle’s mother has strong echoes of my own mum, who had dementia caused by several small strokes. Some of the things in the book are things that actually happened between us.

I had so much fun with Dante’s brothers’ names. I hope you get a kick out of them. They were a hoot to write and will all have books in the future. Friends of mine know I’m a huge fan of the Teenage Mutant Ninja Turtles, and I simply had to layer that love into this book *huge grin*.

Belle herself is a woman I often see in this district—intelligent, driven, determined to continue her education, but gets thwarted due to circumstance. It’s easy to get stuck in a day-today grind and put our dreams on hold while life intervenes. Belle has to make a decision whether to take hold of her future and make it happen, or let it fade away.

My heroes usually come to me fully formed, but my heroines are more of a framework and it takes a good part of the book to get to know them, myself. I love the friends to lovers trope as it opens up so many options for fun and misadventure simply because they know each other so well. Or they think they do. And I love it when they fall on their faces from something that should have been an easy one to figure out, but they get things all mixed up instead because they’re still looking at it from the friend point of view.

I often see my stories in tiny snippets of scenes—vignettes, almost. A running movie with full color and sound, but only in parts. It’s up to me to flesh out the in-betweens, which honestly sometimes is the hardest part of writing a book for me.

So, if you enjoy small towns, wineries and good food, comment below to have a chance to win an e-copy of Beneath the Sapphire Sky (open worldwide), or if you’re in Australia, a print copy of the book. Just mention if you’re in the US or Australia in your comment, and tell me whether you’ve ever been to winery, and what your favorite wine is, and why. 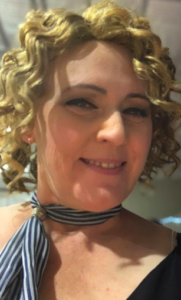 My first attempt at writing a book was about my first love—horses.

But this was no ordinary horse, he was from Alpha Centauri and could talk. I also illustrated this book. I learned the hard way that my writing was far better than my drawing skills.

Growing up on a steady diet of romance novels and sci-fi and fantasy in a house where reading of all kinds was encouraged, I never tired of finding fabulous books in both Speculative Fiction and Romance genres, but none crossing over. I dreamed of the day when the alpha prince would not only get his princess but would get the chance to bring their relationship to the fore, making it a major plot line.

I decided to combine my two loves and write the books I wanted to read. I love writing both alpha and beta heroes, all of whom I torture and make fall to their knees before their heroines and beg for mercy.

I live in Queensland, Australia, with my human and fur kids, and harbor a strange love of UGG boots. K and J-Pop feature heavily in my home, especially when drafting my novels, drawing inspiration for my heroes from the music videos and anime, much to my children’s delight and my husband’s sufferance.