Winter Austin stopped by the Tule blog to discuss the second book in the Benoit and Dayne Mystery series, Hush, My Darling! 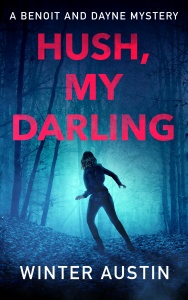 Where did you get the inspiration for Hush, My Darling?

Hush, My Darling came about with a tickling of an idea when I was writing The Killer in Me. Lila’s tragic past would come out and as I got to know her better and write more about her, the threads began to weave into the pattern I needed for the story. The hard part for me was not knowing who the actual attacker/killer was, I fought with this plot point until I was more than halfway through. I had hashed out ideas with Julie, my editor, when we had a Zoom meet going over editing details on The Killer in Me, and I had a general concept of what the antagonist was, but not who.

I also spend a lot of time listening to true crime podcasts, my two favorites being CrimeJunkie and Anatomy of Murder, both fed in for the filler points. I draw a lot of inspiration from something that has actually happened, or a little thread from something I’ve read, and I just roll with it, make it my own. But Hush was not an easy book to write, several times I had to stop and backtrack, remove huge chunks of the story and restart from another point because I was either forcing the characters to my will, or rushing ahead in the story. In the end, I really feared the editing process would take longer because we would have to rework the whole book. As it turned out, Julie assured me, I had it, and we just had minor tweaks to get to the final product. 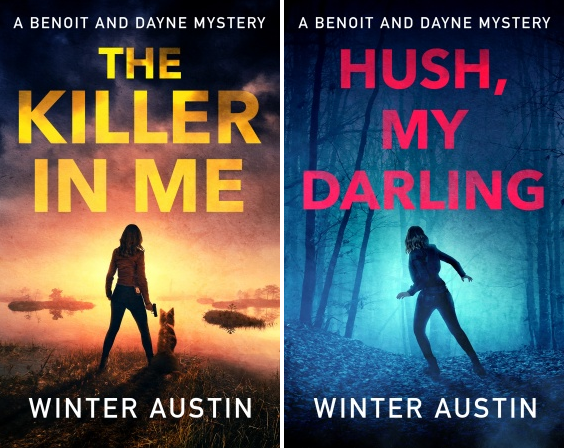 Can you share a fun fact about your two protagonists, Elizabeth and Lila, to help readers get to know them better?

Elizabeth, despite never having had children, is a mother-hen. She cares deeply for those under her charge to the point that she’ll cause harm to herself before she’d allow any to those she loves or cares about. This is a point she struggles with as a leader, as the sheriff, she wants her people to be open and friendly with her, but it gets in the way of her having to lay down the law or rules when broken. Yet, she has no qualms about bringing down the hammer to those who break the law.

Lila is still an enigma. It stems from her upbringing, Chicagoans are tough nuts to crack, and she’s no exception. We get to know her a little better in Hush, My Darling, but she’s dealt more blows that are going to change her in ways I’ve yet to discover. Lila is the Rubik’s Cube I hope I don’t ever solve, because she’s going to make for some very interesting future stories.

Are your characters set before you begin writing or do you let them develop as you go? What did that development process look like for Hush, My Darling?

For the most part, since we’re now into book 2 of this series, the main characters are set. There will always be new characters added, which happened here, and eventually characters will leave, but the main ones are set. However, a secondary character has now taken center stage with Elizabeth and Lila. The medical examiner/family doctor Olivia Remington-Thorpe has joined the cadre and I’m going to enjoy giving the readers more of her story.

I’m such a pantser/organic writer. I start with a concept and let the characters take me. I try to develop, but most of that is stuff that I play out in my head. I don’t like to write down things as it gives me the perception of it being in stone. I visualize a future scene and I write towards that. Once I have reached that one, it’s on to the next scene. Knowing the ending—which is a must in mystery/suspense/thrillers—helps me create scenes to work toward. This is one genre where you literally write the story backwards.

And Hush was a hot mess because I had no idea what the ending looked like, because I didn’t know who my killer was until halfway through. Once that fell into place, BAM! Story flow. There are a lot of authors who would hate my process, but I’m not them and they are not me. I have to juggle a lot of outside forces—job changes, family obligations, out of the blue interruptions, a pandemic, editing on previously written books, and trying to finish a college degree—and the stressors finally made me lay down new rules for myself. I do love my drive time going to and coming home from work. With certain music playing, I can let my mind story dream. Just wish I wasn’t so exhausted when I get home I can write things down, but the downtime is great for letting ideas simmer, they gain more flavor that way.

Usually weekends, most mornings before work, and some evenings after work, and if I’m really hot and heavy on the story, during my hour lunch breaks. If we’re traveling to cattle shows or now catching those college football or basketball games, I write while my husband drives. I spent a good deal of my time this past summer hanging out in the hotel instead of the hot cattle barn getting work done on my book. I try to handwrite when I’m dealing with writer’s block, but for the most part, I’ve got to have all my toys that are on my laptop. That whole visual/audio thing is a must, I need my Pinterest board of character models, and my go-to music, YouTube music and Audiomachine albums do wonders for scene moods.

I have begun to re-read the Guild Hunter series by Nalini Singh from the beginning. I love, love that paranormal/urban fantasy series and her style of writing. Between books I’ll re-read her psychological thrillers A Madness of Sunshine, and Quiet in Her Bones. And sprinkle in some of my fellow Tule Mystery author’s books. I’m way behind on some of them. 😊 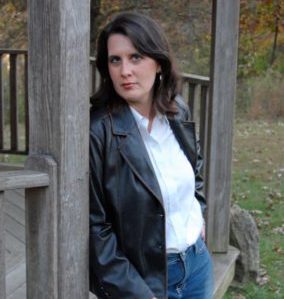 Winter Austin perpetually answers the question: “were you born in the winter?” with a flat “nope,” but believe her, there is a story behind her name.

A lifelong Mid-West gal with strong ties to the agriculture world, Winter grew up listening to the captivating stories told by relatives around a table or a campfire. As a published author, she learned her glass half-empty personality makes for a perfect suspense/thriller writer. Taking her ability to verbally spin a vivid and detailed story, Winter translated that into writing deadly romantic suspense, mysteries, and thrillers.

When she’s not slaving away at the computer, you can find Winter supporting her daughter in cattle shows, seeing her three sons off into the wide-wide world, loving on her fur babies, prodding her teacher husband, and nagging at her flock of hens to stay in the coop or the dogs will get them.

She is the author of multiple novels.