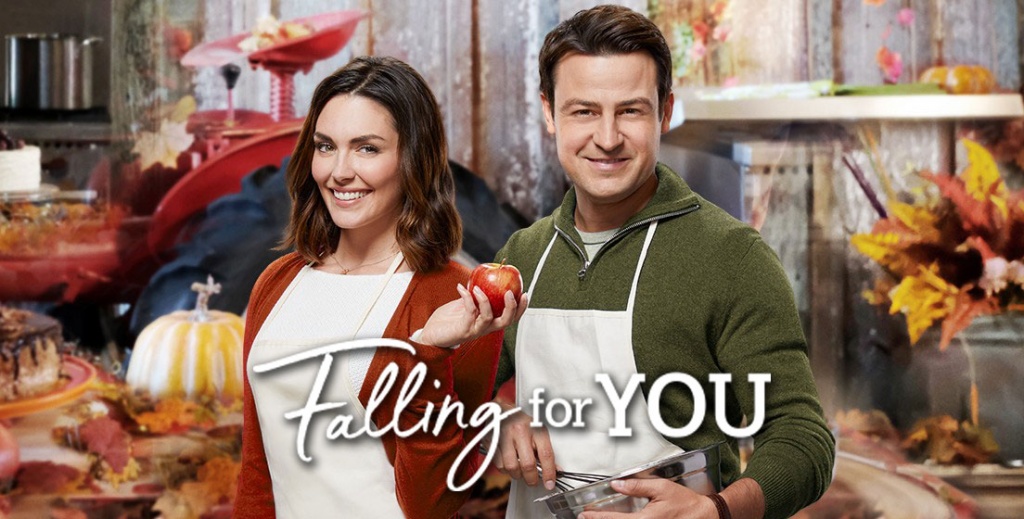 Jessica Gilmore‘s Baking for Keeps was adapted into a movie by the Hallmark Channel. Re-titled Falling for You, it premieres on Saturday, Oct. 6 at 9 p.m./8 p.m. Central. Jessica took time to chat with Tule about the book and its lovable characters.

TULE: You’ve stated before that you have a fondness for small towns — how did the setting of Marietta affect the storyline details of Baking for Keeps?

JESSICA GILMORE: So many people love Marietta, it’s really important to get both the ambience and the geographical details right, otherwise readers will let you know! So I really wanted to root my story firmly in Marietta by using all those details that make Marietta unique; this can be obvious things like getting hot chocolate from Sage’s or ice skating on the lake, or taking advantage of the countryside and include some scenes out on a ranch. But I also wanted to use the history of the town in the book, which I did with Mrs. Hoffman, an elderly woman who Lacey is helping to make an oral history, to move the plot along and build a sense of place. But most importantly Marietta helped create the conflict – Lacey loves her town and can’t imagine being anywhere else and Zac can’t wait to leave and get back to the city. That’s their difference right there.

TULE: Your heroine Lacey works as a local radio DJ — what inspired this particular job choice for her?

JG: I wanted to give her a way of being involved in the Bachelor Bake Off in a really integral way, but one that wouldn’t influence or curb the other stories in the series and publicity seemed like a good way to do that. And in my head I think I was thinking of Northern Exposure, and how the radio was so integral to the heart of a small community in that series and it seemed like the perfect job for her. She loves to talk

TULE: Who was more fun to write Zac or Lacey?

JG: Lacey. I really liked writing Zac, I think his taciturn nature is fun to test and watching him soften and reveal his sense of humour and caring side was really interesting, but Lacey is just really special. She’s caring and kind, with a real steel core, an ability to see tasks through. And she’s funny and chatty and says what she thinks. She’s great.

TULE: Lacey’s aunts Priscilla and Patty are a riot. How did you come up with their zippy banter?

JG: Occasionally, when I’m lucky, characters create themselves and that’s exactly what happened here. I have no idea where they came from, these sisters in law who are absolute opposites and the best of friends, but I could see them clearly before I knew anything else about the book – Priscilla with her sweatshirts and messy hair, and super-elegant Patty. They wrote themselves – I wish that happened more often!

TULE: We know you do a little baking yourself, what are your favorite fall desserts? (we have your awesome Apple Cinnamon Cupcakes recipe)

JG: I spent a year in Connecticut after I graduated from University and I got a real taste for pumpkin pie – not one I can indulge often as I don’t know how to make it and it’s not easy to get in the UK. I also love blackberry and apple crumble – and apple pie and the apple and cinnamon cupcakes I shared when we launched the series are an absolute favourite. Anything with apple really.

Apple and blackberry crumble is so easy and can be adapted to include whatever you have. Wash the berries and peel, core and cube the apples and cook in a saucepan with a little water, a teaspoon of cinnamon or ginger (or both!) and some honey or syrup for about five minutes and then put them in a dish. For the topping I like to use oats – equal amounts of butter and flour, maybe 100g (about 3/4 cup) and half that of oats and brown sugar and a pinch more cinnamon and/or ginger. Rub it all together until it has a crumb like consistency and bake in the oven for ten minutes then add to the fruit and bake for 15 more minutes in a medium oven. Serve with custard or ice cream, delicious!

TULE: Lastly, since you can’t watch the premiere live from England, if there was one screenshot you could have of the broadcast, what would it be?

JG: The kiss on the bridge – I’ve been watching the preview over and over and that scene is so romantic! I can’t wait to see it, I really hope I don’t have to wait too long. 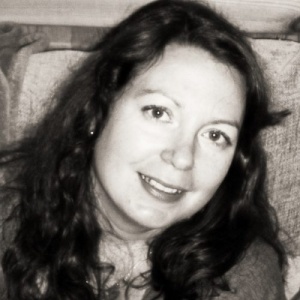 An ex au-pair, bookseller, marketing manager and seafront trader, Jessica now works for an environmental charity in York. Married with one daughter, one fluffy dog and two dog-loathing cats she spends her time avoiding housework and can usually be found with her nose in a book. Jessica writes emotional romance with a hint of humour, a splash of sunshine and a great deal of delicious food – and equally delicious heroes.