Jane Graves took the time to sit down with us and talk about the book that kicks off The DeMarco Family series, I Got You Babe 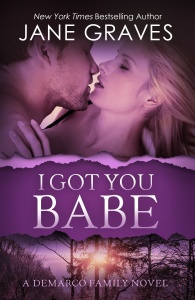 For the first book The DeMarco Family series, what were your biggest writing obstacles?
My biggest obstacle in writing I Got You, Babe was plotting it. Plotting is always my biggest obstacle. I love writing crazy characters that leap off the page, but sooner or later those bigger-than-life characters have to get involved in the story and move it forward.

There’s a scene near the beginning of I Got You, Babe where a nasty bounty hunter has caught the heroine and is taking her back to jail. She’s handcuffed in the passenger seat of his car, and he’s removed the inside door handle on that side. It took a lot of brainstorming, but I finally plotted her escape. It involves a slow-moving train, a McDonald’s sack, and a Bic lighter. I’ll usually find an answer, but sometimes it takes forever.

How much research did you have to do?
Frankly, I hate research, which means that most of the time I’m winging it. I only research things that would raise huge red flags if I got it wrong. For me, a book doesn’t have to be strictly accurate in every way as long as it’s entertaining. What happens just has to seemplausible enough that my readers will go along for the ride. Or the book has to have scenes the average reader would love to see happen even if, in the real world, they never would.

I Got You, Babe is about a cop who’s falling in love with an armed robbery suspect. He can’t bear to take her to jail, so he takes her home and handcuffs her to his bed until he can find out if she’s guilty or not. It’s fun. But if I researched the issue by asking a cop if a cop would ever do that, what do you think he would say? If I wrote only about things that would actually happen in real life, most of my books would never have gotten off the ground. That’s the reason I like writing fiction. I get to make things up!

What was the funnest part about writing the oddball suspects?
Seeing how outrageous I could make them. The crazier the character, the more fun I have with it. I work under the premise that if I have fun writing it, my readers will have fun reading it.

Who is more stubborn, John or Renee?
That’s a toss up. John is more hot-tempered and Renee is more calculating, but neither one of them will give in unless they absolutely have to. The scene where they’re walking out of the forest is a good example. He wants to get back to civilization, but she knows the minute they do he’s taking her to jail. All at once it dawns on her that he can’t carry her for miles, or drag her, so she simply sits down. Now what is he supposed to do? While he’s ranting and raving, she’s just sitting there with a crafty little smile on her face.

What are you currently reading?
This may seem strange to you after I’ve written 23 books, won the Rita Award (after ten nominations!), and hit the USA TODAY and New York Times bestseller lists, but I’m currently reading Save the Cat! Writes a Novel: The Last Book on Novel Writing You’ll Ever Need. I’ve never hit a place where I feel as if I have this writing thing all figured out. I’m constantly working on improving my craft and writing better books! 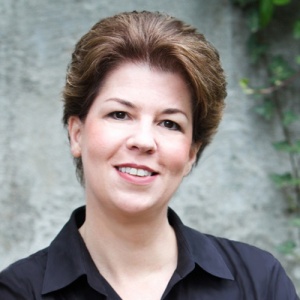 New York Times and USA TODAY bestselling author Jane Graves has written twenty-two contemporary romance novels. She has received Romance Writers of America’s RITA Award, the romance industry’s highest honor, and is the recipient of two National Readers’ Choice Awards, the Booksellers’ Best Award, and the Golden Quill, among others. Her books have been translated into more than a dozen languages.

Jane lives in the Dallas area with her husband, a highly organized engineer who keeps their lives in order because one of them has to. Her hobbies include daydreaming, avoiding exercise, and drinking cheap wine.