Nan Reinhardt took some time to talk about her new release, Christmas with You. 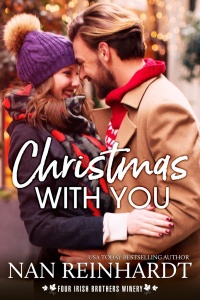 Christmas with You features a showboat. When was the first time you saw a showboat (real life or on-screen)?

Hmmm… I would say the very first time was in the movie version of Showboat, the 1951 musical based on Edna Ferber’s novel. I love the songs from that musical and somehow, showboats have always fascinated me. There are two on the lakes where we have our summer cottage—one, the Madame Carroll, is sort of what I based Aidan’s showboat, the River Queen, on since she has a stage and the owners do dinner theater on her, as well as proms and private parties and other events. The guys who own her were kind to answer my questions and share their knowledge. 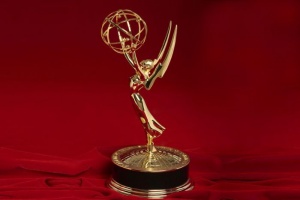 What was Aiden’s role on the hit TV show he was written out of?
He played Detective Pete Atwood,  a “hot cop” on the TV show, LA Detectives. Young, smart, hip, and sexy, he was the perfect foil for the older, more staid police detective he was partnered with on the show. Women fans adored him and he was the only one on the show to win both an Emmy and a Golden Globe in the same year.

Why is Holly’s son so fascinated with the showboat?
I think it is the combination of missing his dead grandfather, who owned the boat and the fact that Mateo wants to be an actor. The showboat represents that dream for him. Once Aidan bought it, it became even more fascinating because he already had a hero-worship thing going with Aidan’s character on LA Detectives, which is one of Holly’s big worries in the story.

How has Aidan invested in River’s Edge?
Mostly, he’s invested financially in his family’s winery, helping Conor and Sean out with new equipment and also, he always helps around the vineyard when he’s home. But he sees the showboat as another way to bring tourists to a small river town that depends on tourism to survive. Buying the River Queen, renovating her, and starting up the Showboat Summer college course with the local college is his way of giving back to the town and to the college that helped him get his start as an actor. He wants to give young actors the same opportunity to practice their craft that he had. 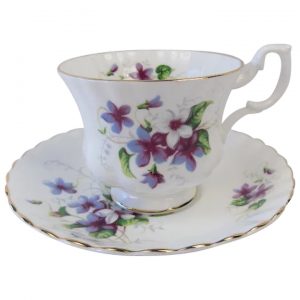 Does Holly have a favorite tea set? If so, what is its significance?
Interesting question—she should have, shouldn’t she? That didn’t come up in the book, although she did haunt flea markets and estate sales when she first bought the shop, looking for all kinds of different teacups and saucers and luncheon plates to supplement the plain white china that was already there. It was her effort to make the tea shop a little bit more kitschy and fun. I think maybe her mom should produce a tea set that Holly doesn’t know about as a wedding gift in book 4 (yep, another Flaherty wedding is going to happen in Brendan’s book). Perhaps a sweet set with hand-painted violets that might be a family heirloom. Thoughts, anyone? 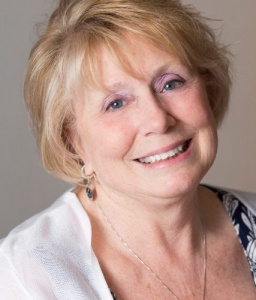