Nancy Robards Thompson dropped by to talk about the second book in her Wedding Bell Mysteries series,  A Crime of Fashion! 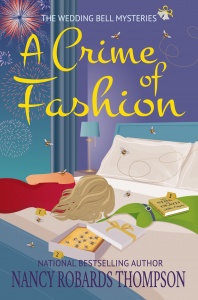 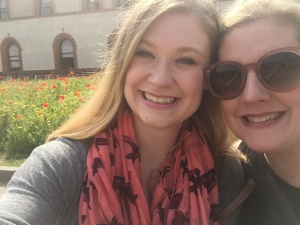 Maddie and Jenna are such a fun mother-daughter pair. Where did you get the inspiration for their relationship?

I’m blessed to have a very close relationship with my daughter. Now that she’s an adult, she’s my best friend. Naturally, our relationship had a big influence on my choice of mother/daughter sleuths. Added to that, I’m a huge Gilmore Girls fan. I devoured the show when it was on TV. I own the complete collection and watch episodes often. Stars Hollow, with its small-town charm and quirky cast of characters, is my happy place. I wanted to create a similar feeling of community in The Wedding Bell Mysteries. The Wedding Bell Mysteries are set in the fictional town of Hemlock, NC, which, it seems, is experiencing it’s a spike in crime. So, rather than straight Gilmore Girls, I’d say the series is more Gilmore Girls meets Murder She Wrote.

The plot of a cozy mystery usually revolves around a murder or another crime. Usually, the murder happens “off stage,” so there’s not a lot of blood and gore. The violence is “implied,” if that makes sense. A cozy might have a sweet romantic thread (mine do), but the romance is not central to the plot. In other words, you could remove the romantic bits and still have a story.  Oh, and if there’s a romance in a cozy, it’s usually sweet and chaste.

In a romance novel, the story revolves around the romance and features two people falling in love. It’s a couple’s journey toward happily ever after.

Women’s fiction stories chronicle the journey or life experience of at least one woman (sometimes there’s two or three) as she moves toward a goal. Her objective might involve falling in love or it might simply be about learning to love herself and being content with her own company. She might make these changes willingly, but often change is thrust upon her. While women’s fiction novels can have a traditional happy ending, it’s not uncommon for the story to have a “satisfying” ending. The main character might not get what she wants, but she will grow and change as she faces challenges.

You can see, all three are distinctly different. Choosing my favorite is like choosing a favorite child (though, I only have one), or maybe selecting a favorite food is a better example. One day you’re in the mood for a big plate of spaghetti and meatballs, another day you might crave the homey comfort of a chicken dinner, and another you might want a spicy curry. It’s all about variety, and I feel so blessed to write all three genres. Though, I must admit, once I finish a book, I’m eager to write something different and I’m excited for the change of pace the other genres offer. 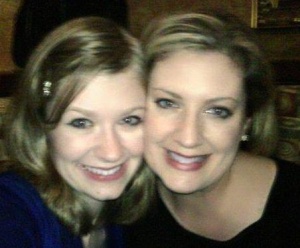 How do you relate to Maddie and Jenna, and how do you hope readers will relate to them?

Maddie and Jenna have a close mother and daughter relationship. Because of my daughter and I are so close, I relate to the pair in that regard. Maddie and I are kindred spirits since we both write cozy mysteries and live in a small town.

I think readers will relate to the Wedding Bell Mysteries heroines for many of the same reasons that I do, and because – solving murders aside – their experiences with love, family, and community are universal.

In the first Wedding Bell Mystery, SLAY BELLS RING, Maddie found herself attracted to Hemlock’s new Police chief, Jackson Bradley. Jackson is a widower and Maddie is in limbo because her Navy pilot husband – the only man she’s ever loved – has been missing in action for several years. She can’t bring herself to move on because if she does, it means she’s given up hope and he’s never coming back. However, she can’t deny the fact that she’s attracted to Hemlock’s new chief of police. In book two, A CRIME OF FASHION, Maddie and Jackson have their first date. That scene was not only fun to write, but emotional, too. 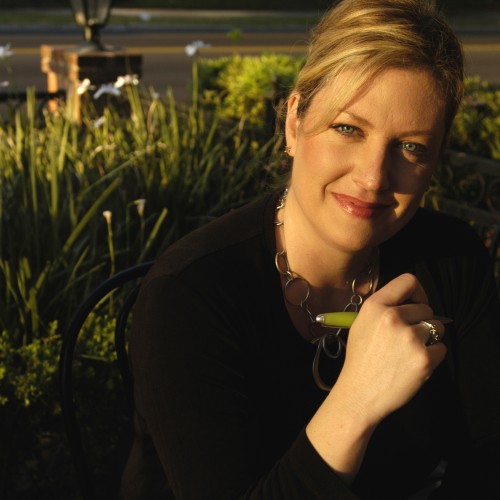 Award-winning author Nancy Robards Thompson has worked as a newspaper reporter, television show stand-in, production and casting assistant for movies, and in fashion and public relations. She started writing fiction seriously in 1997. Five years and four completed manuscripts later, she won the Romance Writers of America’s Golden Heart award for unpublished writers and sold her first book the following year. Since then, Nancy has sold 30 books and found her calling doing what she loves most – writing romance and women’s fiction full-time.