For the Love of Scones 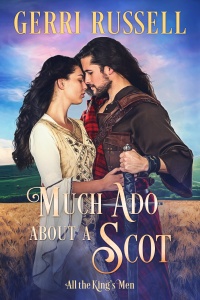 In celebration of my latest release, Much Ado About a Scot, book five in the All the King’s Men series, I wanted to take you all on a little journey as I reminisce about a trip I took to Scotland. My goal was two-fold: to do research and to find the perfect scone. Is there such a thing as the perfect scone—that fluffy goodness you can top with honey or jam, lemon curd or clotted cream? Come with me and find out…

I started my search in Glasgow at The Willow Tea Rooms. After walking around Glasgow all day, I was pretty hungry and ended up eating two finger sandwiches before I remembered to take a picture of the three-tiered cake stand. But here’s what remained of the first sampling of traditional scones with strawberry jam and clotted cream. The scone was delicious, fluffy, and buttery. That became the baseline for the rest of my trip. 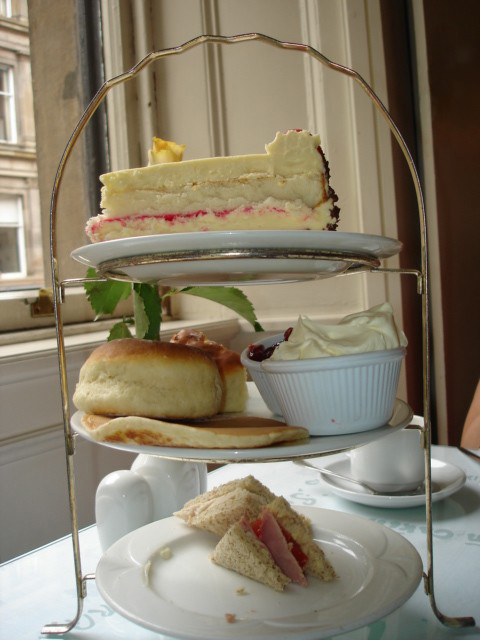 Another stop was in Ardnamurchan, northwest of Fort William, at a gem of a tea room next door to the post office, which was handy since I had some books I wanted to send home—after all, this was a research trip too. Scones at Acharacle were an added bonus.

I tried a cheese scone this time for variety. And while it was lovely, and just about anything tastes great covered in butter and more cheese, it wasn’t my favorite. I guess I prefer sweet scones to savory ones. 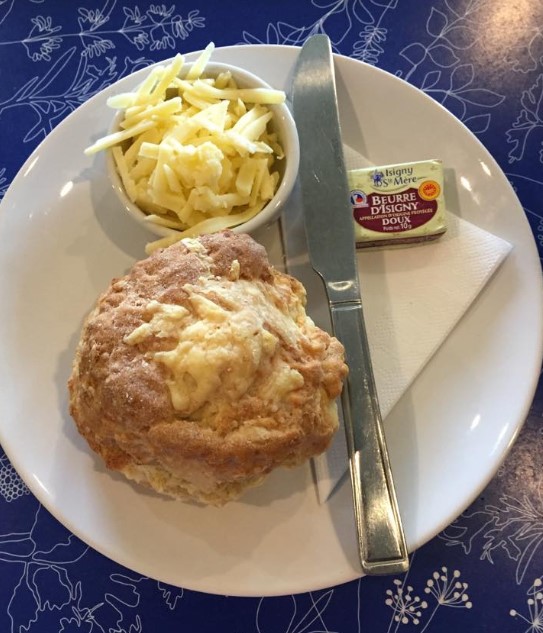 The next tasting came at the Castle of Mey, the Queen Mother’s residence in Caithness, in their tea room.

After touring the castle, it was nice to sit and have a refreshing pot of tea. I’ve always been a tea drinker, and I prefer my tea black, no milk or sugar. Except when it comes to Scottish tea which is really strong…sometimes you need a splash of milk! 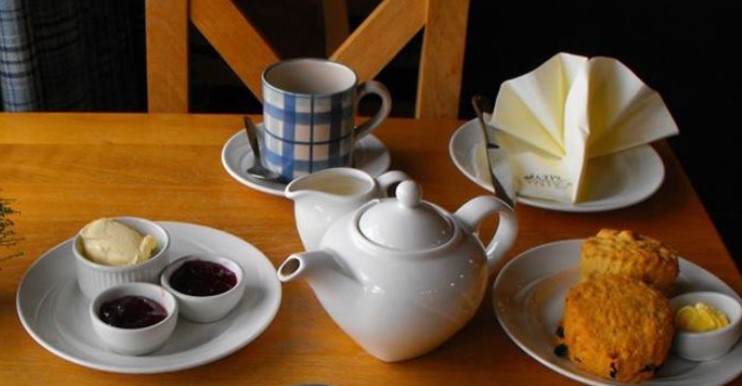 This time I tried fruit scones—with sultanas/currents. They were served with both butter and clotted cream. I, of course, chose the cream and jam. I can get butter at home. Clotted cream is a little harder to come by. And while the scones were delicious, I was still undecided about which was the best scone in Scotland.

The last place I looked for scones was in John O’Groats. It was a tiny town on the northeastern tip of Scotland that felt very much like the edge of the world as the cliffs fall off into the sea.

And here at The Old School House tea room, I found it! The perfect scone. It was light and fluffy, with golden currents. Covered in raspberry jam and clotted cream—it was a little slice of heaven. 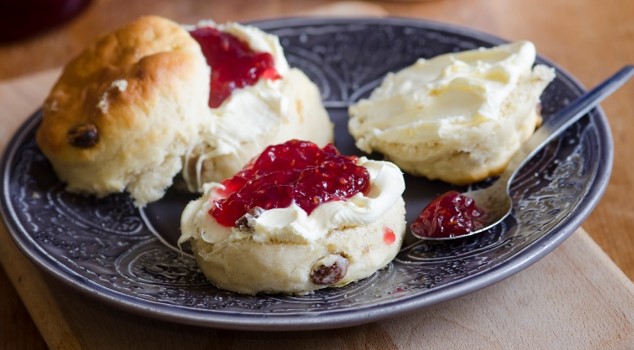 I tasted a lot more than four scones during my three-week trip, but these four were the most memorable. And the scones in John O’Groats really were the best! Now, I know most you will not travel to John O’Groats to find that perfect scone, so I brought back a recipe similar to the one I loved and adapted it to American measurements. These scones are light and fluffy and make only a small batch that is perfect for afternoon tea.

Preheat oven to 450 degrees. Shred or dice butter into small cubes. Add dry ingredients. With a wooden spoon mix together. Add egg, cream, and optional fruit. Mix until dough is stiff. Turn dough out on a cutting board covered with parchment paper. Form dough into a small circle and cut into four wedges or circles, whichever you prefer. Sprinkle with demerara sugar. Transfer parchment paper and scones to a cookie sheet and bake for 10 to 15 minutes, until tops brown. Cool for a few minutes before serving with butter and jam.

Here’s a picture of the recipe above that I made without the fruit. 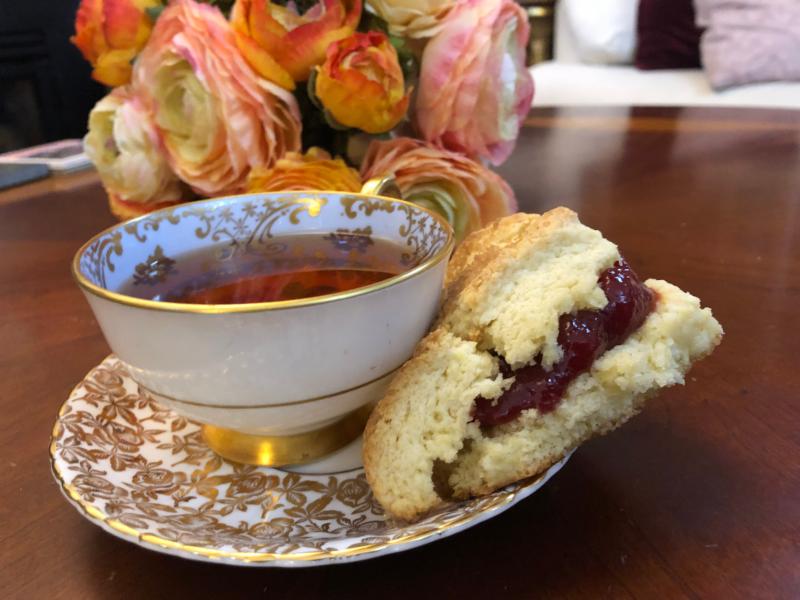 Now go make yourself a pot of tea and a batch of scones, then grab a good book and enjoy. Slàinte! 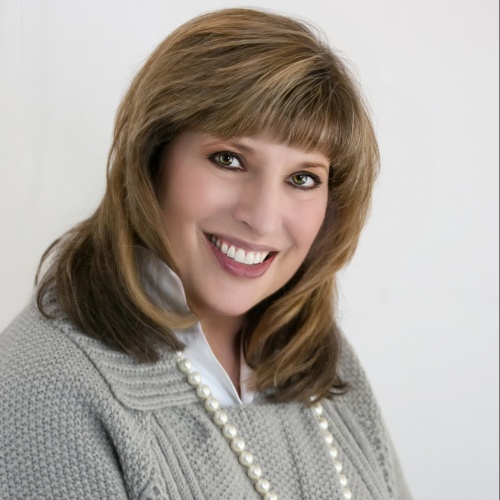