What would you do for your family?

A little about me. I’m one of five children. I have two older sisters and two younger twin brothers. I’m the middle child of our brood. We’ve traveled together, teased each other, and have been there for each other through triumphs and tragedy. A few months ago, we lost my brother-in-law. He walked out the door one day, and we never saw him alive again. Loss reveals the strengths of familial bonds. 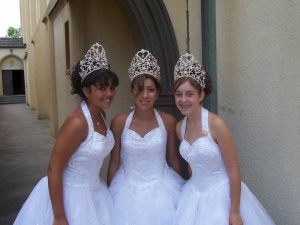 My family ethnicity is Portuguese—both sides harken back to Madeira Island—part of a tiny archipelago in the Atlantic. I grew up in a large Portuguese community in Santa Clara, California. While I understand Portuguese, I’m not fluent in the language. I’ve always wanted to create a character like me: a first-generation American. 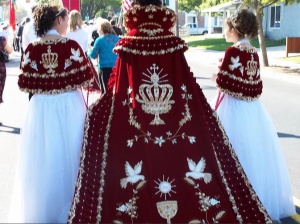 (A queen with her side maids at a parade.)

In Eyeful, Tiago’s family immigrated from Madeira Island. Tiago’s Avó (grandmother) slides into Alzheimer’s. Her memory blips scare him because he’s close to her, and he knows one day his Avó won’t recognize him. The simple fact hurts him on a visceral level.

When it’s discovered Avó was tricked into signing over the deed to her home—Tiago has to save his family from eviction. Tiago recognizes Phoebe Mackenna—whose mother awaits trial for the same title scams in Las Vegas. The coincidence of Phoebe’s move to San Jose can’t be ignored. He devises a plan to get close to Phoebe to determine whether she’s in on the con. There isn’t a line he won’t cross to reveal the truth and save his family. Deception weighs heavily on Tiago, especially after he befriends Phoebe, and questions whether she’s capable of fraud. 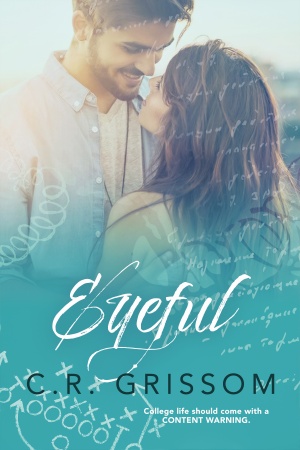 Phoebe’s world fell apart when her mother was arrested. Her mother’s inability to express or show love for Phoebe exacerbates their problems. The ugly spotlight of her mother’s alleged crimes follows her everywhere and becomes too overwhelming. A fresh start at Fortis University will provide Phoebe with distance from her mom and much-needed clarity about her mother’s professed innocence. When Phoebe meets Tiago, her gut tells her he has an agenda, but she can’t understand what or why? Regardless, she’s determined not to expose her heart to more emotional damage.

Tiago and Phoebe have to overcome the lies and deception that drive a wedge between them and threaten to keep them apart. Their ultimate struggle over their respective families—and the lengths you’ll go to protect them—drives this story. 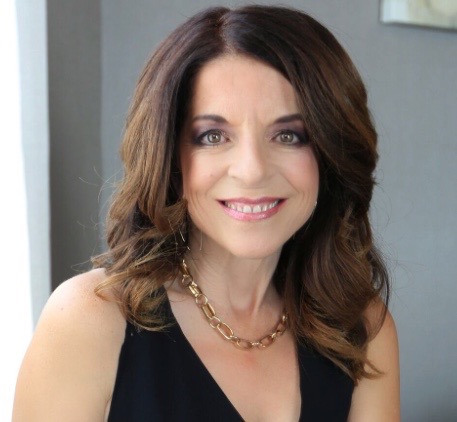 C.R. Grissom lives in San Jose, California—smack dab in the middle of Silicon Valley. She works for a high-tech company by day, and at night writes contemporary sports romance featuring young adults as they transition to college. Winner of the 2018 RWA Golden Heart Award in young adult romance for her first manuscript: Mouthful.