Kris Bock stopped by the Tule blog to discuss the first book in The Accidental Detective series, Something Shady at Sunshine Haven! 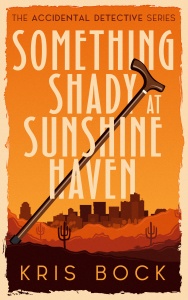 I started my writing career in children’s literature. My first published book was The Well of Sacrifice – historical drama set in ninth-century Mayan Guatemala for ages nine and up. It’s still used in some schools when they teach the Maya. I’ve also been a ghostwriter for some popular children’s mystery series starring your favorite young detectives. I write for kids as Chris Eboch and MM Eboch.

Where did you get the inspiration for Something Shady at Sunshine Haven?

I was thinking about the popularity of elderly women as amateur sleuths, and also about the Phryne Fisher mysteries, where the main character has a background as an ambulance driver in World War I. Somehow the two crossed in my mind and became a woman in midlife who had decades of experience observing people and also had a dangerous job, making her fearless.

As I faced fifty, I wanted to create a mystery lead dealing with some of the same issues: aging parents, concerns about financing retirement someday, and a body that doesn’t recover like it once did. I also wanted to give Kate a reason to be adventurous, thus the background as a war correspondent. 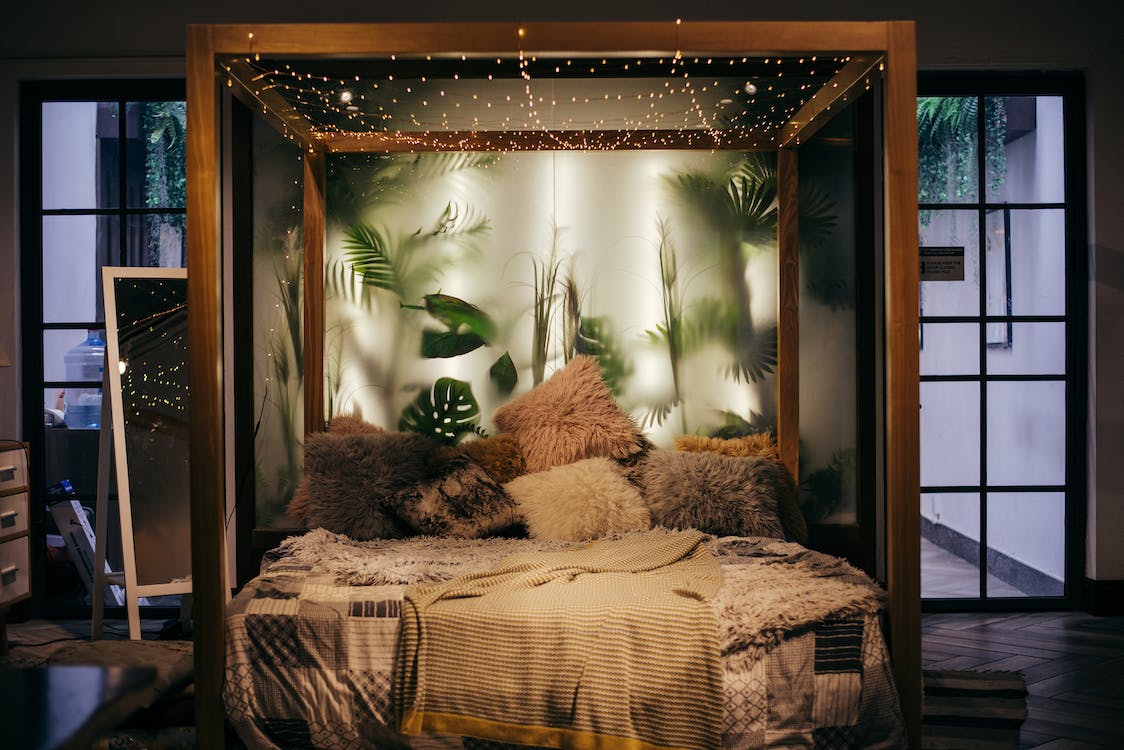 Your heroine, Kate, is back in her childhood bedroom. If you were transplanted back to your childhood/teenage bedroom, what could we expect to see?

My family lived in Saudi Arabia when I was in grade school. We moved there just before my fifth birthday and lived in an American camp for six years while my father worked for the oil company. My family camped in the desert and shopped in the nearby Arab town. Santa visited on a camel.

After two years in Colorado, we moved to Alaska, where I went to junior high and high school. I hiked around a glacier, picked wild blueberries, and joined the junior ski patrol. Despite the unusual locations, my room probably wasn’t that surprising – lots of stuffed animals and lots of books. In high school, I had pictures of Sting and The Police on my wall.

I still have stuffed animals and books, but no rock star posters.

I didn’t specifically set out to write humor, but a lot of early readers said they laughed a lot. That got me thinking about and studying types of humor. In my books, a lot of the humor is of the wry observational type, coming from the way Kate sees the world. Then you have eccentric friends and family, who can be wacky while also remaining believable and lovable.

Another option is slapstick. I think a little slapstick goes a long way in written humor, but I do enjoy the following snippet for its visuals. Kate is investigating the staff and residents of the nursing home where her mother is:

I turned to Tommy. “It was lovely talking to you. I hope we’ll meet again when I’m here visiting my mother. I need to speak to some other new friends now.”

Mendelson scowled and shuffled his feet.

I grinned. “Have a great day.”

I felt his gaze on me as I turned to cross the room.

Between the residents, visiting family members, dogs, and their handlers, the spacious room was a swirl of activity. I waited for a woman using a walker to cross in front of me. My leg ached, so I shifted more of my weight onto my good leg and the cane. A man to my right half turned, gesturing wildly with his arms while he told a story. I flinched back to avoid being hit.

Something slammed into my left leg. I grunted in pain as my leg collapsed. My cane swung upward, goosing the gesturing man and tangling in his legs.

The next thing I knew, I was sitting on the floor in a heap.

Bernadette Pajer (1901 Seattle), and the Lord Edgington Investigates series by Benedict Brown (also 1920s Britain). I adore KJ Charles and have been rereading the Will Darling Adventures Series (once again, 1920s Britain). I haven’t yet been tempted to write historical mysteries, which means it’s easier to enjoy them without analyzing them as a writer. 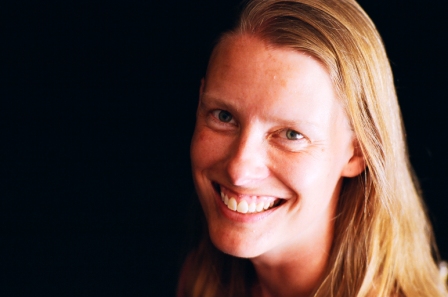 Kris Bock writes novels of mystery, suspense, and romance. She has lived in ten states and one foreign country but is now firmly planted in the Southwest, where many of her books are set. In New Mexico, Kris enjoys hiking, watching the sunset from her patio, and hanging out with her husband and their ferrets. Kris writes for children under the name Chris Eboch.

Get a free Accidental Detective short story and bonus material when you sign up for the Kris Bock newsletter. This collection includes a ten-page mystery short story set in the world of “The Accidental Detective” series, information about the series, and the first chapter of book 1. After that are three fun, short stories originally written for children. You’ll also get Lions and Love at the Cat Café, a free 30-page sweet romance set in the world of Kris’s Furrever Friends cat café sweet romance series.