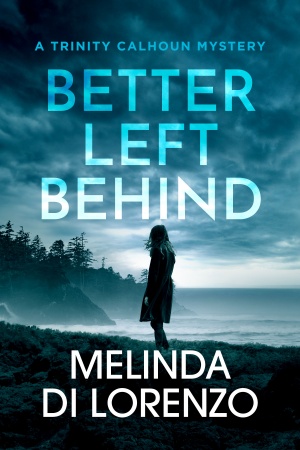 When no one is who they seem, the only person you can trust is yourself.

Detective Trinity Calhoun‘s closest friend was due back weeks ago from his undercover operation, and the last thing she wants to do is take a trip. Not even to attend a high-profile conference at a swanky hotel on a beautiful island with all expenses paid. But with her boss counting on her, Trinity sets aside her misgivings and goes.

Except from the moment she sets foot on the ferry, something feels…off. First comes a man who’s far too interested in her. Then Trinity swears she’s spotted her late-to-return friend. And someone—who could be an ally or a foe—is definitely planting breadcrumbs for her. Is a little girl missing or is that, too, a misdirect?

Quickly, Trinity realizes the danger is closing in. And she’s trapped. Hemmed in by a storm that’s cut off both digital and physical access to the mainland. Her survival depends on her ability to differentiate between clue and bait. Because someone wants to help—and someone wants her dead.

Better Left Behind is currently available in digital format only: 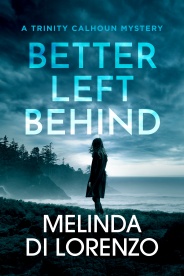