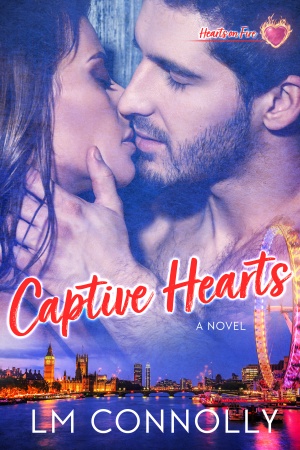 He checked in but left his heart

Scarlett Woodward is struggling to keep the family hotel in London afloat. When the weekend brings only one guest, handsome and enigmatic Evan White, she sends the staff home to save funds. Scarlett sets the kitchen ablaze leaving them both in the dark and cold. The lack electricity doesn’t mean there aren’t any sparks or heat. A night of unexpected passion leads to a baby, but when Scarlett learns who Evan really is and what he was really doing at her hotel, she’s can’t say no to his marriage proposal fast enough, baby or no baby.

Ethan Black was undercover on a research trip to buy Scarlett’s hotel without using his famous name or family business—the international Noir Group. He’s determined to build his own boutique hotel empire far from his manipulative and parasitic family. He broke all his rules and jeopardized his plans when he slept with Scarlett, but no way will he abandon her or their child. He knows he needs to woo the independent beauty and let her see the real him, but it’s difficult when his family is determined to undermine his position on the board of director’s and ruin all he has built with the Noir Group.

Ethan has spent his life making deals. Persuading Scarlett to fall in love with him may be the biggest challenge he has faced.

Scarlett Woodward pinched the bridge of her nose. She couldn’t work much longer. She’d make a mistake if she went past the point when tiredness tipped into fatigue. Numbers swam before her eyes and stopped making sense.

Sitting in this tiny office at the back of the family hotel, she became aware of life going on outside. Her old, scratched desk, as familiar to her as her own bed, swam before her eyes. Definitely time for a break.

Perhaps she’d feel better after a cup of coffee. She closed her laptop as the door to her office opened and her father walked in. Much reduced but still here, thank all the powers that be. He described himself as “on the other side of cancer,” and indeed he was, still weak, but getting better every day.

He was all she had, the only person in the world who cared what she did and how she felt. “I’m off to the respite home,” he told her. “The car’s outside.”

Relief and anxiety warred inside Scarlett, because she knew what would come next.

“I wish you’d come with me.” He scratched his bald pate. Two years ago he’d sported a full head of salt-and-pepper hair, but time and his illness had taken it. He was still her father and she loved him, despite his faults.

“I can’t. I have a hotel to run,” she said in what felt like the hundredth time, shifting in her chair.

“But with no guests.” He made a vague gesture with his hand, taking in the empty hotel. He didn’t have to indicate its current state of repair, or rather, disrepair. Scarlett persuaded herself that showed old-world charm rather than the slow disintegration of a once fine hotel. “You need a break, Scarlett, even if it’s only a weekend in Margate.”

“I’ve got work to do.” Even with no guests, she had books to balance.

A hotel so close to Oxford Street shouldn’t be empty at the weekend, but here they were, too expensive for casual tourists, and too cheap for the indulgence-seeker. But Scarlett had a plan; a slow transition to the tourist trade, together with a total renovation. “That group of Spanish tourists has given us the seed money.”

Her father grimaced. “We’ll need more than that.”

The Spanish tourists had mistaken the Woodward for another hotel with a similar name, but once they discovered the error, they decided to stay anyway. “It’s a start. And they liked it here. They promised to tell their friends.” She glanced at her closed laptop. “They put great ratings up on the sites. We can turn this around, Dad.”

The old-fashioned shabbiness of the hotel had appealed to the guests, once she’d sold it as ‘authentic historical atmosphere.’ They could do this. They totally could.

Stephen Woodward pressed his palms on the desk, leaning forward. “You deserve a life, Scarlett. You can’t let what Peter did dictate how you live.”

A flash of anger shot through her. “I have a life, thank you very much. I enjoy my life.” And Peter Sacker, damn his black heart, had nothing to do with it. She hadn’t thought about her ex for ages.

Sighing, her father pushed himself back upright. “You work too much. Life needs balance.”

“I’m fine, Dad. I’m going to be a great hotelier and make you proud.” They had to repurpose, refurbish, that was all.

Her father was one of the less devoted Woodwards, falling in love and living life to the full, as he’d put it. That hadn’t got him very far when the market had moved and he hadn’t. Now she had to clear up that oversight.

She stood to take him to the door but he waved her back down. “I’m fine now. Just need to regain my strength. I couldn’t have done it without you, girl. That cirrhosis nearly killed me, but here I am, ready and willing to take on more challenges. No more drinking, I promise.” He gave her a saucy wink. “You never know, you might end up with a new stepmother!”

Scarlett swallowed. “Do you mean that?” The cirrhosis and the ensuing liver transplant had brought her down to earth with a bang.

She should never have left him alone after her mother’s death. They’d been devoted, but her mother had always been the driving force. Thinking he was safe, Scarlett had run away from her own grief to the exotic resorts she’d planned to make her career.

Only to come back to find the hotel on the verge of bankruptcy and her father drowning himself in drink.

Her father met her stare head-on. “I have more chance of finding another partner than you do, which is a shame. After all, despite my aged appearance, I’m not much more than sixty. Plenty of time yet. We can’t live in the past, and while I’ll always love your mother, I can’t spend the rest of my life mourning her.” He shook his head sadly. “And you’re throwing that away. Think about it, that’s all I ask. I’ll see you on Monday.”

After kissing her cheek he turned and left. The hotel was so quiet Scarlett heard his taxi set off outside.

Now for that coffee. Leaving her office, she switched on the lights as she went to the front door to lock it behind him. The ‘Welcome’ doormat had been dislodged, no doubt by her father as he’d left. As she pushed it back into place, a flash of white attracted her attention. Pulling at a corner, Scarlett uncovered a letter. Unopened, in a pristine envelope, no sign of a logo. It was probably nothing, but just in case, she returned to her office.

Not bothering to find the paper knife, she tucked her finger under the flap and tore the envelope open. After glancing at the contents once, she had to sit down.

The chair creaked, but she was so used to the sound she barely noticed it. It was from a solicitor.

“We have received an indication of interest in your property from a private buyer. To that end we would like to arrange a meeting to discuss the possibilities. Note that my client is interested in buying the property outright, not in sharing ownership or leasing the hotel. Please let us know if this would be useful to you. As you probably know, your hotel has a certain value as it stands. To that end, we have provisionally assessed it in the region of…”

There followed a figure she had to read twice.

Swallowing, she read through the letter again, and then returned for a third scan.

Opening her laptop, she checked the name of the solicitor and his partnership. The company was select, dealing only with a few clients, all of them blue ribbon. They didn’t send out mass mailings.

She received a few of these mails most days. Property in London was expensive, but this much?

Knowing the hotel was worth so much was one thing, but seeing it in black and white was something else. Millions. Six zeroes met her dazed eyes, with two figures before them.

With proper investment she wouldn’t have to work again.

But she’d lose everything else; her heritage, her life.

Scarlett wondered who would want it, and if they’d seen the state of the place inside. A private buyer? Somebody very wealthy for sure. A sheikh perhaps, or a titled person wanting a pied-a-terre. But this wasn’t fashionable Mayfair, where the wealthy congregated.

Was she actually considering the offer? A smile curved her lips. A girl could dream, after all, but no. The thought of parting with her heritage wasn’t possible. Her family had run this place since the mid-nineteenth century, when her great-something-grandfather had bought it from the family moving out and turned it into a hotel. Generations of Woodwards had lived here. How could she throw all that away?

And she owed it to her father, and her late mother.

She pinched the cream-lined paper, ready to rip it in two and toss it in the bin. But then she paused. Her father had given the hotel to her, but he still deserved to know. He still had a stake in it. Scarlett knew what he would say. Go for it, sell it and let’s start again. He’d said that enough times recently, together with his get-a-life speech.

Opening a drawer, she shoved the paper inside. She had the weekend to work out how she could break the news that she didn’t intend to sell, even for that amount. Approached the right way, her father would see her point of view. Wouldn’t he?

Captive Hearts is available in the following formats: 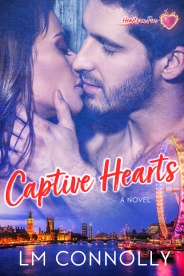 Did you know that Captive Hearts and many titles are available digitally from Tule's own bookstore? Check it out!