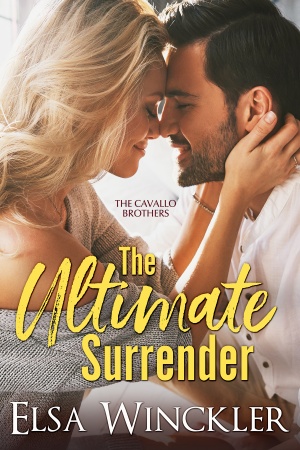 On a sunny beach in the Seychelles, she stole his heart.

Darryn Cavallo is a seasoned photographer and quite used to being surrounded by gorgeous, half-naked women without breaking a sweat but he isn’t ready for the powerful feelings fashion model Hannah Sutherland elicits the minute he sets eyes on her. He’d once made the rookie mistake of falling for a model and it had ended badly, so when another photographer implies he’s also been with Hannah, Darryn uses it as the perfect excuse to walk away.

But when they meet again, Darryn can’t ignore his instincts—Hannah is in danger. Lies and threats make targets of them both, and faced with a situation of pure terror, Darryn is forced to realize he’ll do anything to protect her. And to keep her with him, always…

She couldn’t help it, she had to do it. The photographer was late, she had her makeup on, her hair was ready, so she could indulge before she had to work.

Lifting her face up to the sun, drinking in the fragrance that was the Seychelles, Hannah lifted the layers of pink tulle of the skirt she was wearing and twirled. Sandy, the makeup artist and the hair stylist laughed.

“I was wondering when you’d do that,” Sandy said. Looking over her shoulder, Sandy grinned. “Looks like our photographer caught you in the act.”

Hannah looked up into a pair of dark brown eyes that were watching her over the lens of a camera. This had to be Darryn Cavallo. The rumors were true—he was drop-dead gorgeous. Tall, muscled, with tousled, ink-black hair. Wow.

She didn’t wait to be introduced to him, didn’t wait to listen to his instructions. With her eyes locked on him, she slid into a pose. He stared at her for another minute before he lifted the camera.

And then her body started moving to a beat only audible to her and the photographer. Without any conscious thought, she posed and turned, instinctively knowing exactly what he wanted her to do.

The air around her stopped moving, breathing became difficult, any minute now she was going to go up in flames. Every cell in her body was reacting to him.

As a model, she was used to being looked at through a camera lens, used to the bold stares of photographers wanting to capture the perfect moment, but never before had anyone’s stare lit a fire inside of her.

She’d been modeling professionally for a year now and this was the first time her path had crossed with Darryn Cavallo’s. But she’d heard about him ever since her first shoot. Apart from the fact that everyone talked about how attractive he was, he was considered the best fashion photographer in the business.

The fact he was here, willing to do this shoot with her, had her agent in raptures for days. Hannah hadn’t been able to understand the fuss. Yes, his photographs all had that mystical “extra” nobody could really define, but there were other good photographers as well.

And then she’d looked up just now to find his eyes taking in everything about her.

There was something in his stare that melted her bones, put her heartbeat into overdrive, and boiled her blood. In about ten seconds flat, she had tumbled into love, lust, or something. For the first time in her life, she understood what her romance-writing mother referred to in her many stories.

They were on a private beach, necessary for the second part of the day’s shoot. For the next few shots she would only be wearing a bikini bottom. She’d be lying on the sand, so her breasts would be covered, but even after all this time, taking off her top in front of a whole crew of people was still not an easy thing to do. And now, Darryn would be looking as well.

The thought excited her already over-stimulated body. How was she to survive the next hour or so wearing next to nothing while this man was looking at her, his eyes fixed on her?

The sun was hovering on the horizon, and they only had a few minutes of daylight for these particular shots. The makeup artist and hair stylist hurried her into the nearby tent so she could change.

Her palms were sweaty, and her hands trembled as she slipped out of the skirt and top. Slipping the bikini bottom on, she looked into the mirror and nearly groaned out loud.

“Are you cold, sweetie?” the hair stylist asked and handed her a toweling gown to slip on.

“A little,” she said, biting back a sound. She had to try and get her body under control before the shoot.

A few minutes later, she walked back, taking deep breaths.

“Okay, everyone!” Darryn didn’t shout; he merely raised his voice and everyone listened.

“I want everyone gone. It’s just going to be me and Hannah. I’ll signal you when we’ve finished.”

Hannah. So he knew her name.

The Ultimate Surrender is available in the following formats: 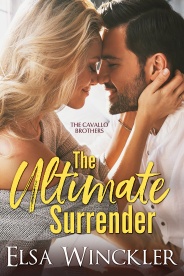 Did you know that The Ultimate Surrender and many titles are available digitally from Tule's own bookstore? Check it out!