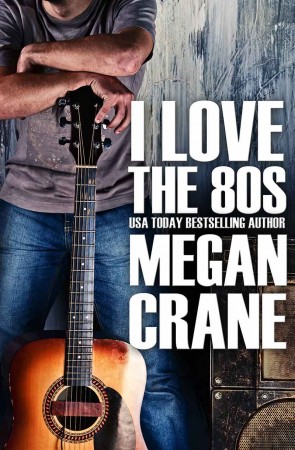 Live in the now, they say, but for Jenna Jenkins, the now sucks.

Her fiancé dumped her, and she’s lacking the drive that might lead to a promotion at the eighties-themed cable station where she works. The only thing keeping her sane is her obsession with a brooding rock star, and an era, that died twenty-odd years ago. But then lightning strikes—literally—and sends her back to the year and the man she’s loved her entire life. Jenna has no choice but to take action to save Tommy Seer, lead singer of The Wild Boys, from the tragic accident that only she knows will claim his life.

But the real Tommy Seer is very different from the one who’s spent all this time starring in her favorite fantasies. As Jenna falls deeper into Tommy’s world—under his spell all over again, only this time without the schoolgirl crush—she realizes that his death was no accident. Can she find a killer, prevent a murder, and save the man she loves without everyone thinking she’s crazy?

And who thought shoulder pads were a good idea, anyway?

She watched him approach with that frozen sort of smile he knew she used only on him. It was obviously automatic, as she waited for the other shoe to drop. The sort of smile she might give a wild animal. Now, her eyebrows crept high on her forehead.

Tommy gestured at the couch, grimly aware that the gloriously deconstructed jacket that he wore—the stylist’s words, not his—had a leather fringe hanging from the sleeves that waved when he moved. He felt like a bullfighter, only more absurd.

“You’ve been sitting in the same position for hours,” he said.

She thought he was insane. He could see it in her eyes. He felt insane.

Tommy stared down at her, his mind racing, confused. His body was far more direct. It announced itself in the wholly unwelcome pressure in his groin, a situation not at all helped by the fact he was wearing a pair of white leather trousers that might as well have been painted on.

He couldn’t possibly want to sleep with her.

And yet… It was something about that unruly mess of curls that today exposed the delicate line of her neck. And that mouth of hers that she abused, like now, as she bit down on her full lower lip. He imagined that mouth put to much better use, and then wished he hadn’t, when his too-tight pants immediately got tighter. He shifted, uncomfortable.

He was just barely still man enough to admit to himself that he’d been reacting to her like a teenaged boy—why not just punch her in the arm and get it over with? He was disgusted with himself.

“You are a Chevy,” he informed her. Reminding himself at the same time. So what if it sounded crazy. The whole situation was crazy. He was definitely crazy.

“A Chevy,” she repeated, her eyebrows jacking up and her chin lifting. Because there was no way being called a Chevy was a compliment, and she wasn’t an idiot.

“A Chevrolet.” In case she was confused as to which Chevy he meant.

“A Chevrolet.” She didn’t look confused. She waited. When he didn’t speak, she cleared her throat. “I am an automobile.”

Her voice went up at the end there, making it a question. An icy sort of question.

“A Chevy.” He made an impatient gesture. “Not a De Lorean. Or an Aston Martin.”

“I see.” Her tone was arid. “Am I a Chevy station wagon? Maybe with wood paneling? Because those were always my favorites. They were so sleek and powerful. Who wouldn’t want to be a Chevy Caprice Classic, for example?”

Her sarcastic tone could have peeled paint. He ignored it, and concentrated on her strange use of the past tense. He frowned.

“That doesn’t make any sense.”

“But calling me a Chevy does?” She held up a hand before he could answer. “Silly me, of course it does. It’s a secret car code known only to rock stars. I’ll just ask Billy Idol the next time I run into him.”

“I drive luxury cars,” he told her. Firmly, as if that settled things. “Luxury sports cars. Expensive machines that other men would kill to touch.”

“Yes, Tommy,” she replied, soothingly. With that bite underneath. Treating him like a child. An annoying child. “You’re a very rich, very famous man.”

“Exactly.” But as he glared at her, and she failed to fall apart before him, he realized that he was in trouble. And the worst part was, he knew why.

He hadn’t always been a very rich, very famous driver of very fancy cars. The Tommy from a trailer park in Buffalo, who had never been near a De Lorean in even his wildest wet dreams, was the problem. He had spent some quality time in the back seats of numerous sturdy, unpretentious American cars, Chevys among them. He liked American cars, and the little slice of heaven Donna Castiglione had showed him in her daddy’s Buick. He wasn’t such a snob that he couldn’t appreciate that mouth Jenna was worrying, or the way the tight jeans covered her ass.

I Love the 80s is available in the following formats: 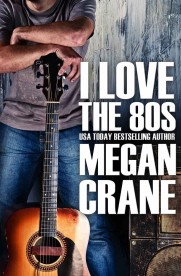 Did you know that I Love the 80s and many titles are available digitally from Tule's own bookstore? Check it out!