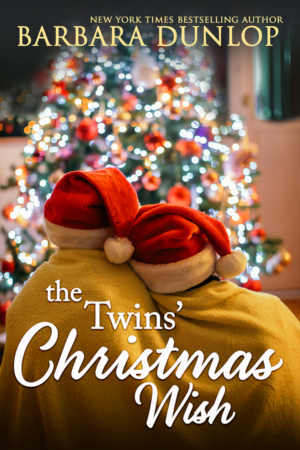 Can ten-year-old fraternal twins work some Christmas magic to bring their mom and dad back together?

When her ex-husband, ambitious pediatric surgeon Brock Andrews announces he’s remarrying on Christmas Eve at a winter wonderland resort Mountain Mystic Village in Colorado, quirky cooking show host Kate Andrews can’t imagine Christmas without her twins. Worse, his wedding to the dazzling daughter of the chairman of the hospital board has Kate wondering what might have been

Ten-year-old Scarlett and Sam don’t want a stepmother. They definitely don’t want a mean one who monopolizes their father and only pretends to want them around. She’s changed their dad from a fun-loving man into a serious, elegant stranger. Certain the marriage will ruin their lives, the twins conceive a daring plan to derail the wedding and bring their mom and dad back together just in time for Christmas.

Each book in the Sweet Romance Escapes series is standalone:

*Kiss Me in the Summer

Maybe I was spiteful.

Or maybe I was just a good mother.

The way I was feeling right now, it could have gone either way.

The timer went off on my oven, and I realized that thirty minutes had gone by since the phone call from my ex-husband.

I rounded the kitchen island and stuffed my teddy bear oven mitts onto my hands. Whatever else Brock Andrews did today, he was not going to ruin my Mud-Pie Pecan Pie. It was the showpiece for tomorrow’s live episode of Cooking with Kate. The finished product was everything.

I pulled open the top unit of my wall oven. The dual built-in oven was my big splurge, my gift to myself when my viewership on Cooking with Kate topped one hundred thousand. The revenue stream had been smaller back then, and it took all I’d saved to buy the Classic Heat 4000. But I hadn’t regretted it for a single second.

I slid the pie carefully from the rack. The sugar filling was still liquid, and I didn’t want to splash any of it onto the pristine crust. The crust was golden brown, the crinkled edges perfectly even.

I held my breath as I set the pie down on the stovetop.

There—something good from the day.

Christmas might be ruined, but at least I had pie.

I wanted to eat it.

I knew stress eating was a bad idea. And it was hours away from setting up. Plus, if I ate it myself, I’d have to bake another one tonight after the twins went to bed.

But, man it was tempting.

I pulled off the oven mitts my daughter had given me three Christmases ago and perched on a stool at the kitchen island.

There I let reality sink all the way in.

Brock was getting remarried. Jacinda Addington had succeeded in getting a diamond ring on her finger, and she wasn’t losing any time getting him to the altar.

A Christmas wedding. How romantic. And how flipping inconvenient for everyone but her.

Naturally, Brock wanted our ten-year-old twins at the wedding. And since the wedding was being held in Mountain Mystic Village, Colorado, a two-hour plane ride from Hedly Creek, California, it only made sense for the twins to stay there for a few days.

Who got married on December 24th?

“Something smells fantastic!” Robin Welsley, my producer, cooking assistant, neighbor, and all-around best friend called out from the front hall.

The door banged shut behind her.

“How does it look?” she called.

She drew closer, her footsteps clicking on the faux hardwood floor of the hallway. She always wore heels to compensate for her five-feet-two height. She claimed the world didn’t take short people seriously.

Maybe they didn’t, but it seemed to me that Robin could hold her own in any circumstances.

“I would expect nothing less.” She stopped short in the kitchen doorway, eyeballing my expression. “What’s wrong?”

“Were you lying to me? Is the pie not perfect? Do I have to run out for more pecans?”

“Maybe for more bourbon,” I said. It was a key ingredient in the pie.

“O…kay…” She came into the kitchen and stepped up on the crossbar, hoisting herself onto the stool next to mine. “Did the ratings slump?”

She looked puzzled. “And?”

“And he’s getting married again.”

“Maybe. I don’t know.” I hadn’t had all that much to do with my ex-husband for the past year. “She’s not who I’d have picked, that’s for sure.”

“Your kids are going to have a genuine evil stepmother.”

“Shhhh!” The kids weren’t home from school yet, but it was three-thirty, and they’d be walking through the door anytime.

Robin lowered her voice to a whisper. “What does that man see in her?”

“That she’s great for his career, I guess.”

If you’d told me when I’d married Brock twelve years ago that he’d be the type of pediatric surgeon to climb the ladder of the medical establishment, I’d have called you crazy. Through all the years of medical school and residency, his focus had been exactly where it should have been: on the welfare of his young patients.

But then something happened. He got an offer from a top-tier medical center in San Francisco. Suddenly, he was away more than he was at home. There were meetings and dinners and fundraisers.

The twins had been young then, just six years old, barely starting school. I couldn’t leave them to travel to the city multiple times a week, and I wasn’t going to move them away from their grandparents and cousins. So, Brock took a small apartment in San Francisco to cut down on the commute.

In many ways, he started living his own new life, while I kept living the one we’d built together.

“I guess the daughter of the hospital board chairman would be good for anyone’s career,” Robin said.

“I can’t compete with that.”

She was silent for a moment. “Do you want to compete with her?”

“You don’t sound so sure,” Robin said.

I didn’t feel so sure. I mean, I knew it was over. We’d been legally separated for a year, divorced for six months. But every once in a while, I’d remember what we used to have.

“I guess I miss the man I married.”

In college, I’d loved Brock’s drive, his intellect, his resolve to make a difference in the lives of children. But somehow, as the years went by, that drive turned into a determination to succeed. And success as a pediatric surgeon meant bigger hospitals, more expensive equipment, and more prestigious positions.

Soon, there hadn’t been a place in that equation for a small town, a wife, and two kids.

I was, sadly, crystal clear.

Robin dutifully turned to look at it. “It’s a beauty all right. Set call time for tomorrow morning is nine.”

Wednesday was our live broadcast day. Tomorrow’s theme was Winter Dinner in the Deep Forest. I was making Porcupine Pot Roast with Bee-Bop Sweet Potatoes, and Green Stuff from the Garden to go with the pie.

“Neighbor Vision wants us to add a second camera. I need to orient the new guy.”

I looked to see her smug smile.

“Are you serious?” I asked.

Her grin widened as she delivered the news. “They’re giving us a gyro camera. We’re going mobile.”

This was big. It was great. The local television station wouldn’t put more resources into my program if it wasn’t doing well.

“We’re home, Mom!” my daughter Scarlett called out as the front door yawned open, clattering against the overstuffed shelves and coat hooks in the entry hall.

When you gave your kitchen over as a television set once a week, the rest of the house got crowded.

“Hi, kids,” I called out, my mood wavering. “Can you come into the kitchen?”

“Are you going to tell them right now?” Robin asked.

“I don’t have a choice.” I couldn’t risk Jacinda calling Scarlett’s cell phone on some pretext or the other and spilling the beans.

She clearly had a grand vision for her life with Brock, and she was diligently turning that vision into reality. He’d be the Chief of Pediatric Surgery within five years, and she’d be hosting hospital fund-raisers in their shiny new mansion and at A-list venues all over San Francisco.

The Twins’ Christmas Wish is currently available in digital format only: 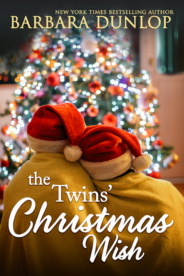 Did you know that The Twins’ Christmas Wish and many titles are available digitally from Tule's own bookstore? Check it out!