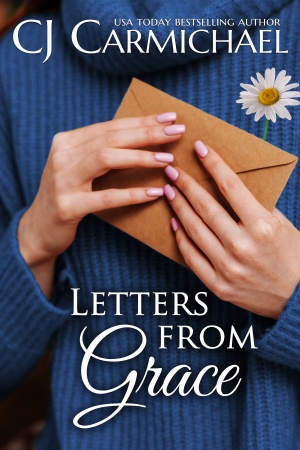 Jessica Shanahan is off to college next year, but she’s worried about leaving her father, Levi Shanahan, alone. He’s been a single dad since his wife died when Jessica was only a toddler. He reassures her that he’s too busy running his family general store, taking care of his aging parents and volunteering in the community to be lonely. But Jessica has her doubts—especially when she finds old love letters from his high school sweetheart.

Travel photographer Grace Hamilton is promoting her latest book when a student from her hometown reaches out about a research project. Curious, Grace meets with her and when the teen invites her to the Woodland Foliage Arts Festival, Grace accepts. Though her career’s been successful and fulfilling, she’s never met a man who touched her heart the way Levi Shanahan once did. Maybe a trip home will finally help her to move on and find the one thing that’s eluded her throughout her years of travel—love.

As Jessica Shanahan pulled her father’s old college yearbooks from a storage container in their attic, she noticed a shoebox amid the rest of his college memorabilia. On the lid in neat round letters—her father’s script when he was printing—was the word “Grace.”

Jessica set aside the pile of yearbooks and lifted the lid. Inside was a stack of letters addressed to her father at his former residence hall at the University of Vermont. As she flipped through the letters, she saw that all the letters—except the final one—were from the same person: Grace Hamilton.

When Jessica was only two her mother, Maggie, was killed in a car accident. Her dad had often told her the story of meeting her mom in his first year of college, how it had been love at first sight, and that he considered himself the luckiest of men when he asked Maggie Brown to marry him and she told him yes.

He always made it sound like her mother had been the one and only love of his life.

And yet he’d kept this box of old letters from another woman.

“Are they up there?”

Jessica’s best friend, Max Stedwell, was downstairs holding the ladder. Like her, Max had applied to the University of Vermont—though it wasn’t his first choice—and was interested in seeing her dad’s old yearbooks.

“Um…yeah.” She grabbed the books and handed them down to Max. She hesitated over the shoebox. The letters were addressed to her dad, so technically off-limits. But they were so old, he couldn’t really care, could he? Besides, he’d already given her permission to look through his old college stuff.

She tucked the shoebox under her arm and started down the ladder.

“Old letters.” She rested the box on one of the rungs of the ladder as she fitted the attic cover back into place. Then she scrambled the rest of the way down. “I’m going to check them out later.”

She ducked into her room where she tucked the box under her chemistry textbook before joining Max in the family room. He was already sprawled on the sectional, leafing through one of the yearbooks. She flopped down next to him, leaning over his shoulder so she could see too.

“Is your dad happy you’ve decided to go to good old UVM?”

“He doesn’t care that much, as long as I go somewhere.” Jessica didn’t know why her dad was so obsessed with college. If she was going to take over the family general store, why bother? She’d been learning on the job since she was four years old. A business degree wasn’t going to change anything.

“I wish my folks had the same attitude. They want me as close to home as possible.”

Max’s dream was to study geology at the University of Colorado. Selfishly Jess wished he’d stay closer to home, too.

“Dad keeps going on about how college is so much fun and opens so many doors.”

“I like the story he told us the other night about meeting your mother in the campus library,” Max said. “The spider coming down from the ceiling and landing in her hair…and how he heard her scream and came to her rescue.”

“Yeah, and bravely scooped the spider into his hands and took it outside.” Jess rolled her eyes. She might mock her father a little from time to time, but mostly they got along really well.

“Since your dad is so cool, maybe he’d let you come to Colorado with me?” Max gave her his best, beseeching smile.

For many years Max’s smile was something Jess took for granted. But lately it had been having a potent effect on her. Especially when he looked directly at her with that mischievous sparkle in his eyes.

The way he was now.

She knew Max liked her. They’d been friends forever. But did he “like” her? When he smiled at her this way it seemed impossible that he didn’t. But even though she leaned a fraction closer to him, he did not take the next step and reach for her hand. Or kiss her.

“You are such a homebody,” Max teased. “Maybe I should change my mind and go to Vermont, too. It would be cheaper. I don’t want to be drowning in debt when I graduate.”

Jess knew what he meant. All their friends were stressed about how to finance their degrees. Not many had folks who could afford to cover the entire cost. Jess was lucky her dad had started a savings account for her when she was a baby. When she’d started working at his general store officially, as a teenager, he’d insisted she deposit fifty percent of each paycheck into that account.

Of course she was also lucky her dad owned the store and so she had a guaranteed job for as little or as much spare time as she had available. Max wasn’t so fortunate. His father worked at a plastics factory and his mom at a local grocery store—neither one could offer him work on a schedule tailor-made for him. Last summer, when Max couldn’t find a job, he’d started his own dog-walking business. That had been cool—most of the dogs were adorable—but he hadn’t made even half of what she had earned at the store.

“Hopefully you’ll get a good job this summer,” Jess said.

While Jess didn’t have the same financial challenges as Max, she did have her own concerns about college—in particular, leaving her father. Max’s parents had each other and their twin daughters, five years younger than Max. Her dad had no one.

In all the years since Jess’s mom had died, he’d dated only sporadically, and never seriously. He went out of his way to keep her mother’s memory alive—for her benefit Jess thought—which was sweet in a way, but maybe not so healthy for him. For too long his life had been all about raising Jess, working at the family general store and Sunday dinners with her grandparents. He needed to expand his horizons.

Max looked up from the yearbook. “I’m hungry.”

“You’re always hungry. There’s some apples in the kitchen. Grab me one while you’re at it.”

When Max returned he stretched out his legs onto the old pine coffee table, next to hers. After his first bite he said, “Looks like the birds are hungry too.”

Jess glanced through the window to the gnarly red oak tree that had supported Jess’s tire swing when she was little and from which now hung one of the multiple bird feeders her father kept stocked in the yard.

Several house finches were currently jockeying for position so they could feed on the seed and nut mixture. Though Jess wasn’t as crazy about birds as her father was, she did enjoy watching their antics.

Max focused back on the yearbook. After a few minutes he said, “Look, here’s your dad.” He pointed at one square in a sea of faces.

“Huh.” Given that her dad’s hobbies were playing chess and ornithology she’d expected his college photo to be dorky. But he actually looked good. Broad shoulders, friendly eyes, a confident smile.

“Hasn’t changed much, has he?” Max said.

“Really?” She studied the photo more closely. Max was right. Why had she never noticed how good-looking her dad was? She found her mother’s photo next.

Max whistled. “Wow. That could almost be you.”

“Except for the nerdy hair and glasses.” But she was secretly pleased Max thought she looked like her pretty mother.

As Max continued to flip pages, Jess tried to tune out the fluttering awareness she felt at being so close to him. The campus with its historic red buildings really was beautiful, but she got a car-sick queasy feeling when she tried to insert herself into the picture. Which was so lame. All her life she’d been excited for the day when she would be one of the senior girls at high school. But now that it was finally her turn, anxiety about the future was taking all the fun out of it.

She tried to put her feelings into words. “The thing about being in our last year of school, is that nothing has changed, yet nothing feels the same.”

“Yeah, it’s weird. The last time for so many things,” Max said.

“Exactly. Our last year at Woodland High. Last year on cross-country and the track team. Probably the last year we’ll live full-time with our parents.”

In that moment Jess felt that no one would ever understand her the way Max did. Their connection went back all the way to kindergarten and a mutual love of Legos. Their interests had evolved as they grew older. There was the year they were obsessed with the Harry Potter books and movies, the multiple years they were crazed about Fortnite, and—most recently—their love of long-distance running. Recently they’d made a pact that they would run their first marathon together this spring. Already Max had made a training schedule for them.

She and Max had a wider circle of friends that they hung out with on weekends. Most of them assumed they were a romantic couple. When she and Max were fifteen, she’d thought they were headed in that direction, but then Max had asked pretty, redheaded Hannah to go to a school dance with him. They’d only dated a few months—and Max had still made time for Jess as a friend—but it had been a clear signal to Jess that she would only ever be a buddy to Max.

So she’d tried a bit of dating, too. But it felt weird to her. Most of her girlfriends had had at least one serious relationship by now. She didn’t know what was wrong with her. Was she just an extremely late bloomer?

She glanced at Max, following the line of his long legs to the coffee table where his bare foot was just inches from hers. She imagined shifting her foot, touching her toes to his, and felt a delicious tingle all over her body.

No, she’d definitely bloomed. Unfortunately, the only guy she cared about hadn’t noticed.

Letters From Grace is currently available in digital format only: 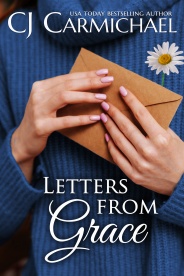 Did you know that Letters From Grace and many titles are available digitally from Tule's own bookstore? Check it out!