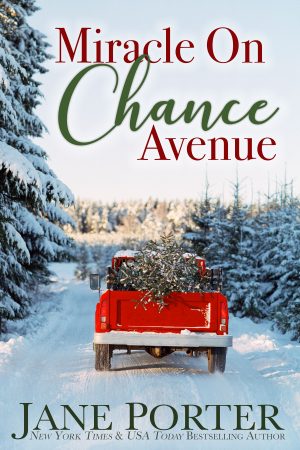 Rory Douglas rarely returns to his home town of Marietta, choosing instead to unleash his demons competing on the American Extreme Bull Riding Tour. But after a particularly bruising season, Rory visits Marietta with the idea of buying an investment property and planning for a future he never imagined or wanted.

After ten years as a flight attendant, Sadie Mann has turned in her wings to focus on her shabby chic business and becoming a single mom. Adjusting to her new life is proving harder than she expected and the last thing she needs is unrequited love, Rory Douglas, home for the holidays. Everyone knows he avoids Marietta, Christmas, and settling down, so why is he back now?

Rory and Sadie have never had a chance, but maybe this Christmas will bring the miracle they’re looking for.

The worst part about being the newest employee was that you had the least amount of seniority, which was why Sadie Mann was standing outside a tiny historic stable turned into stylish small house at the end of Farrell Avenue, shivering in the snow, waiting for the renter to show and pick up the keys at nine thirty at night.

She didn’t mind meeting the guest who’d booked the property as her house wasn’t far and Marietta had virtually no crime, but it was ridiculously cold, and she’d been waiting an awfully long time. There were so many projects she could be working on right now, commissions she still needed to get in the mail if they were to reach her customers before Christmas.

But she’d manage it, she would, she told herself, hunching her shoulders against yet another blast of cold air, the wind as much a part of Marietta as the famed Copper Mountain peak standing sentry behind the town’s historic courthouse.

Yes, it might mean missing the Marietta Stroll tomorrow night, something she’d never missed before, not even when she was flying with Big Sky Air, as it was her annual tradition with her mom, but Mom was gone, having passed away suddenly in September and Sadie had accepted that things were different. She was different. She’d given up her fantasies and daydreams and had turned over a new leaf. Her goal was to be strong, self-sufficient, and practical. And practical was the most challenging of the three.

Being practical had become her mantra since Rory was hurt, and then came her mom’s death, and being practical took on a whole new meaning. With her mom gone, Sadie realized just how foolish she’d been, chasing impossible dreams all these years, with Rory the biggest dream of all.

Getting over Rory wasn’t proving to be easy. Maybe it was because the last time she saw him was at the hospital in Clovis and he’d been a bear, out of his mind with pain, but at least he was alive.

But looking at his poor, battered body, with all those bandages and tubes and tape, she didn’t feel sorry for him, she felt angry. He was doing this to himself. He wanted out. He didn’t care about living.

That was why she’d wanted to have his baby. It was why she’d shown up at the arenas for over two years. She wasn’t there to watch him ride. She was there to figure out how to ask him to sleep with her. But every time she saw him, her courage deserted her. How did you ask a man like Rory to get you pregnant?

How did you say, “Hey, I’ve loved you since I was thirteen and I’ve spent my life waiting for you, and loving you from afar, and if I can’t have you, maybe I could just have a piece of you…”

Of course, you didn’t say it because it was crazy, and yet it hadn’t stopped Sadie from dreaming and praying.

But then when her mom died, Sadie’s world collapsed, and she’d taken an indefinite leave of absence from the airline while she tried to come to terms with who she was, and where she was at thirty-five, and that was alone, most singularly alone. Sadie also knew she had no one but herself to blame as she’d spent her life waiting for someone, and something, that would never happen.

But that was going to change.

She’d given up working for the airline to make a new life for herself in Marietta, a life that was stable, and grounded, a life that meant she was putting herself first and only dating nice, local, emotionally available men. She wouldn’t let herself think of these nice emotionally available men as boring, either. And she most definitely wouldn’t let herself compare them to Rory. It wasn’t fair to them, or her.

That was why she was working so hard, juggling her online shabby chic business, The Montana Rose, with her job at Marietta Properties, along with the occasional babysitting/dog sitting/housesitting job. The plan was to sock away as much money as she could right now, so she could afford to take some time off when the baby came.

Lights shone in the distance and an old white pickup truck came into view. Sadie watched as the truck slowed and parked next to the curb. The lights turned off, and the driver door swung open. Her heart did a hard, uncomfortable thump as a tall man in a sheepskin coat approached, boots and cane crunching snow, his black felt cowboy hat drawn low on his brow.

Her heart did another hard thump, and she felt a frisson of pleasure followed by a streak of pain.

And yet she recognized that square jaw with just a hint of golden brow bristle and she knew that black felt hat, too. The limp, and the cane, those were new, but the rest was achingly familiar.

There weren’t many street lights in this part of town, and the small porch lights framing the doors of the old stable created two small pools of light that did little to illuminate the shoveled sidewalk or the man.

“Sorry I’ve kept you waiting,” he said, his voice deep, hard, as hard as his carved jaw.

She knew that voice, too, along with that firm chin and beautiful mouth that had never once kissed her, but she’d fantasized plenty. “Not a problem,” she answered huskily, legs feeling weak.

He stopped in front of her, head lifting a fraction, his narrowed gaze settling on her face. Recognition dawned. “If it isn’t the mystery girl from the Extreme Tour.”

“Now surely this can’t be a coincidence.”

“Actually, it is. I was told to meet Ron Douglas. Either it was a typo, or you’re using another name these days.”

“Only when I’m back in Marietta.”

“Easier.” His head tipped, his gaze burning into her. He studied her for a long, uncomfortable minute. “It was you at St. Agnes in Fresno, wasn’t it?” he said finally.

“What are you talking about?”

“You came to the hospital. I think I was an ass. Chased you away.”

She couldn’t believe he remembered. He’d been so out of it, almost incoherent with pain.

“I said things I shouldn’t have.”

“It’s fine,” she said finally, her insides on fire because it was.

That was what she minded.

“You went to get the nurse,” he added quietly, “and you never came back.”

She struggled to smile, a professional smile, the kind she’d give clients who walked into the real estate office enquiring about a listing. “You didn’t need me there.”

Part of her burned, while another part of her raged.

It was too late.

All of this was too damn late.

Face hot, body cold, Sadie reached into her coat pocket for the keys, not wanting to do this with him, not now. Possibly not ever. Watching him nearly die in front of her had changed her, but she’d finally woken up, thank God.

She flashed him another tight, hard smile. “I’m supposed to let you in, show you around, and answer any questions you might have about Marietta, but since you’re from here, I can’t imagine you’ll have many questions.”

Her gaze met his.

“Why did you show up to all those tour events and never come talk to me?”

A fresh wave of heartache and heat surged through her, the heat knotting in her chest while the rest of her remained frozen. “It doesn’t matter anymore.”

She squared her shoulders, lifted her chin. “I liked to make sure you were okay.”

“I kept waiting for you to come back.”

“You shouldn’t have returned to the circuit.”

“She loves you. Just like everyone else in this town—” Sadie broke off, eyes stinging, a lump filling her throat, making it impossible to finish her thought. But then, he didn’t need her to finish anyway. He knew all this and more. The last thing any of them needed was her trying to insert herself into his life when she couldn’t even manage her own.

Turning to the door, she blinked back tears she’d never let him see. Crazy to think she’d been standing here waiting for him. How impossible, how implausible to be back here in Marietta waiting for Rory Douglas?

And just when she’d finally given him up, he appeared.

It wasn’t fair, but then, life wasn’t supposed to be fair. Life was just life, and capricious as all heck.

“Let’s get you inside,” she said, trying to slide the key into the deadbolt. “It should be warm inside. I turned the heater on when I first got here. It’s an efficient heater and a small space, but I think you’ll like it. You’re a little far to walk downtown from here, but there is a small convenience store and liquor store just a block over.” She was babbling, but she couldn’t help it.

When she’d left the Fresno hospital, she’d been hurt, and confused, but she hadn’t planned on leaving him behind. But weeks later her mother died and then her world came crashing in, and Sadie realized it was time to stop chasing false dreams. She wasn’t a girl anymore. She was thirty-five and single and absolutely alone, and she’d always be alone if she didn’t find someone real, and someone dependable, to love.

Only Rory had been part of her heart so long that it’d hurt to let him go. It’d hollowed what was left of her heart, and she knew she had no one to blame but herself.

“Need a hand?” he asked quietly.

She shook her head, not trusting herself to speak. He wasn’t supposed to be here. He didn’t return to Marietta. McKenna said he avoided his hometown at all costs. And yet he stood tall and solid just behind her, his thick sheepskin accenting his broad shoulders and the width of his muscular chest.

Miracle on Chance Avenue is available in the following formats: 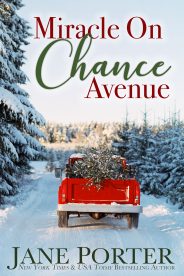 Did you know that Miracle on Chance Avenue and many titles are available digitally from Tule's own bookstore? Check it out!