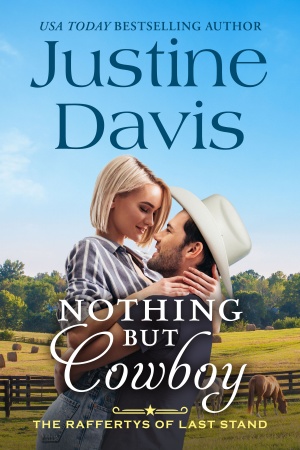 He thought he was content, until she walked in the door…

Keller Rafferty abandoned his dreams long ago to help his mom raise his brothers after his father’s death. Duty, family and deep roots still guide him as he runs his family’s Texas cattle ranch and cares for his new, grieving foster son. They’re just beginning to find a balance when a beautiful and determined woman arrives on the ranch.

Sydney Brock spent her entire globe-trotting life thinking she had no family except her ne’er do well, nomadic, irresponsible parents. When she discovers her parents lied and she has a newly-orphaned cousin, Sydney rushes halfway around the world to provide the teen with something she never had—a home. She’s shocked to be thwarted by a protective—and sexy—cowboy.

Sydney’s determined to form a relationship with her cousin, but Keller doesn’t trust that the worldly woman will stay in small town Texas. It’s up to Sydney to prove him wrong, and the longer she spends time with Keller, his family and her cousin, the more she vows to do just that.

Nothing But Cowboy is currently available in digital format only: 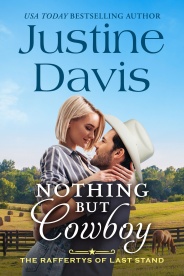