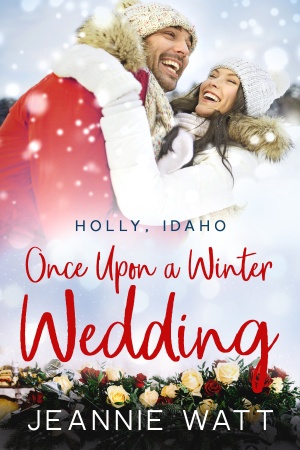 Once Upon a Winter Wedding

Can opposites attract and plan the perfect winter wedding?

Free-wheeling Stevie Evans is thrilled when her best friend announces she’s getting married and promises to help, never imagining she’d play wedding planner with her bestie’s uptight brother, Brant. She and Brant clashed several years ago and she’s avoided him ever since. But this time she can’t run or hide, and the buzz of attraction is stronger than ever.

Brant Gilroy’s meticulous life plan takes an unexpected turn when he hits a career bump on the same day as his sister’s wedding announcement. She wants to get married at the family tree farm, which he’s been restoring. Brant’s determined to make her day special despite his uncertain future, although he dreads working with her best friend—a woman who’s his complete opposite. So why can’t he get her out of his head?

As Brant and Stevie work together, Brant begins to wonder if they have more in common than they suspected. But how can he convince her that opposites can sometimes make the perfect team?

“The end of January?” Stevie Evans swallowed her tea a little too quickly then gave a small gasp as it nearly went down the wrong pipe.

“Are you okay?” her best friend, Kara Gilroy, asked from the other end of the phone call.

“Fine,” she replied, glad they were not on a video call, so Kara didn’t see her nearly choke at the idea of putting on a wedding in a matter of weeks. “Of course I can put together a wedding by January 30.”

She glanced at the wall calendar she used to record her substitute teaching schedule. Four weeks. She could do it. Nothing she liked better than a skin-of-the-teeth challenge.

“Are you sure?” Kara asked. “Theo and I can do the courthouse thing if it’s—”

“It’s not a problem,” Stevie interrupted. The fact that she’d never taken part in a wedding might slow her down, but she had rarely come up against a matter that she couldn’t solve with the help of a search engine and a little ingenuity. “I’m excited to do it.”

“Thank you.” The words rang with gratitude. “I’m being deployed to the no-communications area in two days, which is why Theo surprised me with the proposal on New Year’s Day. I’ll have to leave everything in your hands except for the invites, which he’s handling.”

“You know it’s my fave,” Kara replied, matching her tone.

Stevie smiled. She missed her friend.

“I don’t want you to go to any major trouble,” Kara continued. “Just something super simple.”

“Do you have a venue in mind?”

Kara hesitated just long enough to give Stevie a bad feeling. “I’d like to get married on the tree farm.”

Stevie’s heart gave a small kick. The tree farm was where Kara’s brother, Brant, spent his weekends. Not that that was a huge issue, except that Brant would be there.

“Not a problem,” she said a little too breezily.

“No. It might be. Brant is taking his vacation days this month. It’s use them, or lose them, so—”

“He’ll be there. Right.” Stevie sucked in a breath. “Honestly, not an issue.”

Like she could say, yes, it’s an issue. Stevie would never do that. In fact, she’d done her best ten years ago to keep secret the blazing argument she and Brant had had shortly after she and Kara had been given a three-day high school suspension. She’d failed in that, but she had managed to hide just how deeply Kara’s older brother had hurt her. A decade had passed, yet memories of that fight still stirred dark emotions. It sucked when a guy you admired told you what he thought of you…and it wasn’t flattering.

“I was a little concerned about you working together.”

Stevie closed her eyes, once again thankful she was not on a video call. Having Brant on the premises was one thing. Working with the guy…that was a totally different thing.

Stevie opened her eyes. “We’ll do just fine. Now, what about the dress?”

“Got it covered. I’ll bring it home with me.”

“Your choice, but not neon green.”

Kara laughed. “You’re a lifesaver, Stevie. Theo and I want to get married in front of friends and family, but you know what our schedule is like. I really owe you.”

“In a ridiculously short amount of time,” Kara said. She was being discharged from the military in roughly four weeks, and in six weeks her contractor fiancé was heading overseas to take charge of a multi-year pipeline project. Kara and Theo had managed a long-term relationship for most of Kara’s military career, and now they wanted to get married before Theo headed overseas. It made for a tight window.

“I’ll make it work. No. We’ll make it work, Brant and I,” she amended, thus demonstrating her commitment to cooperating with Kara’s brother. “I assume, given the venue, that you want an outdoor ceremony?”

“Unless there’s a gale force wind, yes. I’ve always wanted a winter wedding, and this will be a great way to kick off Brant’s new venture, if he goes through with it.”

“What venture?” Stevie frowned, wondering how, in a town the size of Holly, Idaho, she hadn’t heard of a possible new Gilroy endeavor.

“Huh. Guess my mind has been elsewhere,” Kara said with a soft laugh. “He’s been knocking around the idea of using the tree farm as an event venue to bring in some extra money. Weddings and anniversary parties. Things like that. Property taxes keep rising and while the Christmas trees do well, the profit margin is diminishing. This will give him a taste of what he’ll be getting into.”

“I assume that’s in addition to continuing his job in Boise.”

“This is my brother we’re talking about. If you can easily do two tasks, take on three.”

“Brant is driven.” Stevie would give him that, even though she didn’t consider it an entirely positive trait. “It’s a genius idea to expand the tree farm.”

“It was mine,” Kara said. “Don’t let him take a lick of credit.” Muffled voices sounded in the background of the call and then Kara said, “I’ve got to go, Stevie. Thank you again. I’ll be in touch tomorrow.”

“And I’ll get in touch with Brant so that we can start planning on our end.”

She set down the phone and leaned back in her chair, lacing her hands behind her head as she studied the wall calendar. Four weeks. She could do it. And she would do whatever it took to along with Brant Gilroy while they planned and executed this wedding.

What would it take?

A dose of understanding?

Well, she did understand things now that she hadn’t back then. Brant had seemed so cool-headed and in control while acting as both brother and parent to Kara after they’d lost their parents that Stevie hadn’t realized that he’d probably been overwhelmed. Or that he was doing what he thought was best when he hounded Kara to be as focused on the future as he was. The three-day school suspension for the cafeteria Jell-O war had been his tipping point.

Stevie unlaced her fingers and got to her feet, needing to move. The memory always made her uncomfortable, because he’d so obviously meant every scathing word he’d growled at her during their showdown.

Self-centered and without regard for others. Taking Kara down with you—what kind of friend are you?

She’d been the kind of friend who’d tried to distract Kara from grief, but he hadn’t bought into that—probably because she’d been so overwhelmed with the wrongness of his accusations that she’d barely defended herself.

What really stung was that she’d thought he was so wonderful and admirable until the moment he’d blindsided her.

He did not feel that same, and he had no reason to like her any more now than he had back then, but her self-esteem was no longer as fragile as it had once been. In fact, now that she had come to know herself better, it had hardened up nicely.

Once Upon a Winter Wedding is available in the following formats: 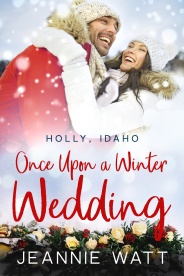 Did you know that Once Upon a Winter Wedding and many titles are available digitally from Tule's own bookstore? Check it out!