Legacy of the Maguires, Book 3 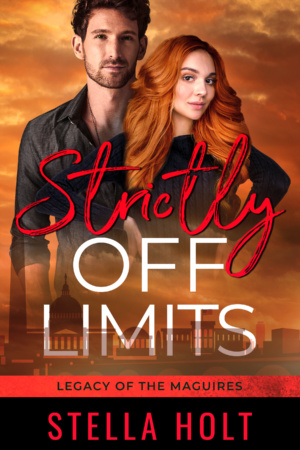 Legacy of the Maguires, Book 3

This irresistible flirt would do anything to get his girl—but clearing his name could be out of his jurisdiction.

D.C. paramedic Hannah Paletti has just one problem: the ripped detective who’s starred in every romantic fantasy she’s ever had. Not only is longtime crush Conner Maguire her new partner on a community service project—he’s her brother’s sworn enemy. Hannah’s determined to raise enough funds for a community center to keep kids off the streets. And Conner, who denies betraying her brother, is all-in on her project. After one kiss, she can’t resist Conner anymore, and she doesn’t want to. But if her family finds out, she’ll lose more than just her heart.

Conner Maguire’s biggest problem has curves that make his hands itch, red curly hair, and enough sass to keep him hooked and booked forever. But to this day, he doesn’t know how her brother’s college sweetheart ended up in Conner’s bed, and he never cared to figure it out—until now.

Because choosing between family and love is tearing Hannah apart, so he needs to offer her both.