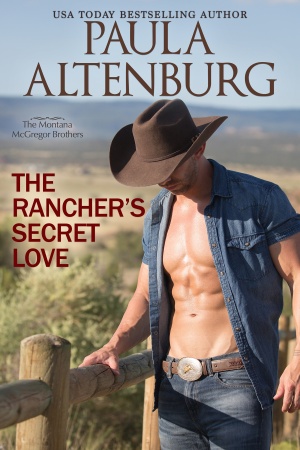 Could home be ‘on the range’?

After teaching at a prestigious university, Luke McGregor is headed home to his family’s ranch in Grand, Montana, to help his brothers raise their baby niece and nephews and to help save the struggling ranch. His long-time girlfriend wants no part of playing cowgirl and dumps him fast. Luke commits himself to being home for at least a year and throws himself into family and ranch life. A chance meeting with a beautiful and free-spirited woman and a promising first date makes him wonder if his place is necessarily in a big city.

Plucky Mara Ramos has lived much of her life on the road as a performer, but a dance injury, that permanently sidelines her professional career and ends her fling with a famous pop star, strands her in the middle of Montana. She likes the friendly small town and soon opens a dance studio intent on building a new life for herself. She enjoys inspiring her young students, but she can’t help but feel she needs more. A casual date with an enigmatic, flirty stranger, who is so much more than a cowboy, teases Mara with the possibility of putting down roots and finding a happy every after.

When Luke’s former girlfriend announces she’s pregnant, he’s faced with the decision of a lifetime. If he’s all about family, can he make a decision that will keep Mara in his life?

His mother had converted the former nursery into a sewing room twenty-five years ago, after the youngest McGregor graduated to a big boy bedroom. Now her sons were converting it back.

Fat pink blobs of paint speckled the drop cloth Luke and his brother Zack, the big boy in question, had spread to protect the honey-colored hardwood floor. The sewing machine, plus their mother’s sewing supplies—the reams of fabric, the hundreds of buttons, the dozens of spools of thread—had been boxed up and donated to the local ladies’ auxiliary.

Luke swallowed around the lump in his throat. Cleaning out this room was the hardest thing he’d ever done. It really drove home the fact that she wasn’t coming back.

“Wow,” Zack said, his gaze sweeping the small room. A fine spray of pink from the roller he’d used on the ceiling dusted the deep reddish-brown of his hair. “That’s really pink.”

He tapped the lid closed on the paint can with the wooden tip of his brush. He had no quarrel with pink. His issue was with their older brother Jake’s automatic assumption that all little girls loved the color when there had to be at least a thousand alternatives to choose from. Or so it had seemed when he checked out the paint chips at the hardware store in Grand.

But Lydia Williams—their twenty-month-old niece—was likely too young to care what color her new room would be, and Luke’s judginess about it might be because he disliked Jake making all the decisions. It was an ongoing theme in their thirty-one year relationship.

And his biggest issue likely wasn’t even with Jake. A lot of shit had gone south in Luke’s life of late and Jake made a good target for his pent-up aggression. Luke had to force himself sometimes to remember that his brothers had both suffered big losses, too. Three family members were gone. Four, if he counted their brother-in-law, Blair. The hole they left inside him was enormous.

But Denise showing up, pretending to care, and then walking away when he needed her most, was the worst kind of betrayal, and he wasn’t sure he’d ever recover from that.

“Now’s not the time to talk about marriage. I’m okay with you being in Montana for a few weeks to help your brother get the kids settled in,” she’d said, cool as could be. “But I’m not okay with you giving up a prime teaching position that you worked hard for so you can stay an indefinite amount of time. And I’m certainly not staying here with you. I’m truly sorry for your loss, but this isn’t our problem. The ranch and the kids belong to your brother. Our life is in Seattle.”

Luke had thought it was, too. Right up until he’d gotten the phone call that his parents, his sister, and his brother-in-law had all died in a plane crash in Peru. The trip had been a birthday gift from Liz and Blair to their father. Liam McGregor had talked for years of his desire to see Machu Picchu someday.

The dream had turned into a nightmare. One the McGregors would have to deal with as a family, because Luke had discovered his hard-earned, incredibly rare teaching position at the college wasn’t nearly as important to him as the people he loved.

He loved Denise, too. Or at least the woman he’d believed her to be. It was possible he didn’t know her as well as he’d thought, because he couldn’t wrap his head around her refusal to stand by him right now. In his experience, it was what people who loved each other did.

Instead, she’d boarded her flight to Seattle without once looking back, leaving Luke to question his values and what was important to him, something he’d never had to consider before.

“We could add a wallpaper border,” Zack said.

“What?” Luke had lost the thread of their conversation.

“A border. You know—with teddy bears, or dolls, or something.” Zack stretched his neck muscles, rolling his shoulders. “Maybe Disney princesses. Little girls love that crap.”

No way was Luke supporting gender stereotypes. Let Lydia grow up to be a free thinker. She was a human being with a mind of her own. “Maybe we should wait and see what she likes rather than stick her with something she might end up hating.”

“It’s a nursery, not a prison cell. When she’s old enough to have her own room, she’ll be able to tell us how she wants it to look.” Zack examined the wall. His blue eyes, the same shade as their mother’s, held a frown. “But until then, we should do something to offset all this pink. It looks like the inside of a wad of cotton candy in here. It’s making me nauseous.”

“Everything makes you nauseous.”

Zack’s weak stomach was a family joke that dated back to a long car ride to Nevada when they were kids. But in this instance, Luke couldn’t say he was wrong.

The paint was really, really pink.

Rooms for ten-year-old Mac and five-year-old Finn had been easier to prepare. Luke had taken pictures of their man caves in New York and he and Zack had recreated them here as best they could.

Lydia, however, still shared her parents’ bedroom, so they’d had nothing to guide them. He and Zack knew squat about little girls and even less about babies. Their sister, Liz, had been the eldest McGregor sibling, and growing up, she’d fit right in with the boys.

Guilt punched Luke in the gut. He’d been so obsessed with earning his PhD and landing a teaching position, he’d neglected spending time with his niece and nephews. Other than the funeral, he’d last seen them for a few days at Christmas five months ago. Visiting them once a year wasn’t enough to form a solid relationship with them and things were about to change. They deserved the happy childhood their mother had planned for them, and now, it was up to her brothers to make it happen.

But putting Jake in charge… What had Liz been thinking?

The Rancher’s Secret Love is available in the following formats: 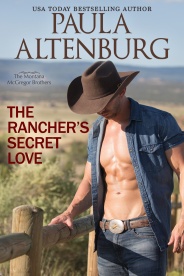 Did you know that The Rancher’s Secret Love and many titles are available digitally from Tule's own bookstore? Check it out!