Tule author Jamie K. Schmidt took some time to talk about her second installment in her Three Sisters Ranch series, The Cowboy’s Hunt. 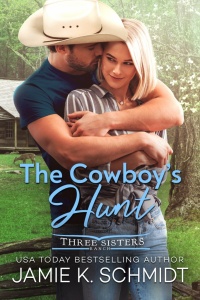 What initially drew Emily into the Peace Corps?
Emily wanted to show her family that she was a responsible adult, and getting the heck out of Last Stand, Texas, was high on her list because of her father’s temperament.  She also wanted to help make a difference in people’s lives, so the Peace Corps seemed like the best choice.

Are you a hunter? Have you ever been? 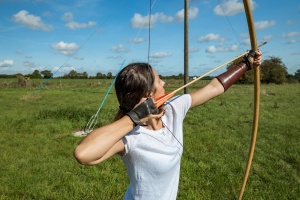 I’m not a hunter, but my father is.  While we don’t live on a farm, our family is lucky enough to have about thirty or so acres of forestland. For a chance of pace, every year he would go to a cabin in Vermont for the weekend to hunt. Without fail, we’d see three full rack bucks in our front yard while he was gone. One of my favorite stories he tells is when he and his friend, Bobby, were walking across a cow pasture and one of the cows didn’t like it.  So she charged them.  My father stayed put, but the cow chased Bobby all across the pasture and up a tree.

I only fired my father’s deer rifle once.  It was a .357 magnum, which is a weird caliber for a hunting rifle. My grandfather used a 12-gauge shotgun. I could barely lift that thing. My father’s rifle had the prettiest strap for it.  It was wide leather with a field of deer pictured on it, which is ironic if you think of it.  Anyway, we had a fifty-gallon drum with a can on top set up for target practice. He told me to tuck the butt of the rifle below my shoulder, take a deep breath and fire.  I knew the rifle was going to kick, but I hadn’t expected to be blown back.  I landed hard on my back, deafened – because I wasn’t wearing ear protection (It was the 80’s), with my finger still on the trigger, the rifle still tucked in my shoulder, but facing to the sky.  You wouldn’t believe the bruise I had on my chest.

When my mother started talking to him again and my bruise faded, he decided to have me try out his .22 rifle. Which for the curious, doesn’t kick at all. Or at least, not that I noticed.  This time, we were in my grandfather’s yard and the can was on his fence post.  My father takes the first shot. Clang! The can wobbles. I line up my shot. Clang! The can doesn’t wobble.  Well, that’s strange.  I take my second shot. Clang! Again – no wobble. So we go check it out. The can has one hole in it.  I’m so proud of myself.  I put the bullet through the hole my father made in the can. Not once. But twice. Sound impossible?  It was. But we had no other solution. A few days later, my grandfather calls us yelling his head off, “Who the hell put two rounds into my wheelbarrow?” My father threw me under the bus.  “The baby did it.” (I was sixteen.) My grandfather immediately deflated and was like, “Oh, all right.  I shouldn’t have left it out there.”  It was to the way right of where I was aiming, so far off the mark my father and I didn’t even consider that’s what I had shot.  Which is why you always stand behind someone who’s firing a projectile.

I took up the bow after that. My father had a beautiful longbow that was almost as tall as I was, and you’d string it by wrapping it around your leg. I loved that bow. I can’t remember the test weight, but I remember they told me it was too hard for me to drag back.  Well, that was all you had to tell me. I practiced and practiced until I could draw it back to my cheek without quivering too much. And once I could hold it steady, my father gave me some arrows without tips and told me to go shoot a tree. I was pretty good. That big oak tree never stood a chance. And then I saw the squirrel. I knew I could hit it. I hated squirrels. Not only were they destructive, they would eat my dog Christopher’s food right out of his bowl and taunt him while doing it. But Christopher was a gentle giant, a collie-husky mix, and just sat there forlornly and let them eat his food. So, this was going to be for Christopher. I drew back, aimed—but before I released the arrow, I realized I didn’t want to kill the squirrel. I knew that if I killed it, something in me would be forever changed. I knew how much I cried when I accidentally ran over a squirrel in the road.  What would I do if I deliberately chose to do it?  I decided I didn’t want to find out. 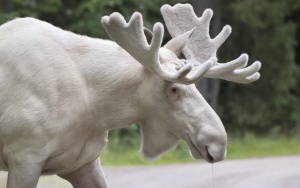 What is something you can find on the Three Sisters Ranch that you can’t find anywhere else in Last Stand?
Ghost.  Ghost is a rare white elk. She travels all around the back forty acres of the ranch, but she’s been known to come closer to the ranch house on occasion. 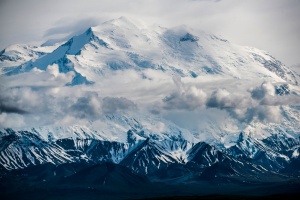 Donovan wants to go to Alaska. Has he ever been there or is it just his escape destination?
Yes, he was there tracking rabid animals. While he liked the challenge of pitting himself against a crafty predator like a cougar or a grizzly bear, he doesn’t hunt for sport.  He hunts to protect people and put suffering animals out of their misery.

As an eco-warrior, Emily loves all flora and fauna. What is her favorite animal and why?
Horses. She adores them and has been horse crazy since she was a little girl. She considers her palomino Sunflower one of the family.  When she was younger, she would barrel race in the Last Stand Rodeo. She goes out riding with her father when they move the cattle from pasture to pasture and also goes exploring their land not only with Sunflower, but also with the other trail horses on the ranch. Emily loves to exercise them and take care of them. Her sister, Janice, has a retired racehorse named Synergy that she sneaks peppermints too and takes him out for fast rides. 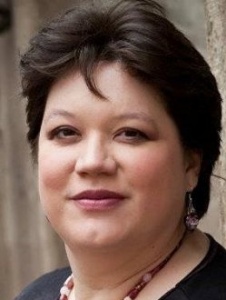