Tule author Michelle Beattie took some time to give us the skinny on her second book in the Tangled Up in Texas series, Cowboy True. 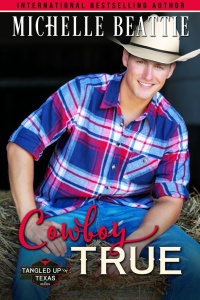 How is Gage Granger different from Dallas Granger (your hero from Cowboy Up)?
Where Dallas is more the hot head and the “bad boy” Gage is the sweetheart, the glue of the family.  He’s the caregiver.  If someone needs help, Gage will be the first to step in.  He’s also a take charge kind of man, but in a more subtle way than Dallas. Gage finesses what he wants, rather than demands.  So you don’t see him coming the way you would Dallas.  But it’s just as, if not more, effective.

How and when did Faith and Gabe first meet?
They met in high school when Faith’s mother abandoned her with her grandmother.  While the attraction was always there for Faith, she never felt she was good enough for Gage.  And by the time Gage summoned up the courage to tell her his feelings, she’d made the decision to leave town. Not wanting to stand in her way, Gage let her go. He’s regretted that decision ever since. So six years later, when the book takes place, when he bumps into Faith again, he’s determined not to let her go again.

What would be Gabe and Faith’s favorite song to slow dance to?
“Amazed” by Lonestar.  I think they’re both amazed by the other and how they feel when they’re together.

When Gabe’s not working the ranch, what is his favorite this to do?
He likes to ride and fish. Likes watching ball games on TV with his brothers. He’s also a really good cook! 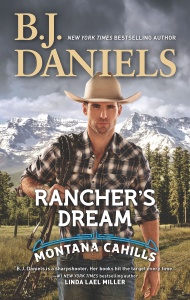 What are you currently reading?
B.J Daniels’s Rancher’s Dream. 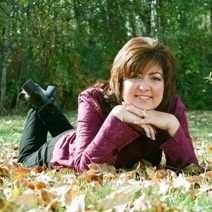