Nan Reinhardt stopped by the Tule blog to discuss the second book in The Lange Brothers series, Falling for the Doctor! 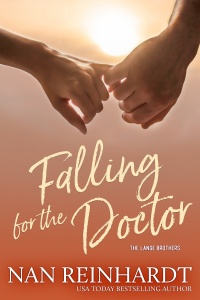 Where did you get the inspiration for Falling for the Doctor?

Honestly, it came with the Lange Brothers series inspiration…Max showed up in The Baby Contract, as did Ryker (The Valentine Wager) and Beck (The Fireman’s Christmas Wish), and these guys just called to me. Max is my sweet innocent teddy bear—so full of love. He reminds me of Husband when I first met him, over 50 years ago. Yikes! Has it really been that long?

Can you share a fun fact about your hero and heroine, Max and Lauren, to help readers get to know them better?

Max is such an innocent and always sees the sunny side, while Lauren has been raised in such a staid academic atmosphere that she has a hard time believing it’s okay just to be happy. They balance each other well, I think. Max’s faith in Lauren is what gives them their happily-ever-after. 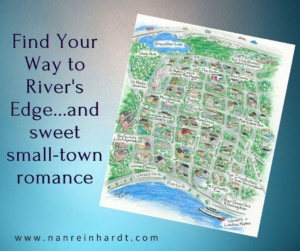 This is the second book in The Lange Brothers series, but it isn’t your first time writing a story set in River’s Edge. What was it like to come back? Will we see any familiar faces?

Oh, yes! I love River’s Edge and there are so many wonderful stories there! I loved coming home to that little river town to tell Max and Lauren’s story. You’ll see lots a familiar faces—the Flahertys, in particular the Flaherty wives, who befriend Lauren, of course the other Langes, but also Mac and Carly from the Riverside Diner and the Breakfast Club—Noah, Butch, Harry, and Clyde. It’s a blast to give those secondary characters cameos and to introduce new characters in each successive book.

That’s a tough one—the whole book was fun to write. But I really loved Lauren’s scene where she does the tracheostomy on the little choking girl because she was back doing what she loved—surgery, even if it was a minor one. She saved a child and discovered her own gifts again there on the side of the road. And proved to herself that her instincts and talent were still there. When the chips were down, she didn’t hesitate to act. Plus there was a connection to her mom, who died several years before—so just a real moment of self-awareness for Lauren.

Lauren tugged the mother away, peering around John’s shoulder. Sure enough, the child was struggling to breathe, choking and panicked, the toddler tried to speak as she clawed at her neck.

“Let’s get her out of this seat.” Shoving the mother back none too gently, John unsnapped the clips that were holding the child in the harness and handed her to Lauren, who immediately tried a child Heimlich on her to no avail.

“Dammit, it’s not working!” Lauren laid her on the grassy verge a few feet away, knelt beside her, and opened her lips, peering inside for whatever was obstructing the airway.

“What was she eating when you were struck?” Lauren glanced over her shoulder at the mother, who was now sobbing.

“Listen!” John shook the woman gently. “What was she eating?”

“B-breakfast,” the mother choked out. “Sausage links w-wrapped in p-pancakes from…” She pointed helplessly back down the highway toward a cluster of fast-food joints.

Lauren held the child’s tongue down with her thumb—whatever was blocking the little one’s airway—most likely a piece of sausage—wasn’t accessible.

The child’s mother yanked hard on Lauren’s elbow. “Stop it! I tried that already. I couldn’t reach it.”

Lauren shrugged her off. “I’m a doctor. Let me help her.”

“She’s trying to clear her airway.” John gently pulled the woman back. “Let her work.”

Gratified he had taken the poor mother in hand, Lauren said grimly, “I’m going to have to trach her. Find me a-a straw or a ballpoint pen. Anything hollow! Quick!” She reached into the outside flap of her bag, retrieved the small bottle of hand sanitizer and slathered it over her hands.

“I have a knife in my truck.” John released the mother, who was sobbing and hovering over Lauren and the child.

“There’s no time. I’ve got this.” Lauren waved him back, while at the same time unzipping a secret pocket in the interior of her purse, fumbling for, and finally clasping her fingers around the pocketknife there.

It was her mother’s Girl Scout pocketknife—a relic from the sixties—something Frannie had carried with her everywhere. You never know when a pocketknife might come in handy, Fran had declared as far back as Lauren could remember, always be prepared. When Lauren discovered it tossed on the dresser in her parents’ bedroom the day of Frannie’s wake, she’d slipped the small emerald-colored penknife into her pocket. From that moment, she’d had it with her always, moving it from purse to purse for over fifteen years, a talisman of her mother’s love and faith in her. She’d kept it sharpened and often brought it out to look it, hold it, and remember Frannie slicing twine or opening a package or cutting a flower stem in the garden.

Acting purely on instinct, Lauren tipped the girl’s head back to expose the cricoid cartilage, running her finger gently down the child’s throat to find the bulge. Just above it, she drenched the neck with sani, then squirted it all over the stainless steel blade of Frannie’s knife.

“Here.” John tapped her on the shoulder, holding out a paper-wrapped drinking straw. “Found this in the console.”

He obeyed, using the wrapper to protect the sanitary end while Lauren applied the tiny scissor on the knife to shorten the straw.

“You’re going to cut her throat?” the wild-eyed mother screeched, falling to her knees beside Lauren. “With…with that? No!”

Lauren glanced up, keeping her tone as kind as she could manage. “Unless you’ve got a scalpel handy.” She didn’t blame the mother for being frantic, she just didn’t have the time to deal with her.

John knelt and wrapped his arms around the mother, holding her back against his chest. “Shhh,” he murmured in the woman’s ear. “She’s going to help her breathe. Here.” He turned her, making sure her face was against his shoulder and held her head there so she couldn’t watch. Lauren was thankful for his response, which was exactly the right reaction to the distressed mom’s hysterics.

Taking a deep breath, Lauren sent a silent prayer to her own mother. Help me. The child’s neck, white and delicate, nearly stopped her, but she set the blade against the skin and with a hand steady as a rock, made a half-inch cut, exposing the yellowish rings of the cricothyroid membrane. Blood filled the cut, but miraculously, someone above her thrust clean gauze at her so she could clear her field. Slicing between the rings, she inserted the piece of plastic straw into the trachea through the hole she’d made and gently blew two breaths into the tube. Air came back to her and the child immediately began breathing on her own through the straw. “She’s breathing!”

The little girl’s color lightened in a matter of seconds and her eyes opened, huge and dark brown and terrified.

I’ve got two books going right now—Jane Porter’s Flirting with Fifty and a book by another Tule author that I have an ARC of, Sapna Srinivasan’s A Rebel’s Mantra, which I think comes out in July. I’m also slowly savoring the book my sister gave me for Christmas, The Country Diary of an Edwardian Lady. It is a beautiful journal filled with amazing drawings. I don’t have the gift of drawing, so I’m getting the thrill vicariously through this lovely volume. 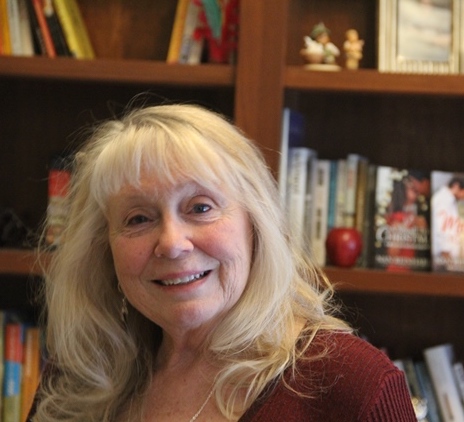