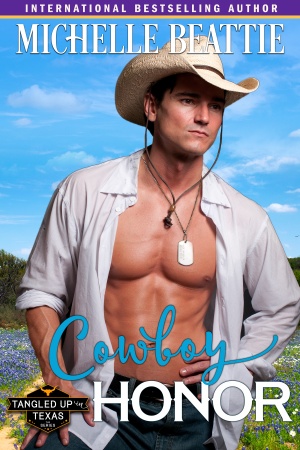 This time he wants it all…

Hudson Granger’s family has been estranged since he was a boy. Sixteen years later, not much is different. Or so he thought. After an eighteen-month deployment, he arrives home to his family’s Texas ranch and is shocked by how much life has changed. His brothers are mending fences and have found love. Their father is slowly recovering from a massive heart attack. The kick to Hudson’s chest—learning he has an infant daughter.

Nurse Avery Collins never planned on telling Hudson their vacation fling had resulted in a child. He’d made it clear he wasn’t looking for anything serious, and after her dad ran out on her and her family, she didn’t want to rely on a man for anything. But when her daughter has a serious health scare, Avery’s hand is forced.

Despite their sizzling attraction, Avery is determined to keep Hudson at arm’s length, co-parenting only. But Hudson wants everything—a wife and a family. And he’s determined to get it.