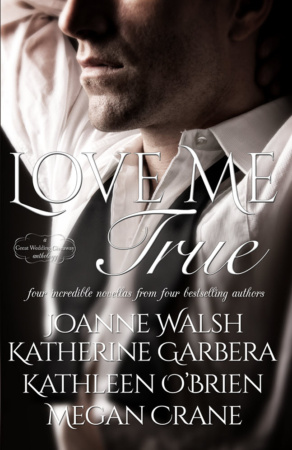 The Unexpected Bride by Joanne Walsh

Laurent Fletcher has to admit his life would be a whole heap better if there was woman in it. His kids are running wild, and his dog is acting crazy; he’s been finding it tough to juggle everything since his wife died, and run his successful custom-built furniture business. But maybe there is a solution that won’t demand any emotional input from him: hire a female to whip his turbulent household back into shape.

Emma Peabody is a British nanny, looking for a new life in the New World. When she arrives at River Bend and finds two small motherless children, a miserable pet and a man who’s placed his emotions in the deep-freeze, she realizes she’s joined a broken family and it will be down to her to put it back together again.

The kids and the dog are easy—all they need are routines and love. Their father is something else. Laurent isn’t about to drop his guard and let Emma work her magic—and it doesn’t help that she finds this dark, brooding man incredibly attractive…

The Substitute Bride by Kathleen O’Brien

Once upon a time, Marly Akers had believed that, for better or worse, people made their own luck…

Marly wonders how she could ever have believed it. Jilted and pregnant, she’s come back to Marietta with her tail between her legs, the blow to her ego huge as she begins working at her family’s small newspaper, the Copper Mountain Courier, and sharing a tiny apartment with her disapproving mom.

Things can’t get any worse. Or maybe they can. Drake Everett, who secretly captured her teenaged heart and then publicly trampled on it, decides to make her re-acquaintance. Though Drake isn’t the sharp, funny, cocky, arrogant rich boy of yore. These days he seems sharp, funny… and supportive and decent, and Marly realizes she could fall for him all over again… if she listens to her heart. But what about her reporter’s head, which has sniffed out a story that paints Drake as the sweet talker she’s always known…?

A Game of Brides by Megan Crane 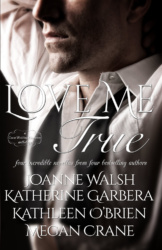 Love Me True is available in the following formats: 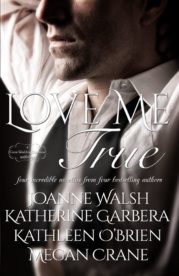 Did you know that Love Me True and many titles are available digitally from Tule's own bookstore? Check it out!

A Game of Brides →