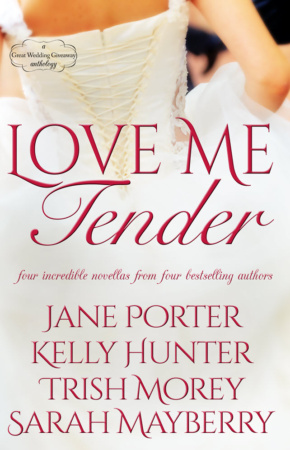 The Tycoon’s Kiss by Jane Porter

What a Bride Wants by Kelly Hunter

What a bride wants…

Ella Grace Emerson adores her father, but he keeps trying to marry her off to every eligible rancher in Montana. When he puts an ad in the paper on her behalf – for a docile house-husband – Ella retaliates with one of her own, pinned to the noticeboard of the local saloon. No husband required, housebroken or otherwise. What she wants is the perfect lover.

What a bride needs…

Newcomer Cam Sawyer is perfectly willing to tear up the sheets with Ella and be her partner in chaos. She wants a bad boy and he’s had experience aplenty. But what she really needs is a strong and loving partner, and until Sawyer stops running from his past he can never be that.

Sawyer’s the one Ella wants. But can he be the man she needs?

Almost a Bride by Sarah Mayberry

Tara Buck has always been the good sister, level-headed by comparison to Scarlett, her flaky, impulsive twin. But when Tara learns her fiancé has been cheating on her with one of his school students, the orderly world she’s created for herself suddenly feels as if it’s falling apart. For years she chose the safe option, but from now on she’s going to live a little, stretch her wings…be a little daring. And if that means acting on the long-suppressed feelings she’s always had for Reid Dalton, then so be it! Reid has wanted Tara from the moment he met her, but she’s always been out of bounds. Not only is she his patrol partner at the Bozeman PD, she’s also engaged. But then her relationship blows up, and Reid finds himself battling his own instinct to stake his claim with the finest, hottest woman he’s ever known.

Even if anything did happen between them, it would only ever be temporary – Reid’s a born wanderer, while Tara’s roots run deep in Marietta. So even if things are good between them, it seems their romance is destined to be short and sweet… 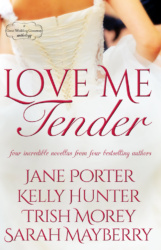 Love Me Tender is available in the following formats: 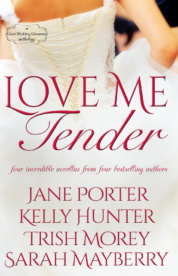 What a Bride Wants →