Tule author Gerri Russell took the time to discuss her new release in the All the King’s Men series, Romancing the Laird. 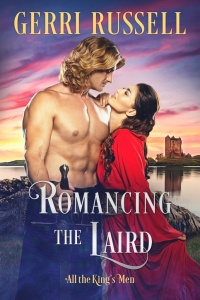 What is your favorite thing about writing historical dialogue?
For me, writing historical dialogue is like playing a balancing game. It’s tricky trying to make a book historically accurate while making the words assessible to the modern reader. If I laboriously researched the historical context of every word used in the 16th century and added a thick brogue for all the characters in my story, I would finish one novel in about five years, and it would take readers almost as long to figure out what the character were saying!

There are two really important aspects to writing historical dialogue. First, use dialect lightly so that it sets the stage but doesn’t overwhelm the narrative of the book. I like to say I use “brogue-light” and usually only for my secondary characters. And I toss in a few Gaelic or Celtic phrases, more for setting than actual dialogue. Second, it’s important to use the right words by checking what date words came into use. For instance, my hero cannot be mesmerized by the heroine in 1591 because the word did not exist until 1820 as a result of Franz Mesmer, the illustrious 19th century magician, whose association with hypnosis was so great that “to be mesmerized” came to be synonymous with being in a trance or hypnotized. I’m a writer. I love words, and figuring out what words my characters can say to tell their story is one of my favorite parts of writing.

Lucy is an elite archer. Does she have natural skill or is she well-trained?
Lucy is highly atypical for a woman of her century. She is not one to stay in the shadows, to follow the dictates of the men in her life, or to trust that those men will protect what she loves most—a sister who is vulnerable due to illness. In order to accomplish her goal of protecting her sister, Lucy taught herself how to use a bow and arrow by watching the castle’s guardsmen and imitating what she saw until she was a better bowman than any of those in her father’s employ. She did not need a partner to battle against in order to train as an archer since her weapon of choice has more to do with skill and accuracy then power.

Who is more stubborn: Lucy or Reid?
That’s a tough question because both Lucy and Reid are both terribly stubborn! Reid is duty-bound to protect king and country, and will let no one and nothing stand in the way of that duty. Whereas, Lucy is bound by the bonds of love to her sister. She will do anything, even sacrifice herself, to keep her sister safe. But I do think Lucy has had more obstacles to overcome in order to achieve her goals, so her stubbornness is more of an asset than a detriment. Lucy and Reid are a perfect match for each other. Their life together will never be boring.

Reid Douglas is a warrior — what is his favorite weapon to yield?
Reid’s weapon of choice is the broadsword—which is considered the king of weapons. It was used by the Vikings, the Crusaders, and knights in armor. For a thousand years it was the classic weapon of the west and a symbol of power, religion, authority, and the subject of myth and legend. It was a weapon that was strong enough to defend against heavy blows, and yet light enough to deliver a fast and accurate attack. In the right hands, the broadsword could and did change history. Why would Reid use anything else?

Without giving too much away, what is next for the All the King’s Men series?
In the next book in the All the King’s Men series, we meet Lachlan, the youngest of the Douglas men and of the King’s warriors, and Elizabeth, the daughter of the Ruthven clan leader. The Ruthvens and the Douglases are bitter enemies. When the King and Queen of Scotland order Lachlan and Elizabeth to marry, hoping to end a feud that has spanned three generations, they do as they are commanded but do not go quietly into marital bliss. As tension builds between the couple, outside forces threaten not only their lives, but the very fabric of Scottish society. 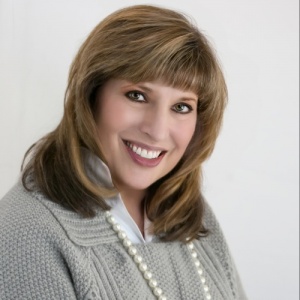