Tule author Joanne Walsh took a moment to talk about her new release, The Russian’s Pleasure Proposal, the second installment in her Greek Island Millionaires series. 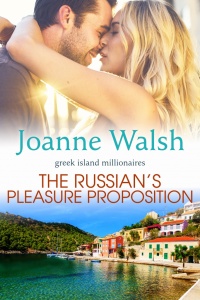 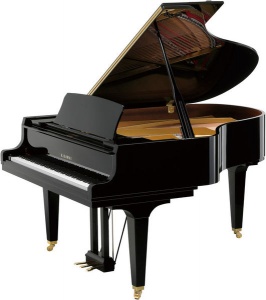 Sergei is a music mogul. What kind of music did he strike gold with? Is that his favorite musical genre?
Sergei studied classic music and is a trained pianist, both of which stand him in good stead in his role as a composer. He was in his early twenties when he struck gold writing and producing electronic dance music, scoring a string of Europe-wide hits. When it comes to his own personal taste, he likes a good power-ballad, and he’s composing just that for Greece’s entry into the annual Euro Songfest. The song is to be performed by singer Despina Alexiou and, as readers will see, devious Despina is keen to get her claws into Sergei to further her career, even if that means kicking poor Hannah to the curb. The question is, will Sergei fall for Despina’s tricks? 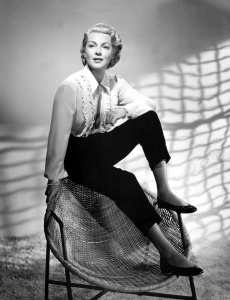 What is Hannah’s personal style? Does it differ between business and pleasure?
Hannah is going through a 1950s-inspired phase, fashion-wise. This style suits her petite, curvy figure. She has different sectors in her wardrobe for business, pleasure and partying. So, at various times in the story, we see her looking quite smart and prim and Doris Day when she’s working for Ionian Villas, Pink-Ladies-out-of-Grease when she’s doing casual, and a bit of a Lana Turner-style blonde bombshell when she attends Frankie and Nik’s wedding and then, later, when she tries to turn Sergei’s head.

Sergei’s got a good sense of humor. Can he laugh at himself?
Sergei’s humor is witty and dry. It makes him very attractive to women and has helped him out of many a sticky moment. He doesn’t take himself too seriously either.  His childhood in Moscow was tough and he experienced at first-hand how cruel people can be. Grateful that he got a second chance at a better future, he prefers to smile his way through life than frown. 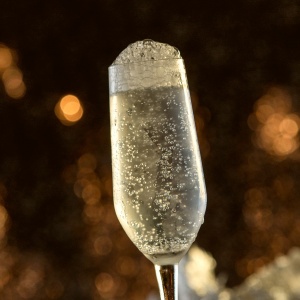 There are a lot of wealthy men in the Greek islands. How does Sergei impress his ladies… or is he known by his reputation?
Sergei does have something of reputation for being a player—the tabloids have dubbed him the Russian Rake. He’s got an abundance of good looks, charisma, success and wealth, which have women falling at his feet. Those things plus his infamous cocktails—his speciality being an Arctic Kiss, which is a double shot of chilled vodka topped up with champagne.

But when the story opens, we find him seriously questioning his relationships with women, grasping he needs to change and be more sincere if he’s ever to find lasting love. However, a leopard doesn’t change his spots overnight, and when Sergei realizes Hannah could be the girl for him, he has to do some work on himself; dig deep and do whatever it takes to offer this lovely but vulnerable woman the patience, kindness and love she deserves.

Has Hannah traveled much in her life? If so, what is her favorite destination other than Greece?
Hannah hasn’t traveled at all before arriving in Greece. Her early life was difficult, being raised by a single mom who didn’t have much money and let herself become bitter about how Hannah’s father left them when she was pregnant. So, coming to Kathos is a huge turning point in Hannah’s life, her opportunity to get away from home and create an adult existence for herself, get a good job and a place to live, and maybe a nice boyfriend will follow. However, if she can make things work with Sergei, she’ll be on the cusp of an even bigger adventure, where the world will be at her feet and ready for her to explore. 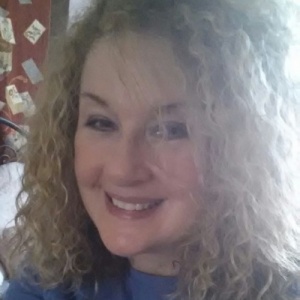