Carrigans of the Circle C, Book 7 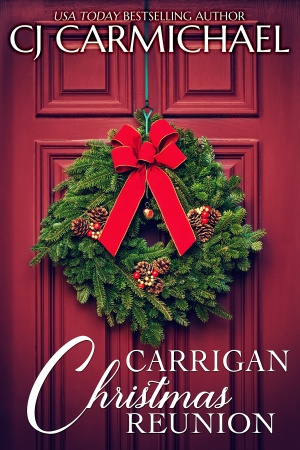 Carrigans of the Circle C, Book 7

Wren’s most perfect Christmas ever is turning into a nightmare. The Carrigan family is in chaos with various medical issues, no one has put up the tree or done any Christmas baking. The only bright spot is Harris Quinby, a ranch hand at the Circle C, who manages to be there for Wren every time her family lets her down.

Harris Quinby has never forgotten the summer Wren spent on her grandfather’s ranch when she was fourteen and he was sixteen. She’d changed his life that month, and now he finally has the chance to thank her…but what if he falls in love with her instead?

This was going to be the best Christmas ever! Wren Bishop stepped out of the Bozeman airport, pulling her luggage behind her, and filled her lungs with sweet Montana air. She felt like tossing her red wool cap in triumph.

After six months mired in academia at the University of Colorado, she needed a break. She couldn’t wait to catch up with her twin sister Portia, get fussed over by her favorite aunt Callan and snuggle in for a big hug from her mom.

Last year she’d skipped the holidays to work on her thesis. The sacrifice had been worth it—she now had her master’s. But she’d missed her family and their holiday traditions more than she’d expected.

Sipping hot chocolate around the fireplace at the old ranch house.

Baking with her mom and aunts in the roomy country kitchen.

Playing with her cute little cousins and her nephew Zavy.

Getting all dressed up for Christmas Eve service, followed by Death by Chocolate at her aunt Sage’s.

Best of all was Christmas morning, opening stockings, lazing around, then the big rush to prepare a traditional dinner with her late grandma Bramble’s recipes.

Wren even thought she could face, with a smile no less, the traditional tea with grouchy Great-Aunt Mable at Bramble House. Aunt Mable always found something to criticize about everyone, but what did that matter when there was so much else to look forward to? Not the least the big “surprise” Wren’s boyfriend had promised.

She and Adrian Bowker had been going together for more than two years. He was spending a few days in Denver with his folks, but would be flying in to Montana on Christmas Eve.

Wren was almost positive he’d be bringing a ring…and making a proposal.

And she, who had pitied her sister Portia for getting married and having a baby so young, she, who had been so anxious to put education and career ahead of everything, was thrilled.

Somehow over the past year her priorities had shifted. Learning, debating, researching—all activities she still loved—were being overshadowed by a longing for something more. Something involving love, a special man, a home that wasn’t shared with three other roommates, and maybe, eventually, a baby.

A gust of cold air splashed over Wren’s face and snaked past the open buttons of her coat. She clutched the collar of her wool jacket tightly to her throat and scanned the lines of vehicles crowding the arrival lanes.

Wren had texted her twin from the baggage carousel. I’m here! I’ll be waiting outside for you.

The plan was for Portia to pull up to the main doors after that signal. But Wren saw no sign of her.

She checked her phone and saw that a text had just come in. Before she could open it, she heard her name.

A blond man in his late twenties and wearing a lined denim jacket waved a brown suede cowboy hat in the air. He smiled and his blue eyes twinkled as if he knew her.

Wren drew a blank. Surely she’d remember a cute guy like that if she’d met him before.

Then a very old memory surfaced. Wait a minute. Was that Harris Quinby?

Wren pushed her sunglasses up on her head. They’d been teenagers last time she saw Harris, but with a closer look at the approaching man, she knew she was right.

His shoulders had filled out, he’d grown a few inches, and his jaw was firmer. But his hair was still yellow as corn silk, and his eyes were still a perfect match for the great western sky.

Like her, he wasn’t wearing gloves, and she was surprised how warm his calloused palm felt next to her skin.

She’d been fourteen. Her first kiss.

She’d thought she was in love…silly her.

Carrigan Christmas Reunion: A short story is currently available in digital format only: 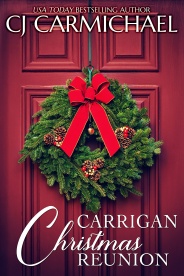 Did you know that Carrigan Christmas Reunion: A short story and many titles are available digitally from Tule's own bookstore? Check it out!