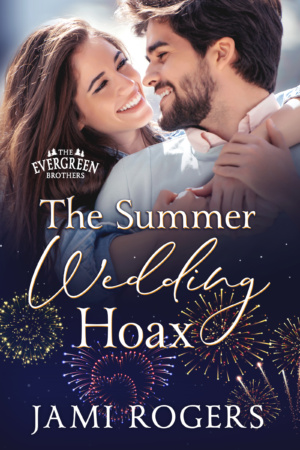 There’s nothing fake about this relationship, but that’s news to both of them.

Everything is falling into place for Will Evergreen. In a few short months, he’ll be moving out of his Wyoming hometown to launch his own business and finally step out of his brothers’ shadows. Will’s more than a cute, former whiz kid and will prove it by growing the family enterprise. Then Ava Robertson, the woman he failed to forget, comes crashing back to town. Suddenly, packing up is the last thing on his agenda.

Moving home isn’t the future Ava planned for herself, but when the job market forces her to do just that, she turns to the childhood buddy she left behind. Will isn’t the same boy she remembers. He’s all man now, so when her mother’s idea of moving forward means matchmaking, Ava begs Will to play the role of doting boyfriend.

Will agrees, but he’s keeping a secret. They’ll spend the summer attending weddings and family events as a couple, but he won’t let the one get away again—even if it costs him his future.

The Summer Wedding Hoax is currently available in digital format only: 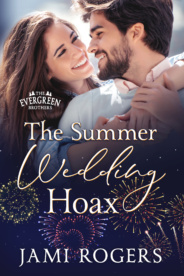