Read more about our new releases for May!

GIVEAWAY: We will pick ONE winner to receive a digital book of their choice from the May releases. Comment down below saying which book you’re looking most forward to reading! Giveaway is open INTERNATIONALLY. The winner will be randomly selected at the end of the month. 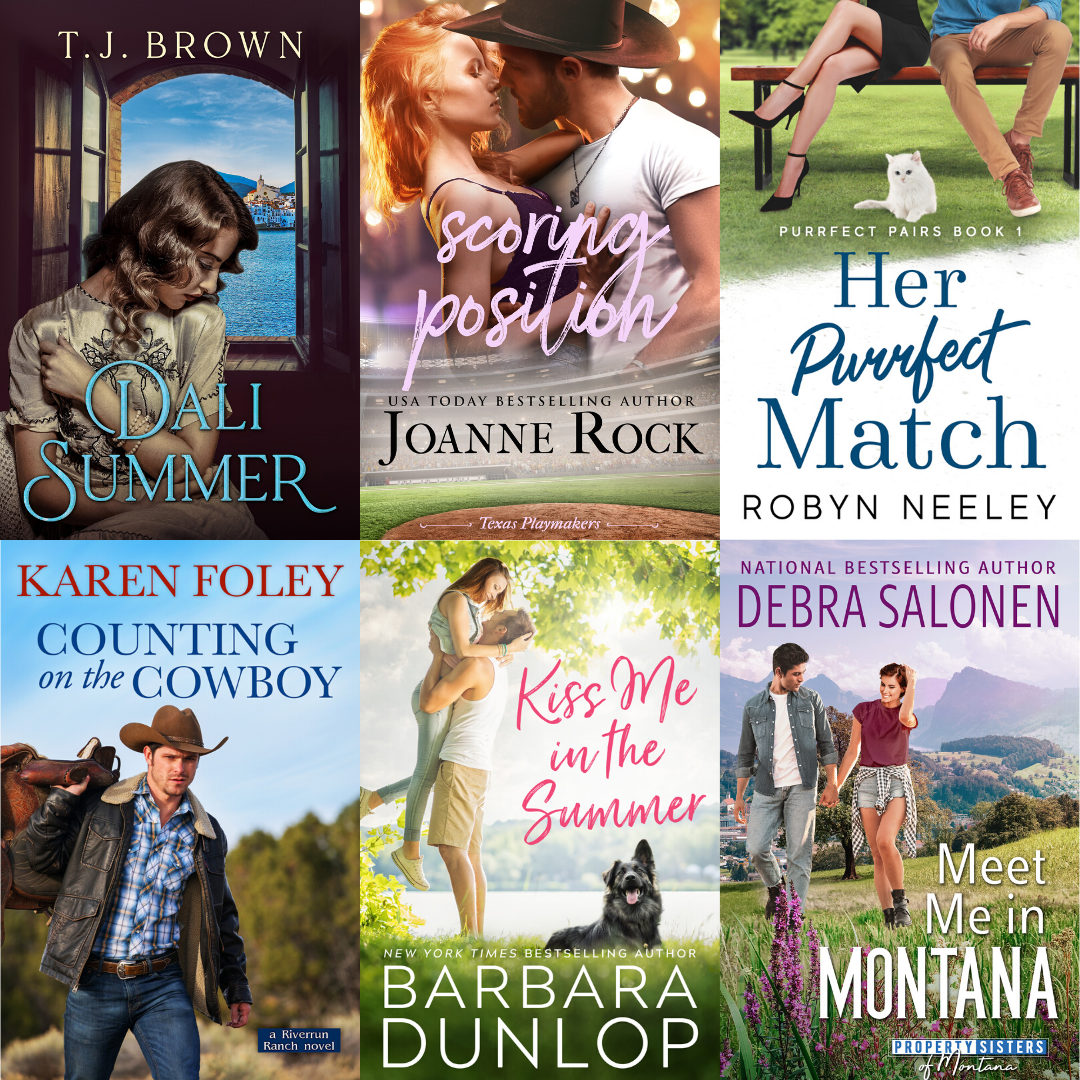 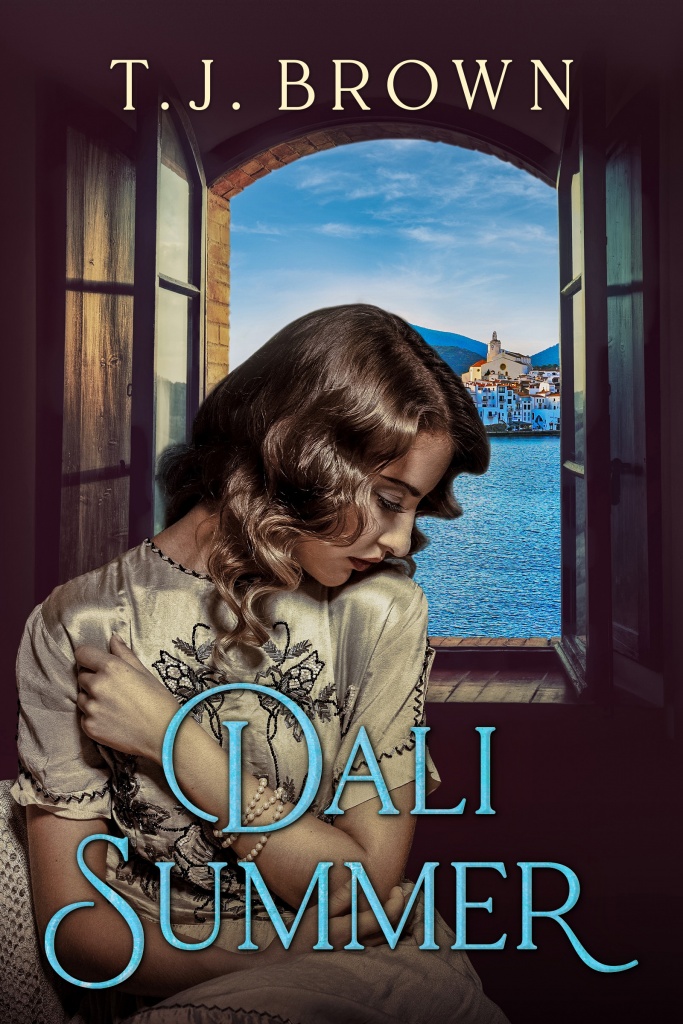 Her wild and vivid visions inspire an icon…

Nothing is more important to prim, colorblind Dolors Posa than family and living down the shame of her illegitimate birth, but when the sudden onset of fantastical visions threaten her sterling reputation, she must search for answers before the inhabitants of the tiny village of Cadaqués brand her as demente—crazy like her mother. In a quest to stop her hallucinations, she befriends a beautiful, intoxicating fortune teller and her handsome anarchist brother, as well as becoming a reluctant muse for thirteen-year-old Salvador Dali. In a summer that changes everything, Dolors must choose between her family’s reputation and a life filled with adventure, friendship, rapturous color and the possibility of love.

Set against the political upheaval of 1917 Spain, Dali Summer captures the fierce spirit of Catalonia, the generosity and stubbornness of its people and the blossoming promise of a woman who thought life was bland and empty and had long ago passed her by. 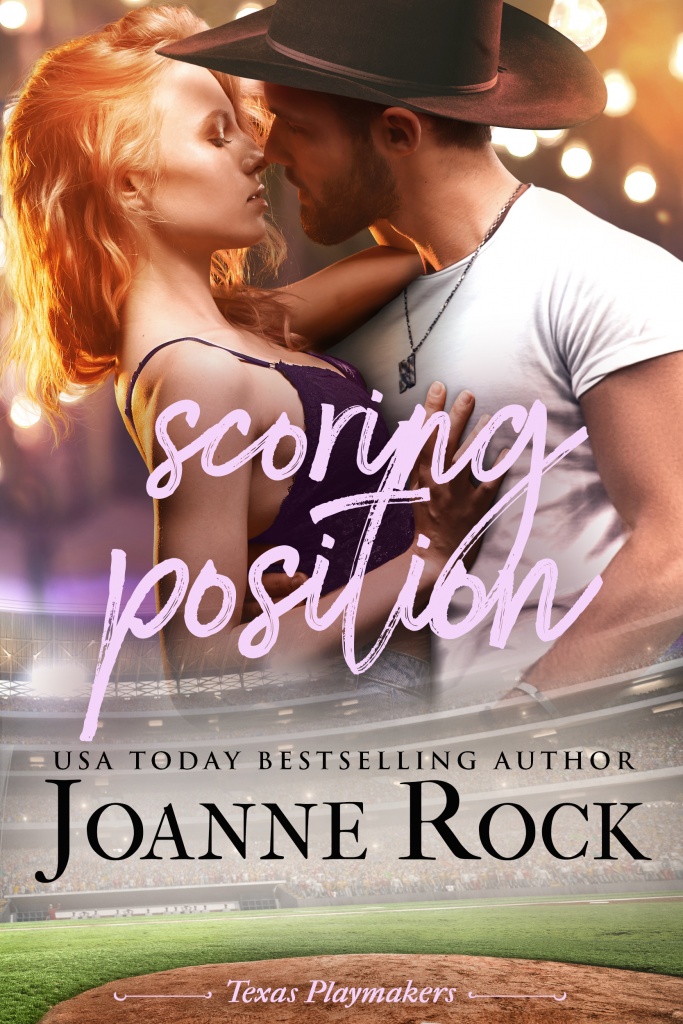 Emma Garcia is ready to put down roots in Last Stand, Texas, and she’s ready for love – but only with someone settled and responsible. Professional wanderers like her ex-boyfriend, ballplayer Wes Ramsey, are exactly what she doesn’t need. Except when Wes walks into the local dance hall during her date with someone else, Emma can’t think about anyone but her sexy ex.

Wes is ready for the ride of his life now that his baseball career is taking off. He just needs to tie up loose ends at his family’s farm before spring training, a task he can’t focus on when the hometown rumor mill informs him that Emma is speed dating her way through the Last Stand locals in a bid to settle down. Wes knows he should leave well enough alone. But one hot look from his ex has him rethinking their split – and determined to show her what she’s missing! 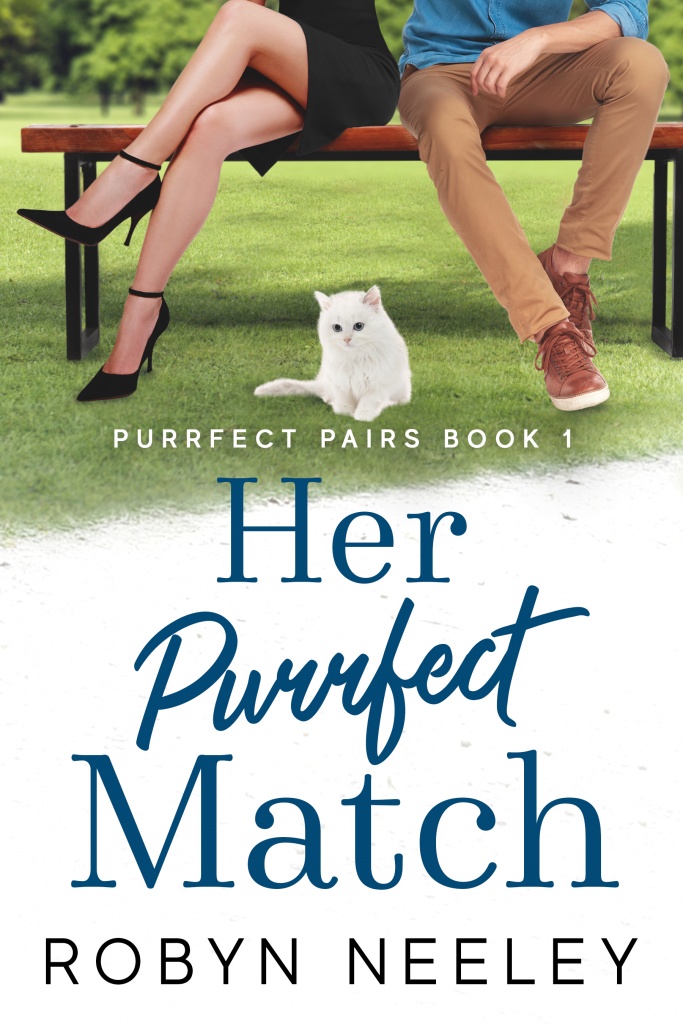 Ad exec Cassie Wilkerson is on the fast track to a Manhattan corner office when she’s suddenly called to quaint Honey Springs, California. She hasn’t visited the town since she was 16, but her aunt has passed away and inexplicably left Cassie her honeybee farm, her matchmaking cat, Belle, and the job of acting mayor.

But Cassie’s quick trip to sort this out turns into a three-week stay. This fish-out-of-water needs the help of the farm’s foreman and her former crush, Nick Porter, to win over the locals. With a few nudges from Belle, old feelings rekindle, and her former fast-paced life no longer seems quite as attractive as a second chance in Honey Springs.

Then Cassie discovers Nick’s been quietly crafting honey-based skin care items, which could be an ideal new product line for one of her big-city clients. But when Nick realizes she’s been making big plans behind his back, he thinks he’ll never be good enough for ambitious Cassie. Can she prove that a future with him in it is all she really needs? Counting on the Cowboy by Karen Foley (Texas Born)

It will take all he has to keep her safe

Luke Claiborne is back in Last Stand, Texas, after a combat injury ends his career as a military K9 handler. Without his working dog by his side, he’s lost his purpose – until he meets a sexy wildlife rehabber who seems determined to save every animal in town. When she puts her own life at risk in the process, it’s clear to Luke that she’s the one who needs rescuing. Before long, his new mission is to show her how perfect they could be together.

Jorie Russell has loved Luke since she was an awkward teenager, but she knows he’s out of her league. She grew up on the wrong side of town, and has spent her whole life trying to prove she’s not like her reckless, irresponsible mother. Luke might act tough, but she can see he is suffering and she’s determined to help him heal. But then a shadow from her past threatens their future.

Can she finally get the happily-ever-after she’s always longed for? 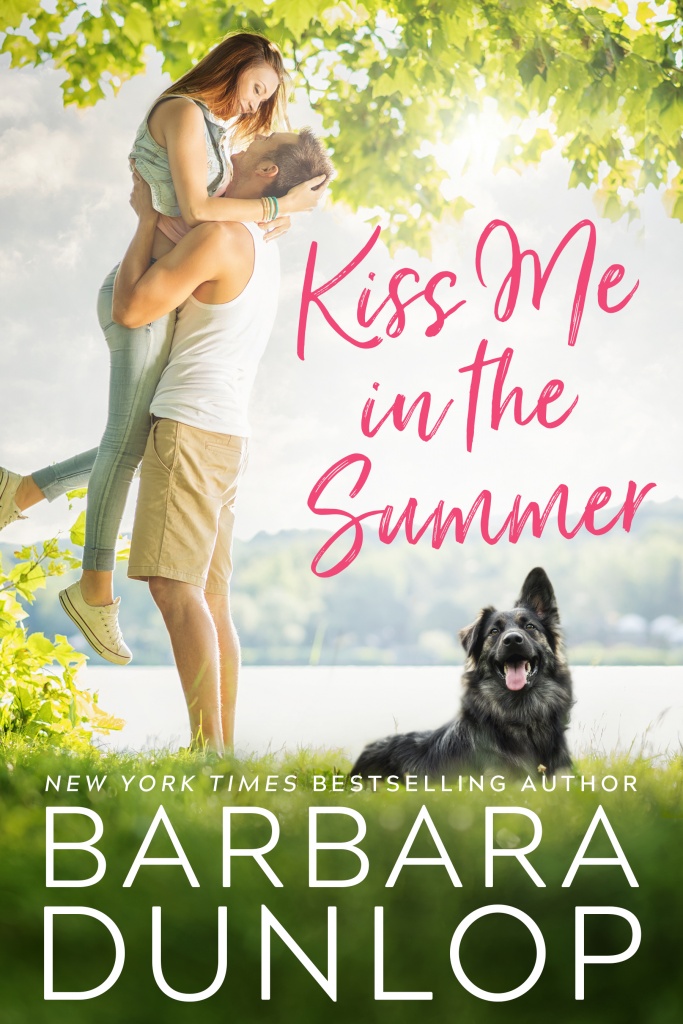 Kiss Me in the Summer by Barbara Dunlop (American Heart)

Can a lovable dog bring two opposites together?

Following an uproarious debacle with a client’s fussy pomsky dog, New York City lawyer Laila Arquette is forced to lay low in the picturesque town of Rutter’s Point on the coast of Maine. Pressed into helping handsome and compassionate veterinarian Josh Rowin with the town’s summer festival dog adoption fair, Laila hides both her fear of dogs and her growing attraction to Josh.

When Josh discovers Laila’s secret, he and Butch, a big, scruffy mix-breed of a dog, are determined to cure her fear. Her feelings for Josh intensify while she forms a special bond with Butch.

But her newfound joy comes at a price – a choice between Josh and the career opportunity of a lifetime. 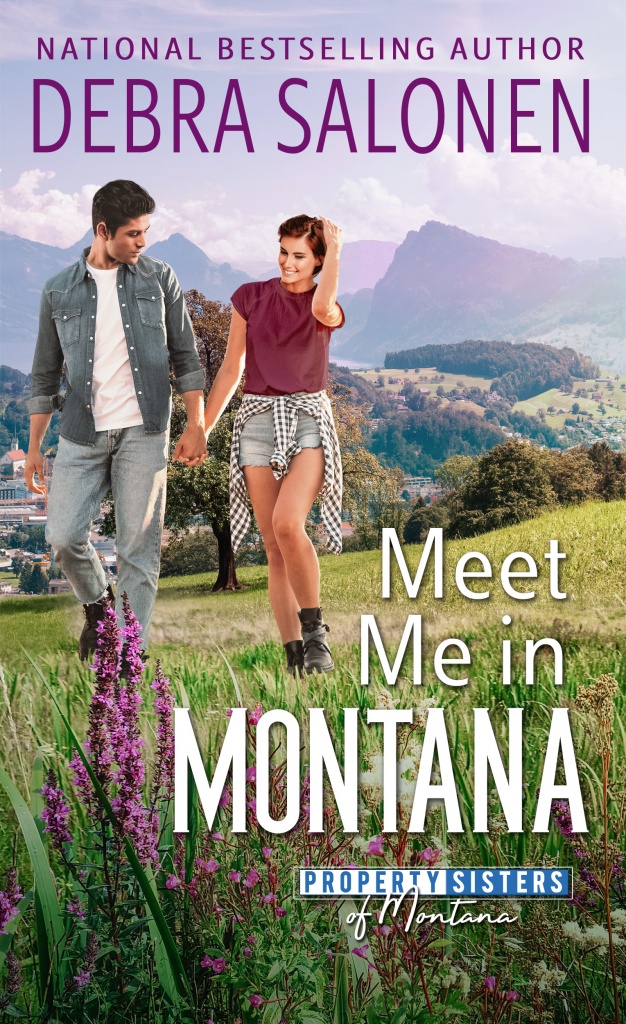 Meet Me in Montana by Debra Salonen (Montana Born)

Who swaps a golden parachute in the Bay Area for a share in a Montana thrift store and pipe dream flipping homes with her two sisters? Ambitious former investment rep Amber McCall who’s never abandoned her dream of a career in design. After working as an apprentice under Trey Brandel to stage the Property Sisters’ first project, Amber wants it all – creative career, babies, and forever love with the man of her dreams. Only Mr. Right has one foot out the door.

Magazine editor and skilled designer Trey Brandel finally has it all – a job at his father’s prestigious art and design magazine, a chance to reconnect with the man he barely knows, and the “big city life” he missed since his parents divorced. His time in Montana was temporary – helping his mom recover – but Amber is impossible to forget.

Is he making the worst mistake of his life by walking away? 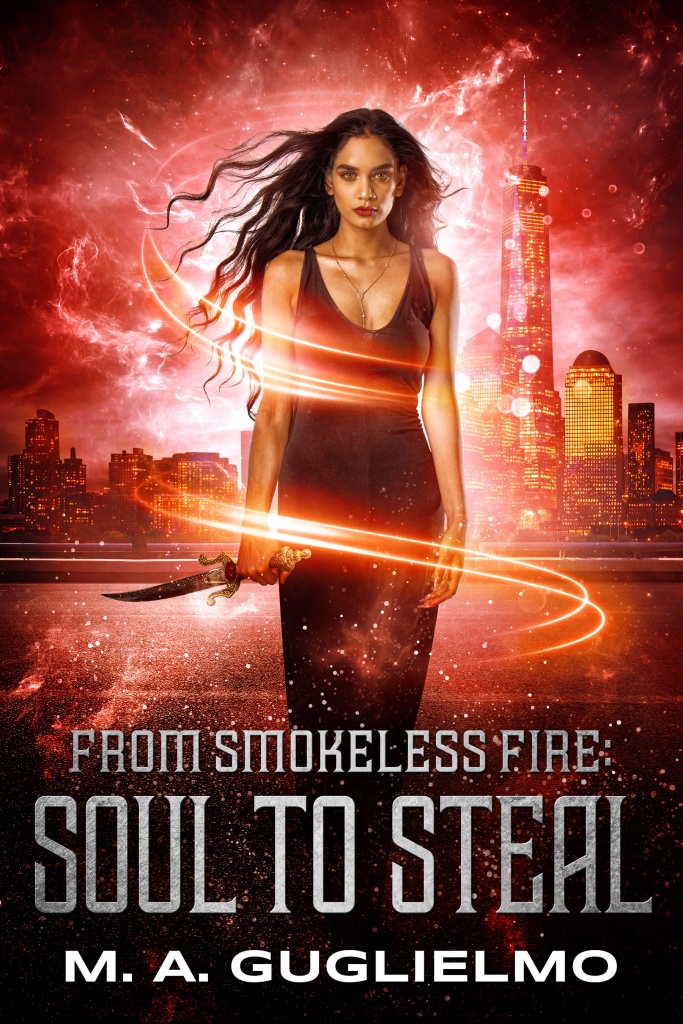 She’s stolen souls, she’s stolen cars, but is Zahara foolish enough to lose her heart to her former enemy?

Zahara, a jinn who’d rather go shopping than haunting, is back in the human world enjoying cool fashion, hot cars, and hotter men—anything to avoid obsessing over Harut, the fallen angel who saved her life and stole her heart in Morocco. Besides, her usually disapproving mother has given her an important quest: find and protect a half-human cousin who’s gained strange new magical powers.

Jo Bianchi adores fixing cars, country music, and her Iranian-American girlfriend, Parisa. Even after Harut saves her life when she’s attacked by a magical bird from Persian legend, and Zahara pops in to talk her into an out-of-this-world family reunion, Jo doesn’t want to believe she’s been marked for death because of a cursed gift, or that she and her girlfriend’s supernatural relatives are bitter enemies.

As battle lines are drawn between magical tribes, Zahara’s forced to choose between her family and her feelings for Harut, while Jo is stunned to discover she and Parisa are on opposite sides. And while the fighting rages, a far greater threat to them all is waiting to be unleashed… 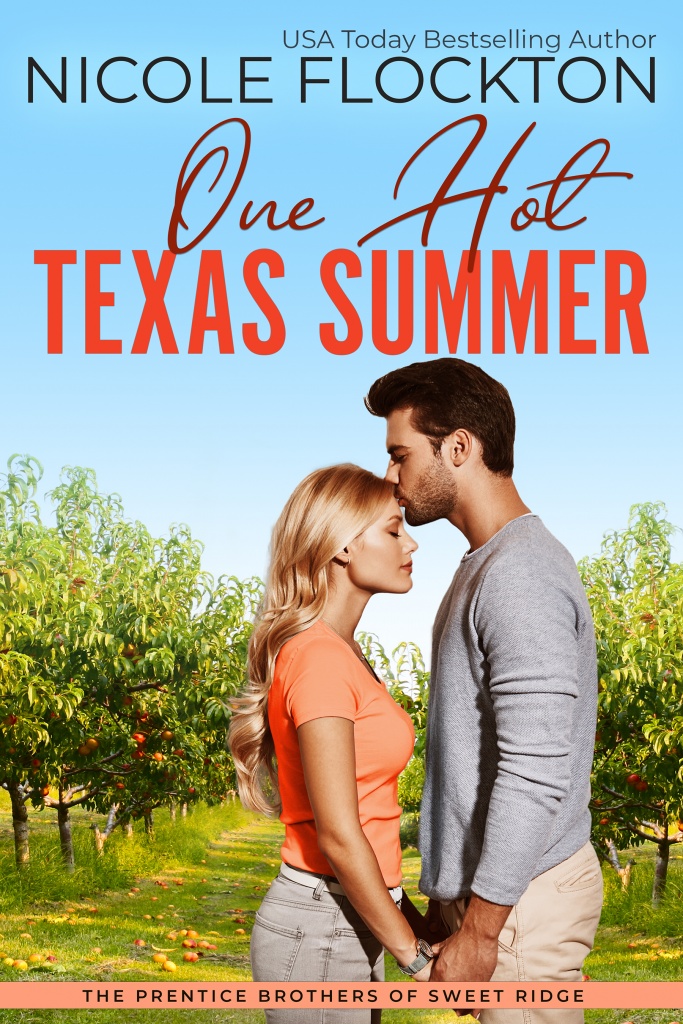 She’s been fooled before by sweet words and hot kisses

Kelly Turner loves being a florist, and being asked to take the lead on the new site for the town’s festival is an honor. If only she didn’t have to work closely with the town player, Tate Prentice. After being burned once by a serial cheater, her inconvenient attraction toward Tate needs to be nipped in the bud.

Tate Prentice’s focus is on ensuring his father recovers fully from his stroke and making sure the family’s peach farm continues to thrive. When his brother nominates the farm to be the satellite site for the festival, he’s less than impressed. The only good thing is he’ll be working with Kelly – even though he knows she’ll never give him a second glance, not with his reputation.

The more time Kelly spends with Tate, the more she sees the man behind the reputation. Can she trust her instincts, or will her heart be broken once again? 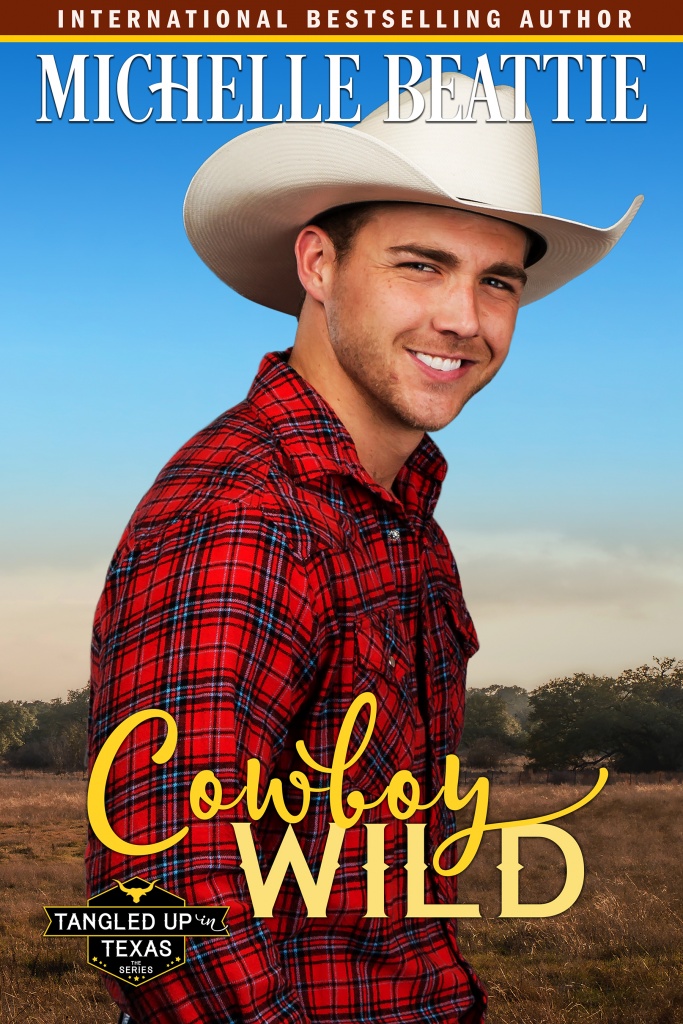 Tangled Up in Texas, Book 3

Kara Montgomery didn’t plan on being a runaway bride but even years of bowing to her parents’ expectations can’t bring her to marry a man she doesn’t love. Choosing to take her planned vacation doing things she’s always dreamed of, Kara heads to the closest rodeo.

Finding a woman in his stock trailer isn’t uncommon for tie-down roper Cam Granger. Finding one holding a wedding dress is. When Cam learns of Kara’s desire to experience life on a ranch, he does something he’s never done before; he takes a woman home.

Working with Cam feeds her soul in the way her career never did; Kara feels like she truly belongs.

Hot kisses and passionate lovemaking dispel the doubts crowding in Cam’s head, but, when their worlds collide, he wonders if a woman of her class and means could ever be happy with a cowboy. While Cam fears tying Kara down might not be a possibility after all, Kara is faced with a heart-wrenching ultimatum that is sure to leave her shattered. 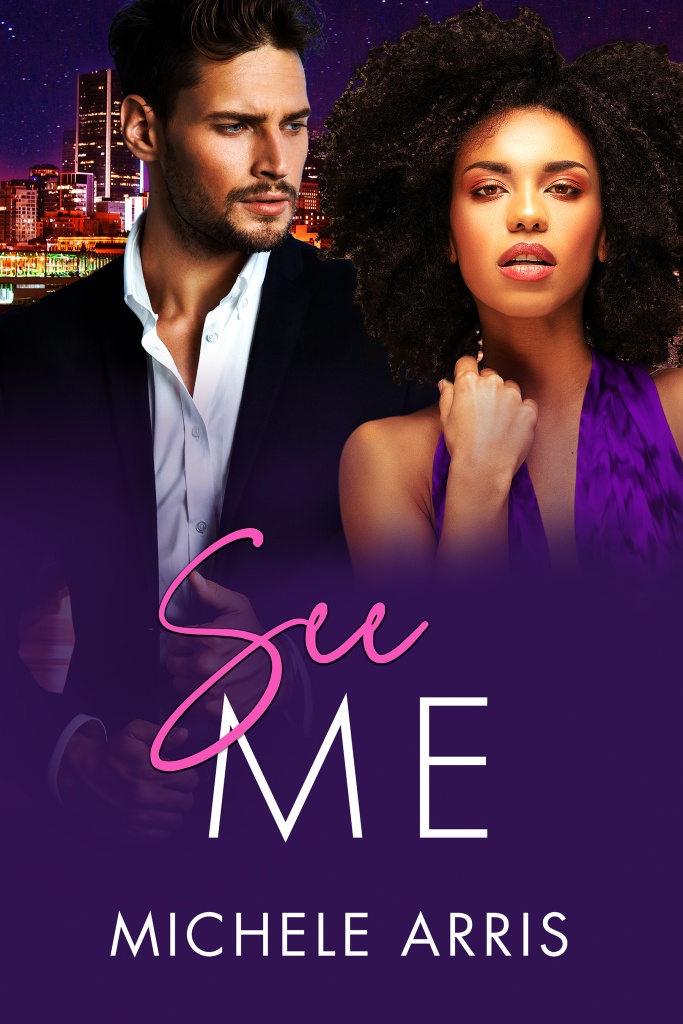 She believes in family…

Ever since Kennedi Chase was a little girl, she dreamed of one day owning her mother’s bakery boutique, Chase Confections. Now that she does, she’ll do everything she can to keep it running. When a hotshot businessman—emphasis on hot—threatens everything she holds dear, Kennedi bakes up an unconventional plan to protect her family legacy.

He believes in himself…

Real estate developer Trenton Shaw will do anything to succeed. After a bitter divorce, he’s poured his heart and soul into achieving his professional goals. A new parking garage on the Washington D.C. Wharf is essential to his casino. He won’t let a cake baker get in his way, no matter how gorgeous, tenacious, and irresistibly charming she seems to be.

There’s no denying the sizzling attraction as professional entanglements become highly personal. But when Trenton discovers Kennedi’s secret, she’s forced into a desperate choice. Should she protect her family or her heart?