Read more about our new releases for November!

GIVEAWAY: We will pick ONE winner to receive a digital book of their choice from the November releases. Comment down below saying which book you’re looking most forward to reading! Giveaway is open INTERNATIONALLY. The winner will be randomly selected at the end of the month. 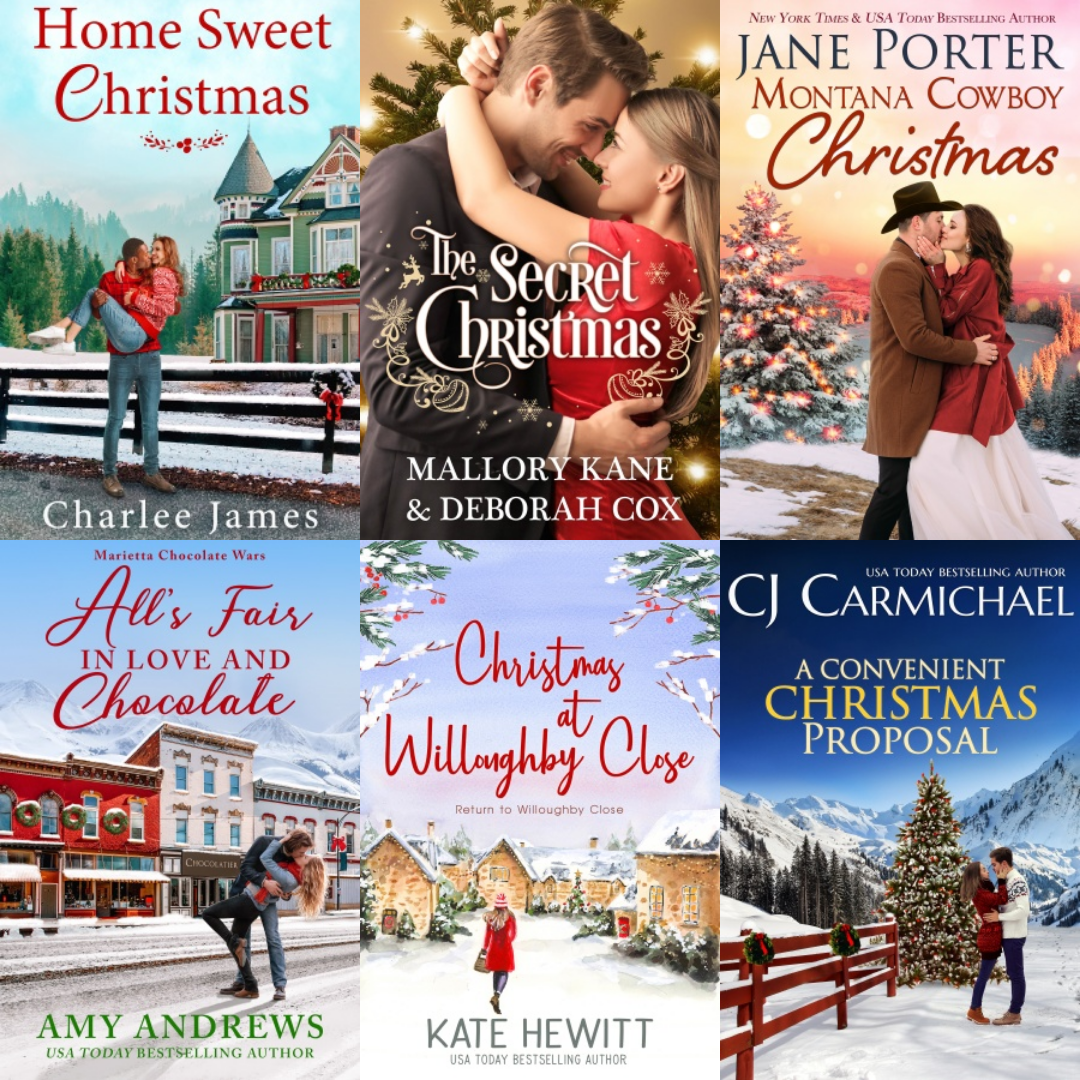 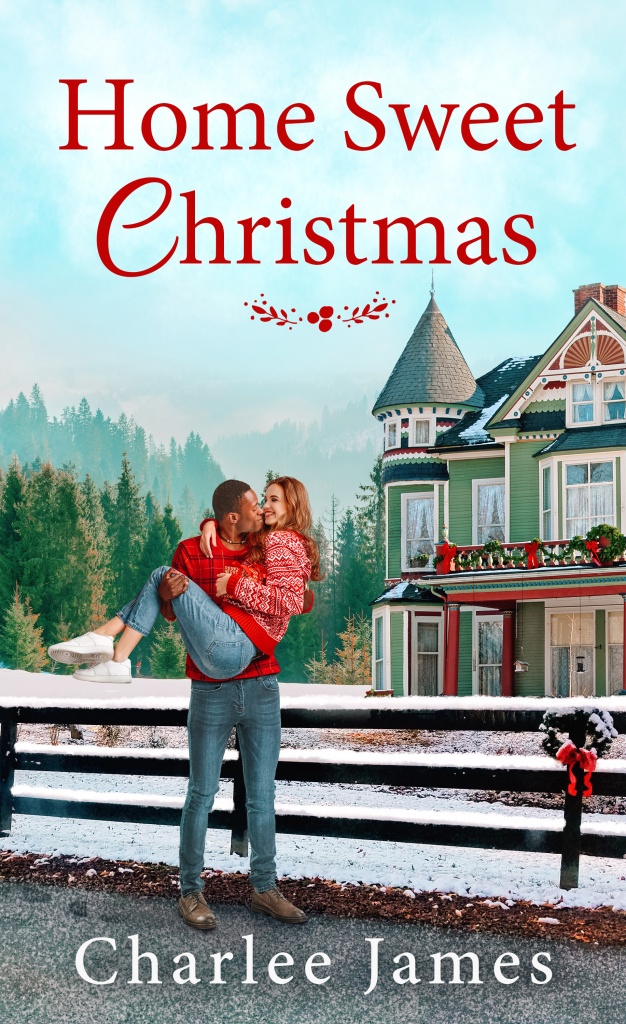 Pastry chef Kayla Hunter spent her childhood in The Candy Manor, a charming Victorian mansion that housed her grandparents’ chocolate business. After moving to the city to make her culinary mark, Kayla returns home to help with Hollybrook’s Christmas Eve Spectacular. But everything has changed. Her grandparents are retiring and selling their business and home, and this year they’ve left her in charge of holiday preparations with Hollybrook’s distractingly-handsome new lawyer.

Attorney Dominick Rowe left the hustle of the city and never looked back. Growing up with workaholic parents, he longed for the slow pace of a small town like Hollybrook. He’s happy to step up when his favorite clients ask him to work their beloved Christmas event. He’s less comfortable with Operation Mistletoe—their covert attempt to remind their granddaughter of how much she loves The Candy Manor and persuade her to move home. But when he meets Kayla and falls hard, his loyalties become divided.

Will their opposing hearts melt with holiday magic, or have Kayla’s grandparents stirred up too much trouble? 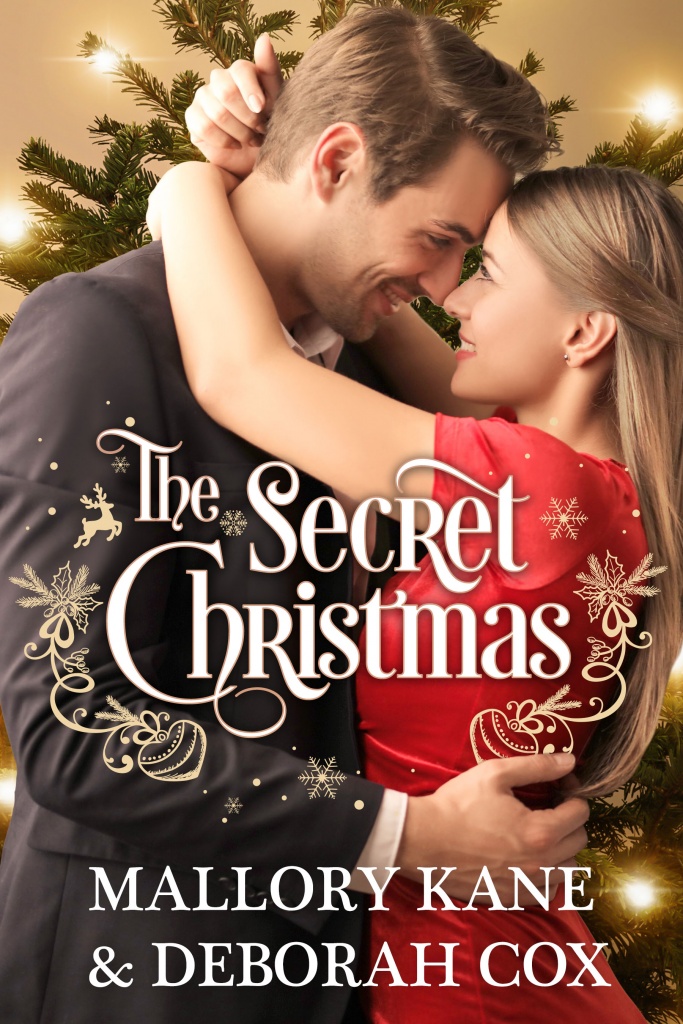 Can two childhood friends return the spirit of Christmas to this small town?

When Nicholas Frost comes back to Christmas Valley, he’s shocked. The town he fondly remembered as a Christmas wonderland is now completely barren of the season. He learns that his landlord uncle banned his business tenants—everyone in town—from openly celebrating Christmas after his wife died. When his uncle demands that he spy on the townspeople, Nick is torn. Should he choose family loyalty or his heart?

Christmas Valley restaurant owner Angela Corker isn’t happy to see Nicky Frost again. After his uncle banned Christmas, the residents have been struggling financially. So every year she puts on a “Secret Christmas” celebration for the town. Nick is beyond handsome and friendly, but can she trust him with her secret when his uncle is the town Grinch?

They both have secrets, but as they join forces to bring back the joy of Christmas, they discover so much more than they were looking for. 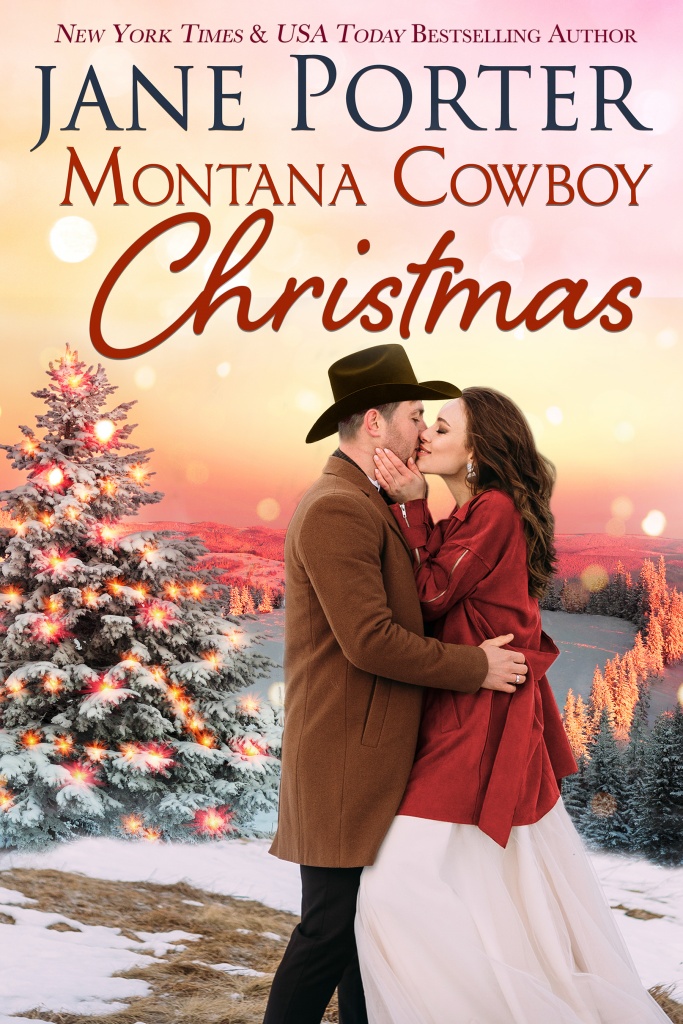 It’s almost Christmas and nationally-ranked barrel racer Ivy Wyckoff has returned home to Montana desperate for a miracle. A cowgirl to her bones, she’s always solved her own problems, but when her ex—rodeo champ, Sam Wyatt—shows up offering more than a shoulder to cry on, Ivy’s tempted to grab the safety line he throws.

Sam Wyatt just wrapped his most successful year on the PRCA circuit. After long days and even longer nights, all he wants is a quiet holiday on his family’s Paradise Valley ranch…until he sees Ivy again. He can tell she’s in trouble. They may have called it quits two years ago, but she’s the one woman he regretted walking away from.

Sam will do anything to keep Ivy safe, including putting a ring on her finger and sharing his name with her this Christmas. 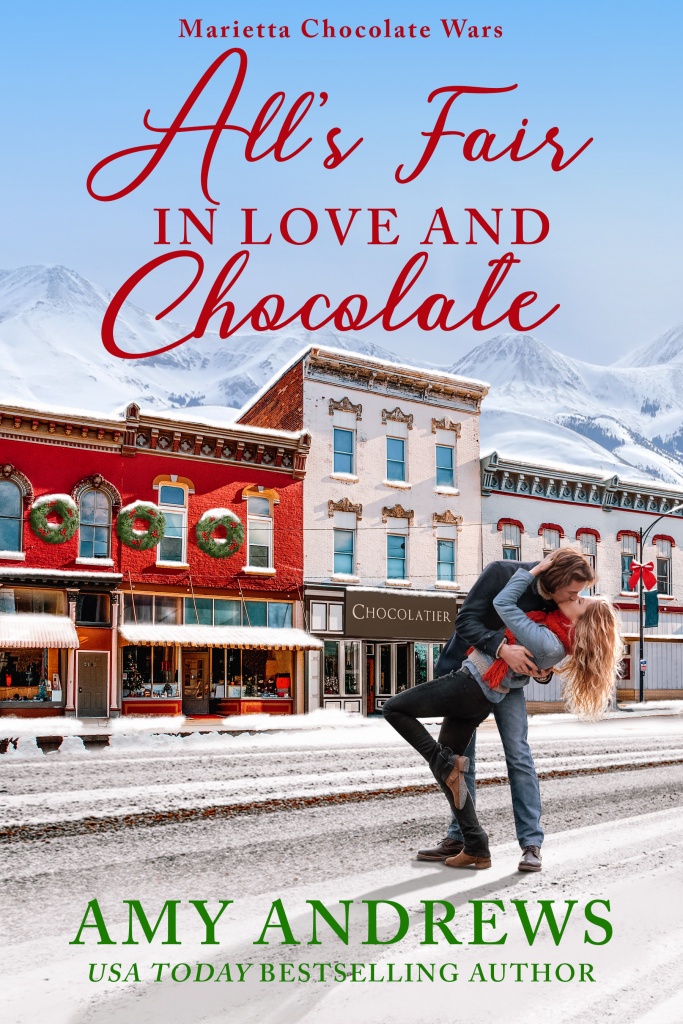 When it comes to love and chocolate, it’s game on…

When traveling chocolatier Vivian Dawson comes to Marietta to open Delish, a chain chocolate shop, she’s unfazed by angry locals. She’s not looking for friends—she’s the competition, and her target is Sage O’Dell’s Copper Mountain Chocolates. To create marketing buzz and a friendly rivalry, Vivian declares Delish’s hot chocolate the best in town and will prove it at Marietta’s Christmas Stroll. Everyone takes a side, and Vivian hopes a certain deputy will take hers for another unforgettable night.

Sheriff’s deputy Reuben Price can’t believe his luck when the woman he’s been thinking about since a rebound one-night stand opens a shop in town. He’s shocked when Marietta’s normally friendly citizens become hostile, but he’s ready to welcome Vivian with open arms and more.

As Vivian is seduced by the charming town and the sexy deputy, she wonders if she’s finally found a home. But when tragedy strikes before Christmas, will Vivian run like she always has or will her growing feelings convince her to stay? 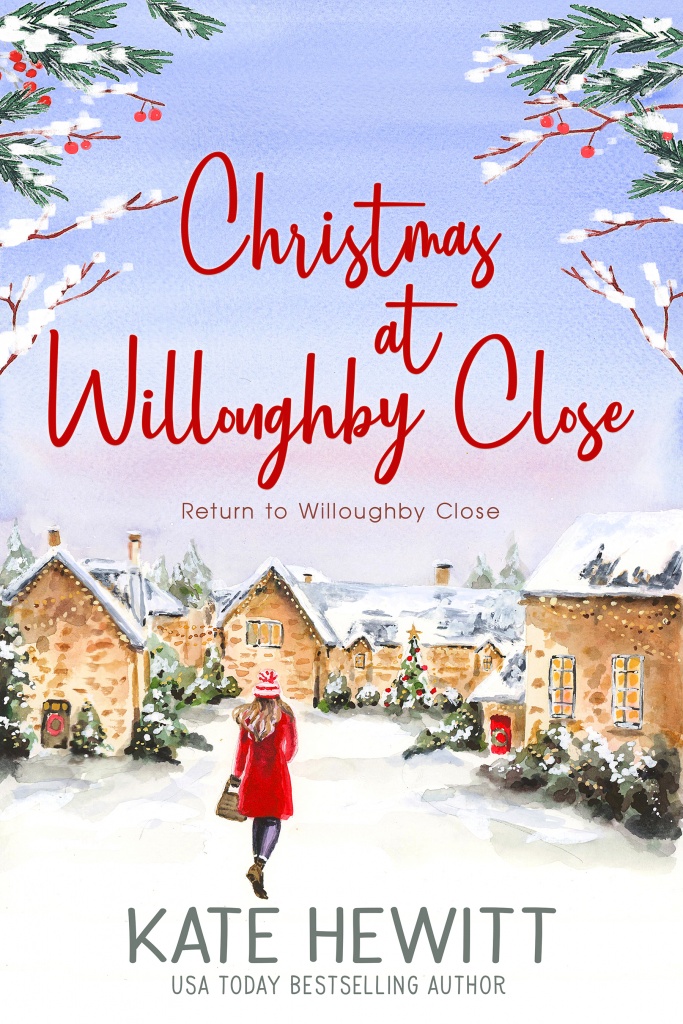 Welcome back to Willoughby Close, with four new residents and happy endings to deliver…

Belinda ‘Lindy’ Jamison has moved to the Cotswolds for a fresh start and to open a dancing school—her lifelong dream. Pushing forty and still looking for Mr. Right, Lindy is determined to no longer wait for happiness but to reach for it with both hands. So she packs up her life and heads south to Wychwood-on-Lea to start up her school.

Soon Lindy has a motley crew of would-be dancers. But her most intriguing pupil is Roger Wentworth, a forty-something bachelor with a shy and awkward manner, but a heart of blazing gold. When Lindy decides to showcase her pupils in a Christmas show, Roger is deeply reluctant but finally agrees. Lindy longs to bring Roger out of his shell—but she didn’t expect to fall in love with him in the process.

Soon it is Roger teaching her how two lonely hearts might be able to embrace a second chance this Christmas…if they can just believe they’re both worthy of love. 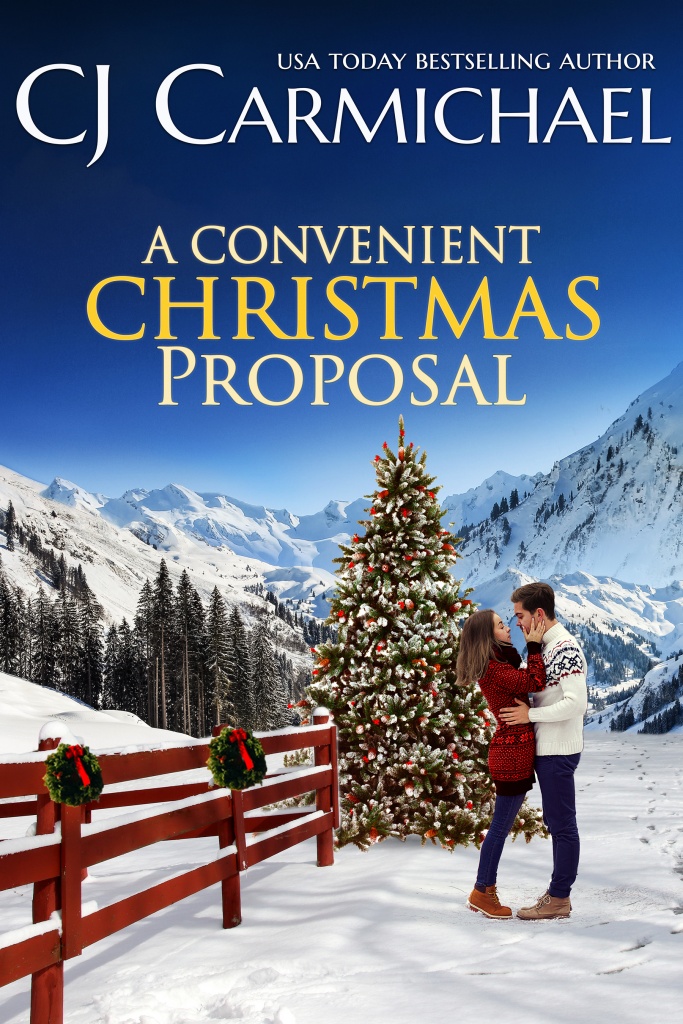 When Patrol Officer Kelly Shannon answers a suspected DUI call that results in the suspect’s death, she has to deliver the grim news to his young family, including his brother—her friend and crush, Mick. Kelly convinces herself that she’s only making amends when Mick begs for help looking out for his niece and nephew as his sister-in-law grieves and neglects her young children. But as Christmas approaches, Kelly admits the truth. She’s falling in love.

Journalist Mick Mizzoni spent his life trying to keep his younger brother out of trouble. When he gains temporary guardianship over his niece and nephew, he crosses the professional line he drew years ago and turns to Kelly Shannon for help. As she embraces him and his new family, she gives him hope that this Christmas could be different.

With their happiness hanging by a thread, Kelly hopes for a Christmas miracle, but Mick, who’s not as jaded as he thought, wants so much more. 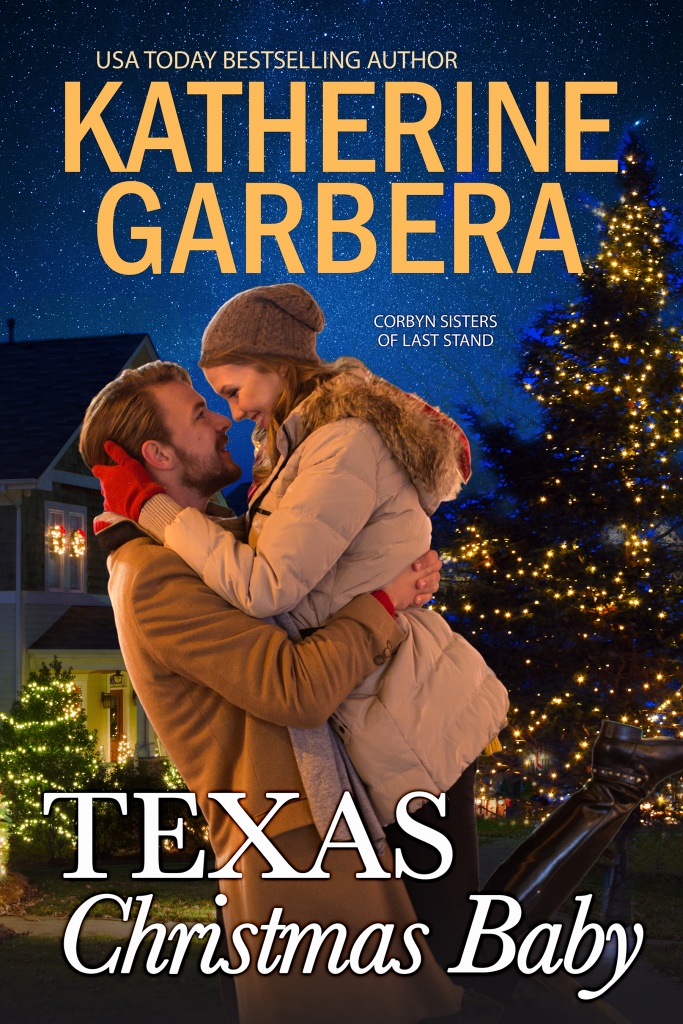 They have more than one surprise in store this Christmas Eve…

Zara Mitchell is about to be a single mother. After finding out her baby’s father lied about everything, she’s decidedly on her own. But when her car breaks down outside Last Stand, Texas, she’s rescued by the most beautiful man she’s laid eyes on. He’s her knight in shining armor, and Zara is starting to believe in fairy tales.

J.T. Williams has a charmed life, or so he thought until his parents’ marriage deteriorated and exposed a half-sister, Amelia, in Last Stand. Intent to make up for his father’s shortcomings, he sets out to meet her but is derailed when he comes across a pregnant beauty stranded outside of town. And when he learns that Zara and Amelia are best friends, he impulsively decides to hide his identity to get to know both women without added pressure.

As Christmas nears, J.T. and Zara find themselves giving in to their feelings. But J.T.’s well-intentioned lie might cost him everything.